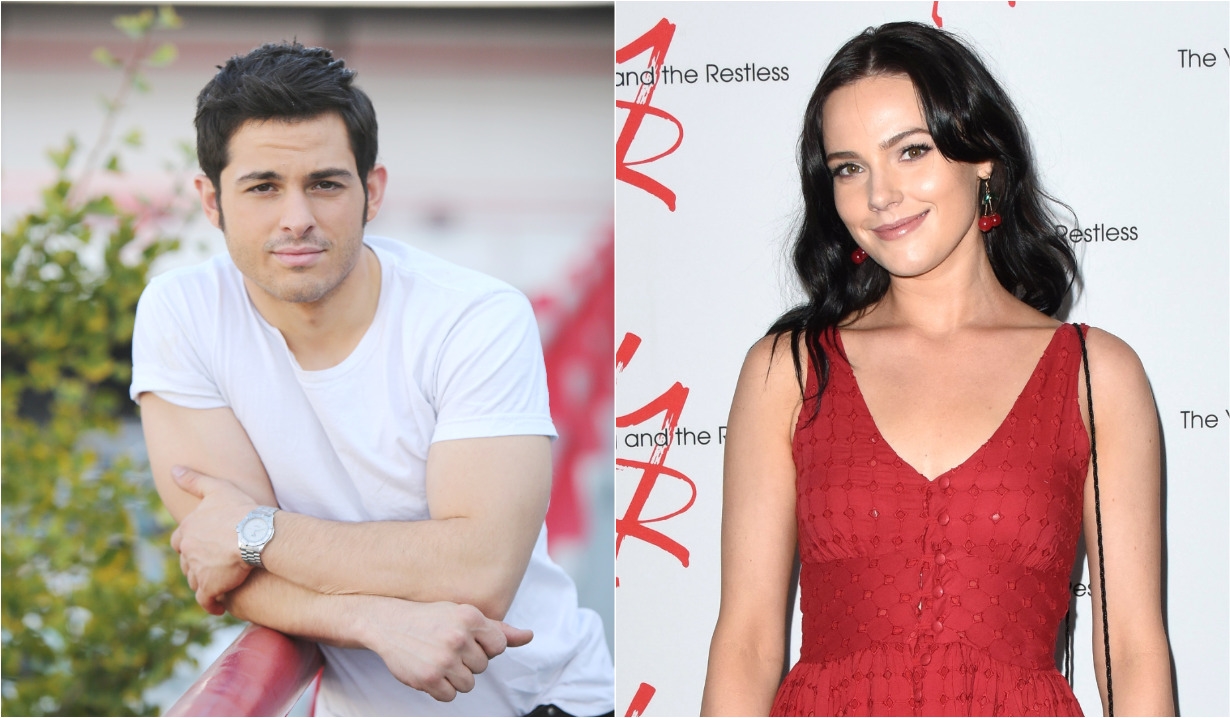 Young and Restless actor declares his love on a very special day.

Young and the Restless actor Zach Tinker, who was recast as Fenmore Baldwin in 2018, took to Instagram to pay tribute to his co-star and real-life love, Cait Fairbanks, who plays Tessa Porter, on her 27th birthday. The actor shared a series of beautiful photos of Fairbanks, snaps of the couple canoodling together, and a few goofy videos of the pair, reminiscent of the hilarious security video Tinker shared of Fairbanks in June, along with the caption, “They say a picture is worth a thousand words. Well here’s 8 pictures and 2 videos, so that must be at least like 10,000 words, right?” Clearly head over heels for his girl, he then turned serious and declared, “I love you Caitlin. So damn much. Enjoy your day,” and placed three red hearts beside it. So romantic!

They say a picture is worth a thousand words. Well here’s 8 pictures and 2 videos, so that must be at least like 10,000 words, right? I love you Caitlin. So damn much. Enjoy your day ❤️❤️❤️

Fairbanks returned the sentiment in the comments, and replied, “Aw I love you ♥️♥️♥️♥️!!! This is so sweet.” The actress also shared photos on her account to mark the occasion of turning 27 years old, and simply stated, “27!” She posted a few throwback snapshots of herself, birthday greetings from others, and some photos that appeared to represent moments from throughout her special day.

Tinker commented beneath the post to say, “My love!” as did Young and Restless castmates Melissa Ordway (Abby Newman), Michael Mealor (Kyle Abbott), Greg Rikaart (Kevin Fisher), Jason Thompson (Billy Abbott), Kate Linder (Esther Valentine), and past cast member Tamara Clatterbuck, who played Alice Johnson. Fans may recall that Alice, who was Cassie Newman’s (Camryn Grimes) adopted mother when she was very young, turned up as part of the Young and Restless storyline surrounding Tessa’s sister, Crystal (Morgan Obenreder), who got caught up in a sex-trafficking ring that was busted by Tessa’s girlfriend and Cassie’s twin sister, Mariah’s, mom Sharon Newman (Sharon Case).

Feel free to peruse the gallery to see photos of other Young and Restless stars with their real-life partners, and sign up for Soaps.com’s newsletter to get the latest soap news and features delivered straight to your inbox.

Young and the Restless' Victoria...

Young and the Restless Alum Reveals...