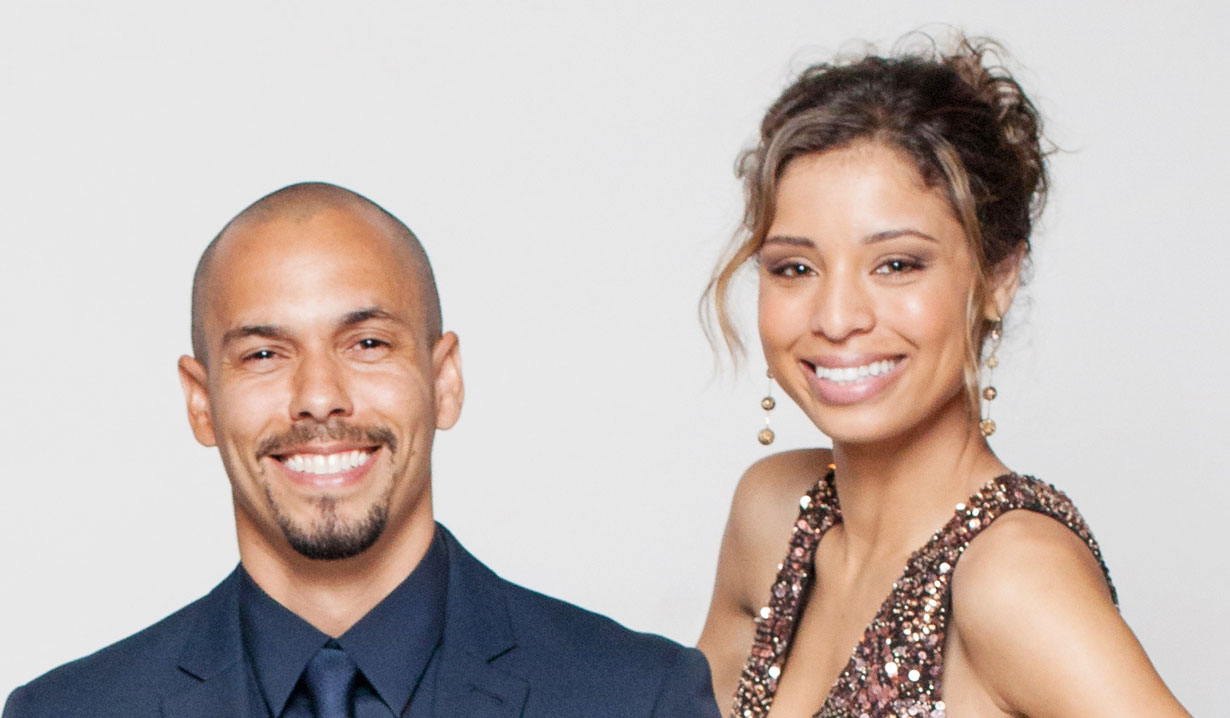 The real-life lovebirds are inviting you to join them for a Zoom! chat for a good cause.

You can join Young & Restless’ Brytni Sarpy and Bryton James, who play lovers Elena Dawson and Devon James on-screen, but are also a real-life couple, for a special 75 minute fun-filled Zoom! chat. Ticket prices vary but begin at $25 dollars for general admission and are limited to 50 people. At this price, you will be able to ask questions via chat, and watch the event, but not be on screen with the stars. At the $40 dollar range, limited to 10 tickets, you will appear on the screen with the actors for the full 75 minutes. For $99 dollars, of which there are only 15 tickets, you get the full 75 minutes on screen and also get an additional 30-minute post-Zoom! event with extensive interaction with James and Sarpy. You will also get a private video from the to you within 7 days of the event. The event will be held on August 2 at 8:00 PM EST. Visit Eventbrite for tickets and more information.

The event is a benefit for the Fair Fight organization, which promotes fair elections in Georgia and around the country. They also encourage voter participation in elections and educate voters about elections and their voting rights, while also advocating for election reform at all levels. Georgia’s 2018 election was fraught with problems, including mismanagement, irregularities, and unbelievably long lines, which exposed recent and decades-long actions and inactions by the state to thwart the right to vote. Voter suppression of voters of color and young voters is a scourge our country faces in states across the nation. Fair Fight PAC has initiated programs to support voter protection programs at state parties around the country and is engaging in partnerships to support and elect pro voting rights, progressive leaders.

We have 100 days until Election Day. Join me and @iamavoter in our mission to register 100,000 voters on this #RegisterAFriendDay. Step 1: Text FRIENDS to 26797 to make sure you are registered to vote. Step 2: Share this post and tag 5 friends! Drop a 🖤 if you’re registered!!

Sarpy recently posted a photo of herself with her I Voted sticker and wrote, “We have 100 days until Election Day. Join me and @iamavoter in our mission to register 100,000 voters on this #RegisterAFriendDay.”

Educate yourself and vote

James also shared his own I Voted sticker and encouraged people to educate themselves and vote.

Browse our gallery below for more real-life soap couples. Then in order to get the latest soapy news sent to your inbox daily subscribe to Soaps.com’s newsletter.

Young and the Restless Alum Shemar...