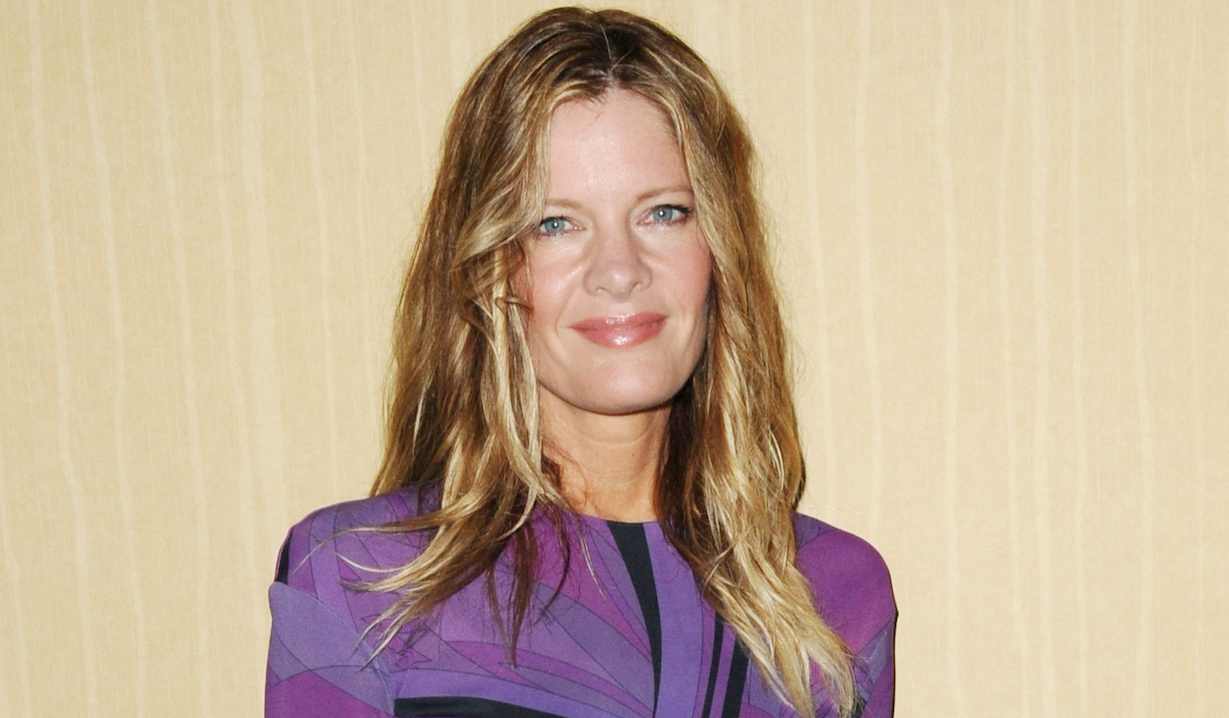 We doubt there’s a mother reading this who won’t relate to the challenge to which she’s rising.

The Young and the Restless‘ Michelle Stafford (Phyllis) was aware when she accepted the Women Supporting Women Instagram challenge that “we aren’t supposed to write anything.” But she’d been tagged by some “amazing women friends,” among them Vinessa Antoine (formerly Jordan on General Hospital), Terri Conn (formerly Katie on As the World Turns) and The Good Witch‘s Catherine Bell — and had something that she needed to get off her chest.

So, after posting a suitable-for-framing black-and-white portrait of herself, the actress put up a second image, of her 10-year-old daughter, Natalia. In the caption, the Daytime Emmy winner wrote, “Let’s not all forget to impart our strength and wisdom on our next generation. Raising girls who are strong, intelligent, kind, loving and fair.

“Man, I’m trying,” she continued. “I try to keep ahead of the influence of social media and peer pressure. It’s hard man… really hard.”

But there can be no doubt that Stafford will bring up Natalia to be a force to be reckoned with. “It’s tough out there for our younger girls… but us women, we are strong naturally, and let’s not forget… it does take a village,” wrote Stafford, whose son, Jameson, turns 5 in October. “I support any and every woman out there trying to raise their babies in today’s world. I feel you, and I got you, girls.”

#challengeaccepted I know we aren’t supposed to write anything but these amazing women friends of mine… @therealvinessaantoine @agathaachindu @therealcatherinebell @cindypinkceo and @natashahenstridge @sunny.jensen @terriconnqvc @danabarbourfit tagged me… but really, let’s not all forget to impart our strength and wisdom on our next generation. Raising girls who are strong, intelligent, kind, loving and fair. Man, I’m trying. I try to keep ahead of the influence of Social Media and peer pressure. It’s hard man… REALLY hard. It’s tough out there for our younger girls…but us women, we are strong naturally and let’s not forget.. it does take a village. I support ANY and EVERY woman out there trying to raise their babies in today’s world. I feel you and I got you girls. ❤️

While you’re here, you might also enjoy the below photo gallery of the cast of The Young and the Restless.

The Young and the Restless' Bryton...