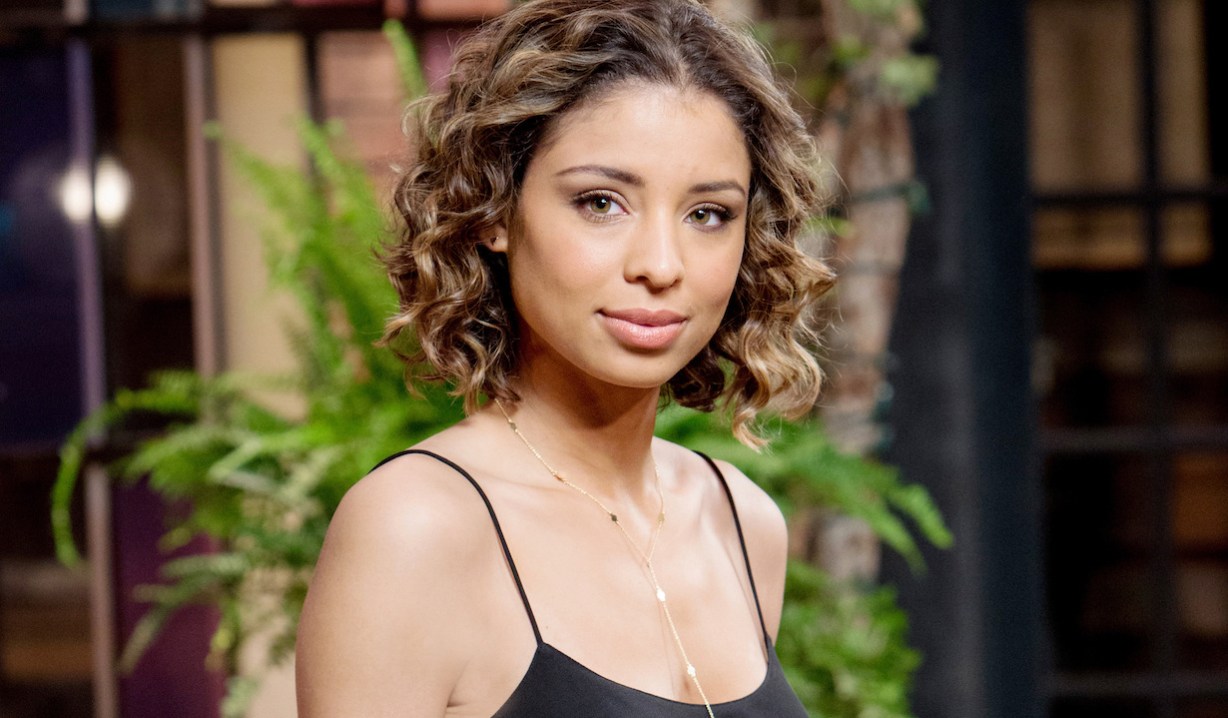 Elena’s portrayer speaks from the heart in a revealing new interview.

The Young and the Restless’ Brytni Sarpy (Elena) got uncommonly candid as a guest on Boo2Bullying’s 1on1 Q&A series Tuesday. First, she observed that, at this unique time in history, hopefully, “we’re all realizing what’s really important.”

The General Hospital alum (who originated the role of Valerie) then went on to discuss the emotions that had been brought up for her amid the Black Lives Matter movement. “It’s been really interesting for me to go back into the recesses of my mind and pull out those feelings that I’ve buried,” she said. Being of mixed race, “I’m not always at the forefront of the most blatant racism.”

But she had noticed in her career that when producers expressed a desire to cast an actor of color, “the need for the minority was about diversifying, about making people happy on the surface, filling a quota. ‘Is there an Asian there? Great! Done!’

“It was less about inclusivity, which is about wanting to hear the voice of [another perspective],” she continued. “We’re all about checking boxes… [But] are we actually digging deep and listening to the cries of the people who are disenfranchised, who actually have problems? I don’t think we are. That’s what I’ve dealt with in this industry — [a lack of] caring about hearing someone else’s voice.”

She has an idea about how to turn the tide, however. (Y&R’s former Dru, Victoria Rowell, likely would agree.) Inclusivity “has to be everywhere,” Sarpy said. “By having a production that’s 98-percent white behind the scenes and in front of the camera, and one Black person, do we really feel like that’s representative of that person’s slice of life?” We think not.

Later in the interview, Sarpy opened up about her battles with anxiety and depression. “It comes in waves,” she shared. Thankfully, “I haven’t had a very bad episode… in probably a year and a half or two years. But [in the past] I’ve been stuck in that place for upwards of three years.

“I managed my emotions incorrectly for a lot of years,” she went on. “I didn’t grow up with tools, because my parents didn’t grow up with tools, to manage my anger and disappointment.” So she developed a “fear-based” response to the world, one that persisted until she “reshaped my own spirituality” and, in a way, put heart over mind. “All of it for me boils down to love and fear.”

If Sarpy could go back and give her younger self one piece of advice, she said that it would be this: “Don’t be afraid. It took me a decade to figure out how to stop fearing life. Being afraid is just the most crippling, horrible feeling ever, and it’s stopped me from doing so many things… and been the catalyst for my depression.”

To watch the full Q&A with host Cassandra Scerbo, press PLAY on the video above. When you’re done, you might also enjoy checking out the below photos, a gallery of pictures of the stars of The Young and the Restless and their real-life significant others.