Fans of Bryton James and Brytni Sarpy Can Chillax — The Young and the Restless *Can’t* Break Up Devon and Elena, and Here’s Why! 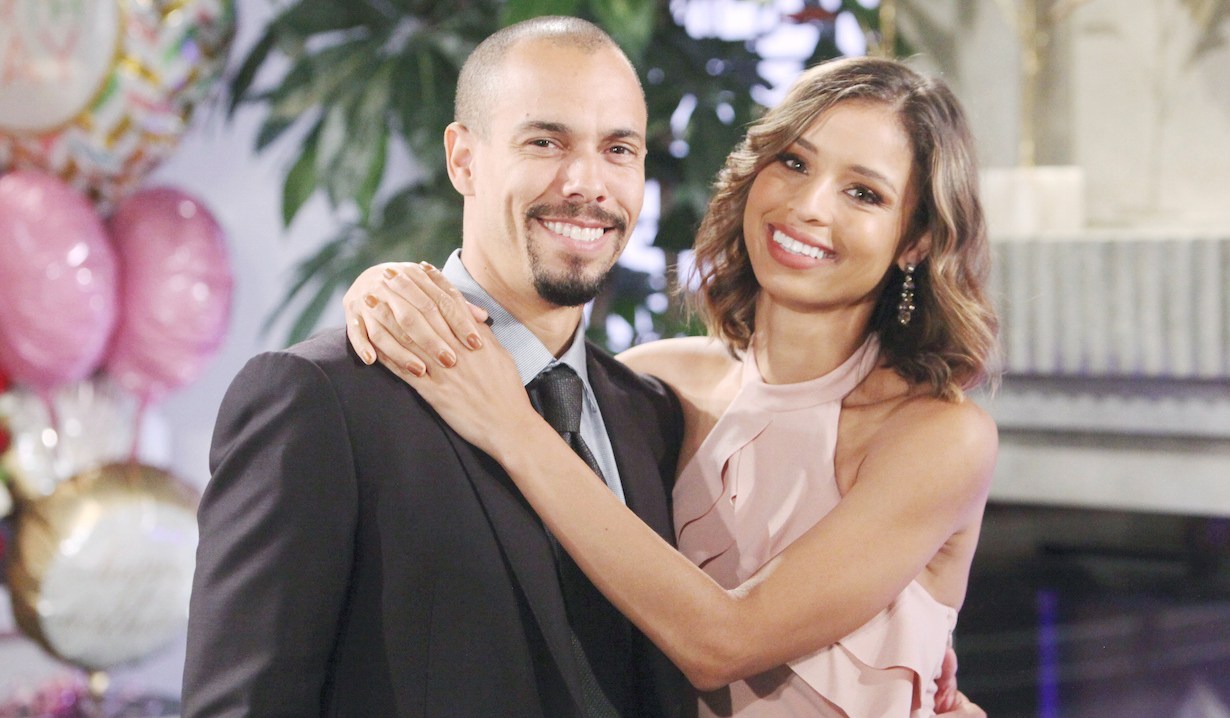 The actors are two of the only real-life sweethearts currently paired on any soap.

Rare — possibly even nonexistent — is the soap couple that never, ever breaks up. But The Young and the Restless may very well have such a duo in its midst in Devon and Elena. It isn’t that their romance is so free of challenges that there isn’t the potential for them to pay a visit to Splitsville. That would be damn near impossible, what with Genoa City now being the home of a woman who just happens to be a live dead ringer for his late wife. Still, the lovers have something going for them that no other pair on the show does: Their portrayers, Bryton James and Brytni Sarpy, are also seriously involved in real life.

What that means, in this era of enhanced safety precautions and social-distancing on the set, is that Devon and Elena are virtually inseparable. The show would have to be nuts to pull apart its only couple that’s made up of two actors who can still play an intimate scene. If they touch each other, if they kiss, it’s a nonissue because, as Sarpy revealed to CBS Watch!, “We just bought a condo together and moved in about a month before” the you-know-what hit the fan.

So, at least theoretically, when The Young and the Restless begins airing new episodes, Devon and Elena’s relationship will be — and will remain — as solid as that of the castmates who play them. In a way, their love stories have been written on parallel lines all along. In fact, Devon and Elena’s “‘I love you’ scene is really poignant,” Sarpy said during the same interview, “because it was right around the time we also said ‘I love you.’ So it was very, very real and so vulnerable.”

While you breathe a sigh of relief that Devon and Elena’s relationship is at least as steady as, say, Doug and Julie’s on Days of our Lives, you might also want to peruse this photo gallery of soaps’ best and worst of 2020… so far. We’re not saying you’ll find these two on the list, but… yeah, OK, you totally will.