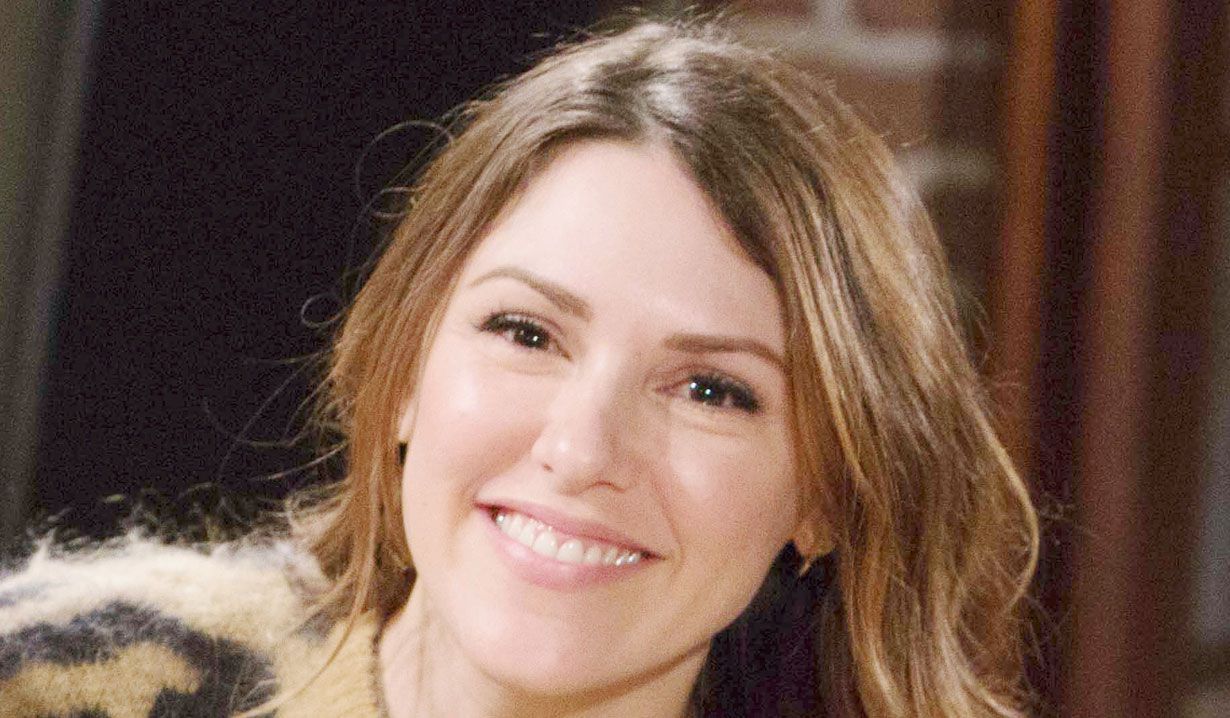 Whether acting or giving birth amid the current health state, Hendrickson never gives up.

Wherever she goes, Elizabeth Hendrickson manages to find her way to the spotlight. She went from struggling to get cast on All My Children to becoming two of the show’s breakout characters (Frankie, then Maggie), and after six years with the show (2001 – 2007) she jumped to Young and Restless as the pot-stirring fashionista Chloe, where she’s been on and off since 2008. And during her off time, she wowed soap fans with her 2018 – 2019 stint at General Hospital as Margaux, a district attorney with questionable ethics. But in recent months, she’s taken on a whole new role – as a mother. So, what other surprises does the five-time Daytime Emmy nominee have up her sleeve? In honor of her 41st birthday on July 3, we decided to find out…

Entertainers run in Hendrickson’s family – including her grandfather, Les Colodny, a TV writer and producer for shows like Get Smart and Love, American Style. No wonder, as she said in a 2001 interview, she “started tap dancing on tables at family weddings when I was 5.” Hendrickson’s first real acting job was in a 4th grade production of Johnny Appleseed, and she was a New York finalist for The All-New Mickey Mouse Club, “but I goofed on my screen test,” she said.

#tbt lots of years later. I celebrate being born. Thanks to the 'rents for making me. @kimecourtneyinteriors

She shared this sweet throwback picture in 2014 of herself back around the time she began that table-tap-dancing career, noting, “I celebrate being born. Thanks to the ‘rents for making me.”

If I only knew my families plan after this innocent walk with Tigger. In order to get me to stop sucking on my pacifier my mom told me Mini Mouse took it. I've hated Disney world ever since. @bassoonenough I know you did NOT agree.

Hendrickson hates Disney World, and she’s got good reason! In 2014 she shared a throwback picture of herself as a little girl taking a stroll with Tigger at the theme park. “If I only knew my families plan after this innocent walk with Tigger. In order to get me to stop sucking on my pacifier my mom told me Mini Mouse took it. I’ve hated Disney world ever since.”

Clearly Hendrickson was a talent, but finding her right role was a challenge. She once tried out for the role of Michelle on Guiding Light, but they went with Rebecca Budig instead. Then she tried to get cast on All My Children as breakthrough lesbian character Bianca Montgomery — as well as some of Bianca’s friends, Rain and Mindy. In the end, though, it all worked out well: Hendrickson landed the part of sexy, wisecracking Frankie on All My Children, and the role proved so popular that when Frankie was killed off, Hendrickson came back as Frankie’s twin Maggie! Not only that, Hendrickson also ended up starring opposite Budig on All My Children when the actress moved over to play Greenlee.

In 2015, Hendrickson had a little Young and Restless reunion with Greg Rikaart (Kevin; Days of our Lives, Leo) when the two appeared in an episode of Major Crimes together! “Pretty stoked to be in the same ep as my old pal/ex lover @gregrikaart tonight on TNT,” she wrote in a picture featuring them both holding up their scripts.

Pretty stoked to be in the same ep as my old pal/ex lover @gregrikaart tonight on TNT. #majorcrimes

Once, Hendrickson got a great acting tip from Oscar-nominated actress Anjelica Huston, who she met on a plane to Hawaii. While we don’t know what that tip was, she did share a terrific throwback photo of the 2017 meeting, writing, “#tbt to when Anjelica Huston helped me learn 30 pages of dialogue and told me her little secret on how to play drunk. I remember thinking if this plane goes down I will die happy and content”

#tbt to when Anjelica Huston helped me learn 30 pages of dialogue and told me her little secret on how to play drunk. I remember thinking if this plane goes down I will die happy and content 🙌🏻

In 2008, Hendrickson starred in a different type of soap, the web series Imaginary Bitches, which earned her another Daytime Emmy nomination. She appeared opposite Riegel (whose husband Andrew Miller created the series) and Rikaart on the show, which focused on a single woman left lonely after all her friends get into serious relationships. What’s a single gal to do? Invent imaginary friends. You can still watch all of the Imaginary Bitches episodes and a few bonus videos.

The actress married Rob Meder on June 29, 2019 and Hendrickson birth to their daughter during quarantine in March. She posted pictures of herself and Rob, plus one of newborn Josephine James, on Instagram on March 27, writing, “We did it ! We are now officially 3! … I couldn’t have gotten through this without all of you who have reached out. I’ve read all of your comments and I feel stronger than ever. Happy birthday JJ!!!”

We did it ! We are now officially 3! Today we welcomed Josephine James into the world at 9:22am. 6lbs 11 ounces and 20 inches long. It was the most incredible birth thanks to my amazing midwife Didi and all of the nurses at UCLA Santa Monica. We couldn’t be more thankful for all of their hard work during a time like this. Rob is home resting, since he is not allowed to be with me postpartum. Hope you’re getting a good nights sleep babe bc it’s your last for a while 😬. I’m with my sweet girl for 24 hours and I just can’t stop looking at her. Thank you to everyone for your love and support. I couldn’t have gotten through this without all of you who have reached out. I’ve read all of your comments and I feel stronger than ever. Happy birthday JJ!!! Also be sure to check us out on people.com link is in my story and profile.

Take a look through our gallery below to view highlights from Hendrickson’s soap opera career then get all the latest headlines and news by signing up for Soaps.com’s newsletter now.

<p>Elizabeth Hendrickson’s first daytime role was playing Maggie Stone on All My Children. She landed the role in 2001 and played the character until 2007.</p>

<p>Elizabeth Hendrickson’s All My Children character Maggie Stone arrived in Pine Valley to investigate her sister’s murder and quickly bonded with Bianca Montgomery. Maggie and Bianca shared a romantic relationship on and off for four years.</p>

<p>Elizabeth Hendrickson’s second daytime role was playing Chloe Mitchell on Young and the Restless. Here is one of her first photos in character from 2008. She still plays on the CBS soap opera.  </p>

<p>Elizabeth Hendrickson’s Chloe Mitchell and Chelsea Lawson Newman have had their ups and downs over the years. Even though Chloe hated Adam (Chelsea’s love) for his role in her daughter Delia’s death, she and Chelsea overcame their differences in the name of friendship.  </p>

<p>Elizabeth Hendrickson’s Chloe Mitchell and Kevin Fisher were first married in 2012 but divorced two years later in 2014. They remarried that same year, and divorced again, but in the end share a daughter Bella and are now together and expecting another child.</p>

<p>Before making another return to Young and the Restless, Elizabeth Hendrickson took on the role of Attorney Margaux Dawson on General Hospital in May 2018. Her first order of business was to make Sonny Corinthos pay for all of his mob crimes.</p>

<p>Elizabeth Hendrickson’s Margaux Dawson got mixed up in a huge conspiracy on General Hospital. Drew Cain thought he was Jason Morgan, and Margaux initially withheld evidence, in the form of Drew’s memory drive, which could have cleared things up for many involved.  </p>

<p>Elizabeth Hendrickson’s Margaux Dawson was attracted to Drew and they even went on a date. However, after debating what to do with the memory drive, she ended up telling Drew she had it and wanted his help taking down Sonny and his organization.  </p>

Young and the Restless Fan Fiction:...