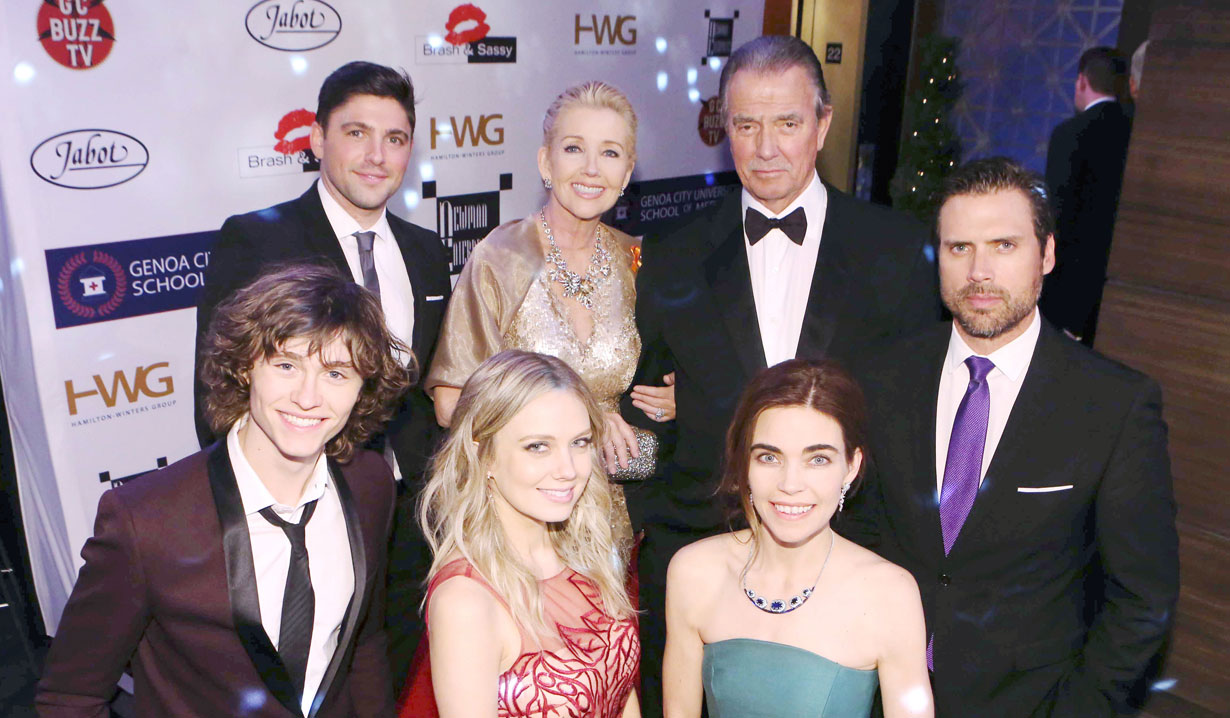 Lifestyles of the rich and fabulous.

Though Young & Restless debuted on March 26, 1973, it wasn’t until 1980 when Victor Newman (Eric Braeden) arrived in Geno City to run Chancellor Industries that the viewers were introduced to the Newman family. Now it’s hard to think of Young & Restless without them. Over the years Victor’s numerous wives and affairs have led to several children and grandchildren.

The third generation consists of Victoria’s children, Reed Hellstrom (Tristan Lake Leabu), her son with JT Hellstrom (Thad Luckinbill). She also has a daughter Katherine “Katie” Rose Abbott Newman, who she had with Billy Abbott and son John “Johnny” Abbott IV, Billy’s son with Chelsea Lawson (Melissa Claire Egan) who Victoria adopted. Victoria had a daughter, Eve Nicole Howard, with Cole Howard (J. Eddie Peck). She died shortly after birth. Nick’s children include his adopted daughter Cassidy “Cassie” Ann-Newman (Camryn Grimes) with Sharon Newman. Nick also has a son Noah Christian Newman (Robert Adamson) with Sharon, along with daughter Faith Cassidy Newman (Alyvia Alyn Lind). His daughter Summer Ann Newman (Hunter King) is with Phyllis Summers (Michelle Stafford). His youngest child Christian is his brother’s Adam’s son, but he is the legal father of him. Adam’s children include Connor Adam Newman, his son with Chelsea, and Christian Adam Newman, his son with Sage Warner (Kelly Sullivan). Adam and Chelsea also had a son Riley Newman (Malachi Barton), who was tragically killed before birth in a car accident caused by Summer.

Take a look at our gallery which includes memorable moments from all three generations of the Newman family and sign up for Soaps.com’s newsletter so you don’t miss all the latest news and gossip.