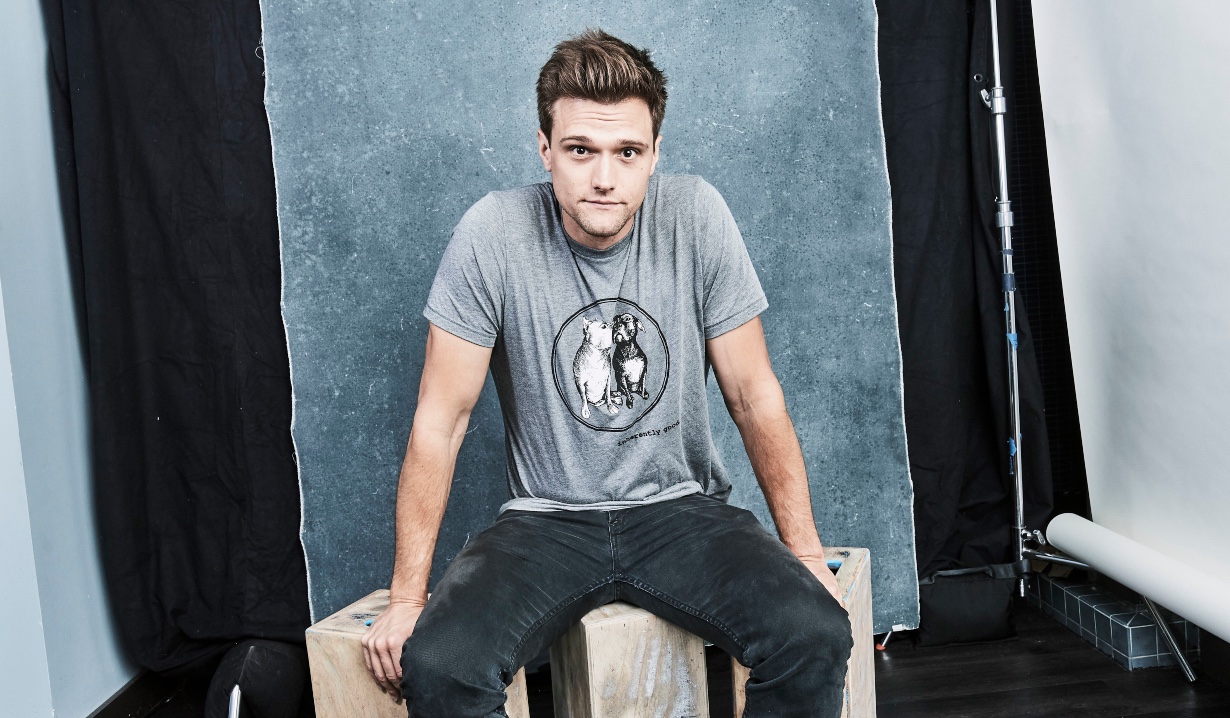 Hate has no place on social media.

Former Young and the Restless star Hartley Sawyer is learning a very public lesson about being accountable for his social media posts. The Flash actor was fired on Monday June 8 for racist, homophobic and misogynistic tweets that he posted from 2011 through 2014. Sawyer’s Twitter account has already been deleted, but fans had saved the screenshots of the offending posts and shared them on social media. His tweets ranged from “Out at dinner and just exposed myself as a racist, AGAIN” to “Jingle bells, batman smells, women shouldn’t vote.”

He did issue an apology on Instagram talking about his growth since those initial tweets, “I am incredibly sorry, ashamed and disappointed in myself for my ignorance back then. I want to be very clear: this is not reflective of what I think or who I am now. Years ago, thanks to friends and experiences who helped me to open my eyes, I began my journey into becoming a more responsible adult – in terms of what I say, what I do, and beyond. I’ve largely kept that journey private, and this is another way that I have let so many down. I still have more work to do.”

Even with the apology, The CW took a strong stance and relieved Sawyer of his duties on The Flash. “In regards to Mr. Sawyer’s posts on social media, we do not tolerate derogatory remarks that target any race, ethnicity, national origin, gender, or sexual orientation,” The network said in a statement to The Hollywood Reporter.”Such remarks are antithetical to our values and policies, which strive and evolve to promote a safe, inclusive and productive environment for our workforce.”

Executive producers Eric Wallace also released an emotional statement on Twitter that not only referenced Sawyer’s infractions, but also addressed the current racial justice movement in the U.S. “This morning, many of you learned that Hartley Sawyer will not be returning for season seven of The Flash,” Wallace wrote. “Concerning his social media tweets, they broke my heart and made me mad as hell. And they’re indicative of the larger problem in our country.”

My statement regarding Hartley Sawyer and THE FLASH. pic.twitter.com/hni0MxOWZU

Sawyer played Kyle Abbott on The Young and the Restless from April 24, 2013, until January 27, 2014. He took over the role from Blake Hood, but only stayed eight months. There was no reason given for his exit.

He joined The Flash cast as private detective Ralph Dibny / Elongated Man, whose superpower allowed him to transform into any shape. He started in the fourth episode of the fourth season. He will not be seen in the upcoming seventh season of The Flash.

<p>The Vampire Diaries star and As the World Turns alum Zach Roerig (Casey Hughes, and Hunter Atwood on One Life to Live) was arrested over Memorial Day weekend in 2020 for driving under the influence. He later committed a lewd act in custody when he urinated in his cell. He was eventually released pending a court hearing. </p>

<p>In 2019 former Days of our Lives’ star Tyler Christopher (Stefan DiMera, and Nikolas Cassadine on General Hospital) was arrested for public intoxication while celebrating his birthday. The star has a known history of battling alcohol addiction. Christopher eventually pled guilty to two counts of misdemeanor public intoxication a few days after his arrest. The actor was ordered to pay a fine of $440, was not put on probation, nor was he ordered into an alcohol rehabilitation program.</p>

<p>Jensen Buchanan, who is best known for playing Marley and Vicky Love Hudson on Another World, was arrested in October 2016 for driving while under the influence and being involved in a car accident. Though she initially pled not guilty, she later changed her plea to guilty. The actress ultimately was sentenced to one year in county jail and five years probation. She was released from custody in November 2017, and under alternative sentencing, was mandated to use an electronic alcohol monitoring device. She was in 2018 arrested for violating her parole when she tested positive for alcohol, but later the charges were dropped. Buchanan has also played Elise Moxley on Young and the Restless ad Sarah Buchanan on One Life to Live.</p>

<p>In October 2014, Days of our Lives’ Freddie Smith (Sonny Kiriakis) and his wife, then-girlfriend, Alyssa Tabit were involved in a serious car crash in Ohio which left Tabit in critical condition. The actor was legally drunk and speeding when the crash happened. Smith faced charges of vehicular assault and operating a vehicle impaired. He pled guilty and was sentenced to two years of community service.</p>

<p>Bold and the Beautiful’s Sean Kanan (Deacon Sharpe and AJ Quartermaine on General Hospital) was arrested in August 2007 on charges of drunk driving. He was eventually sentenced to five years of probation and eighteen months of alcohol education. He had been previously convicted of a DUI in 1998. </p>

<p>Bold and Beautiful actor Winsor Harmon (Thorne Forrester) was arrested in early 2018 for public intoxication. He was found by police in San Fernando Valley, California sitting in his SUV, which was surrounded by empty wine bottles. A witness allegedly saw him urinating in a park. Months later in May, he was arrested for a second time. This time police found him passed out in the backseat of his SUV, surrounded by beer cans on the floor. Harmon was taken to jail and later released and issued a citation.</p>

<p>In September 2019, One Life to Live alum Jessica Morris (Jennifer ‘Jenn’ Rappaport) was charged by the L.A. County District Attorney with felony domestic violence with great bodily injury. She allegedly attacked her boyfriend Rib Hillis (Dr. Jake Marshak, Port Charles and General Hospital) during an argument and bit his lip. The bite was so severe it almost severed it and he required 25 stitches. Hillis was married at the time. </p>

<p>Days of our Lives star Casey Moss (JJ Deveraux) was arrested in October 2015 for allegedly trying to punch a bartender at the W Hotel in Scottsdale, Arizona. Moss was intoxicated and also shoved another bar patron. The actor later stated the incident was a wake-up call for him.</p>

<p>In November 2013 former All My Children actor Aidan Turner (Aidan Devane) was arrested for domestic violence. The actor was involved in a fight with his then-girlfriend at their Hollywood apartment when he allegedly threw a television remote control at her. It hit the victim in the eye, leaving her with minor cuts and bruises. Because the injuries were minor, reports at the time indicated he’d probably be charged with a misdemeanor and not a felony.</p>

<p>Actress Sean Young, who played Meggie McClaine on Young & Restless, was placed under arrest in 2012 after an altercation at the Hollywood & Highland theater at a post-Oscars celebration. She was booked for misdemeanor battery after reportedly slapping a security guard who would not allow her into the party as she lacked a ticket. In 2018 the actress was under investigation in New York for the theft of two laptops from a production company she was directing a film for fired her. She later returned them after claiming she mistakingly took them while gathering her property to leave the studio. No charges were filed.</p> 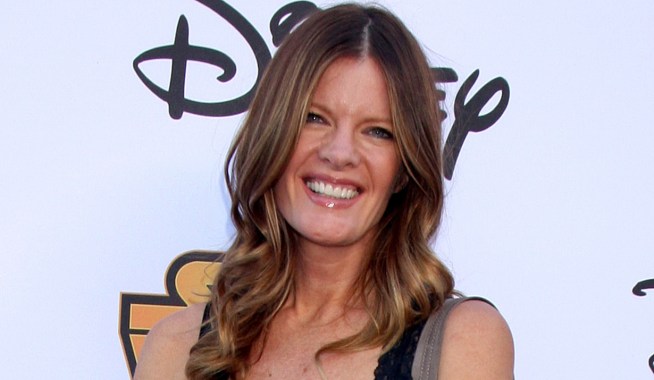 Fans Are Over Victor & Adam's Fighting — Will We See Less of It When Young & Restless Returns? 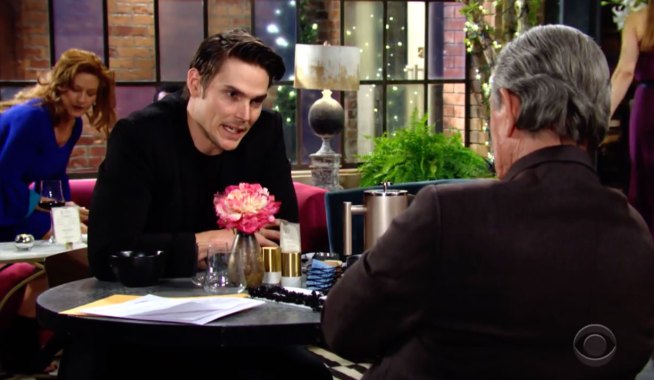