Young and The Restless Fanfiction: An Unplanned Pregnancy 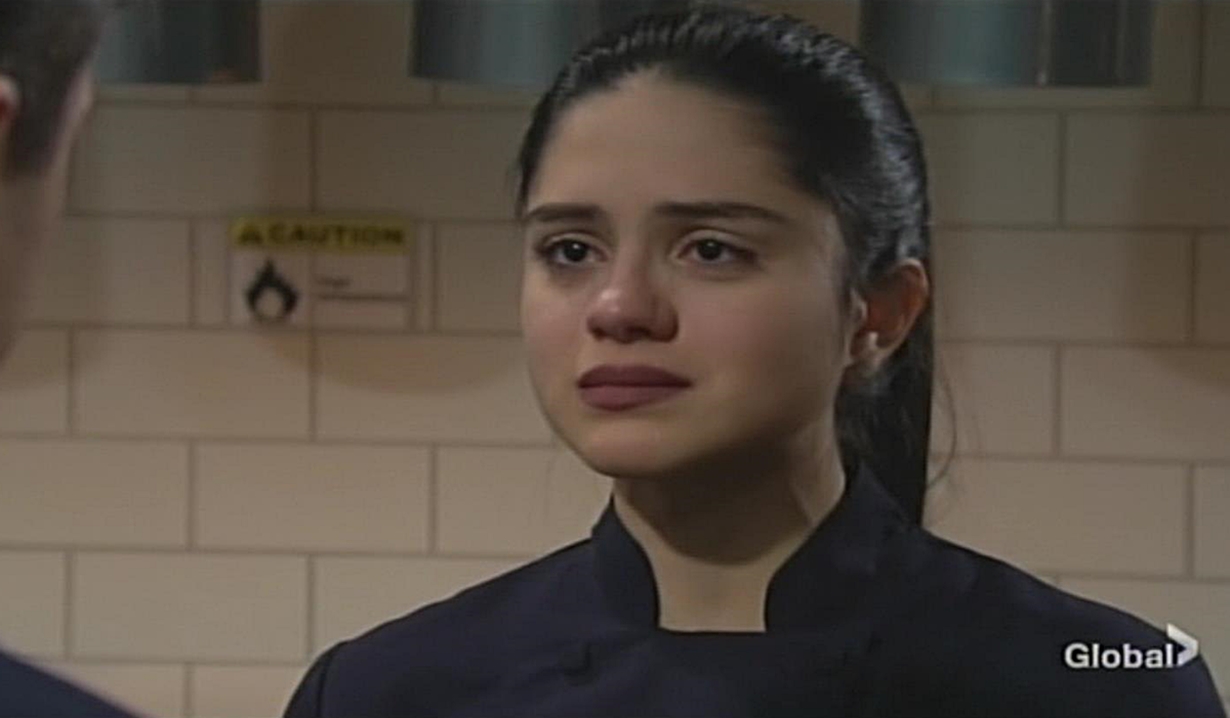 Will she reveal she’s pregnant even though Kyle is taken?

We’re back with a new fanfiction story. This time, a new guest writer, Willie Smith, is taking a look at what could happen if Young and the Restless’ Lola Rosales became pregnant.

For a few days, Lola hasn’t been feeling well. She’s been going to work at Society thinking it’s just exhaustion from working long hours. Then something else, a nauseated feeling in her stomach, prompts her to call and make an appointment with her doctor. The appointment day comes, and she sees her doctor who examines her then order a few tests to be run.

By the end of the day, test results have come in and the doctor informs Lola the problem is not exhaustion. Lola asked if she had somehow caught some kind of bug, and the doctor said no, it wasn’t a bug. Then Lola says then what is wrong?

The doctor tells her that she’s pregnant, causing her to wonder who. She hadn’t been intimate yet with Theo. The only person who had made love to her was Kyle, and they hadn’t yet divorced. Also, Kyle had returned to his former love Summer. What will Lola’s pregnancy, unplanned, mean for their relationship?

Lola decided to tell her brother Rey about the pregnancy then asked him to tell no one about it, not even Sharon. They need to keep it between the two of them until she can figure out what to do next. Rey promised to do just that and told her that he would be there for her no matter what. She quickly repeated to him that no one is to know yet.

At another point in the day, at Society, Summer runs into Lola who was heading to the kitchen. Summer speaks to her and Lola replies in an absent-minded manner. It seemed to Summer that Lola was preoccupied and asked if something was wrong. Lola told her no, everything’s fine. She went on to the kitchen, leaving Summer wondering.

In the kitchen, Lola was trying to work but was also thinking about the pregnancy. Rey comes in to check on her, and she tells him that she had just seen Summer in the dining area. Rey told her not to worry, that he was there for her, that Summer knows nothing.

Lola says she can hide the situation for just so long. Rey agreed but told her again not to worry. She says to him that she can’t do anything but worry now. Lola believed that Summer would blame her if Summer’s relationship with Kyle ends because of this.

How long will Lola be able to keep the secret?

If Kyle finds out, will he drop Summer and return to Lola and their child?

For more stories, check out our fan fiction which includes stories about Days of our Lives, General Hospital, and Young and the Restless. If you’re a fiction writer and want a chance to showcase your humorous, dramatic or romantic stories email us.

Feel free to sign up for Soaps.com’s newsletter so you can receive news and teasers in your inbox, daily.