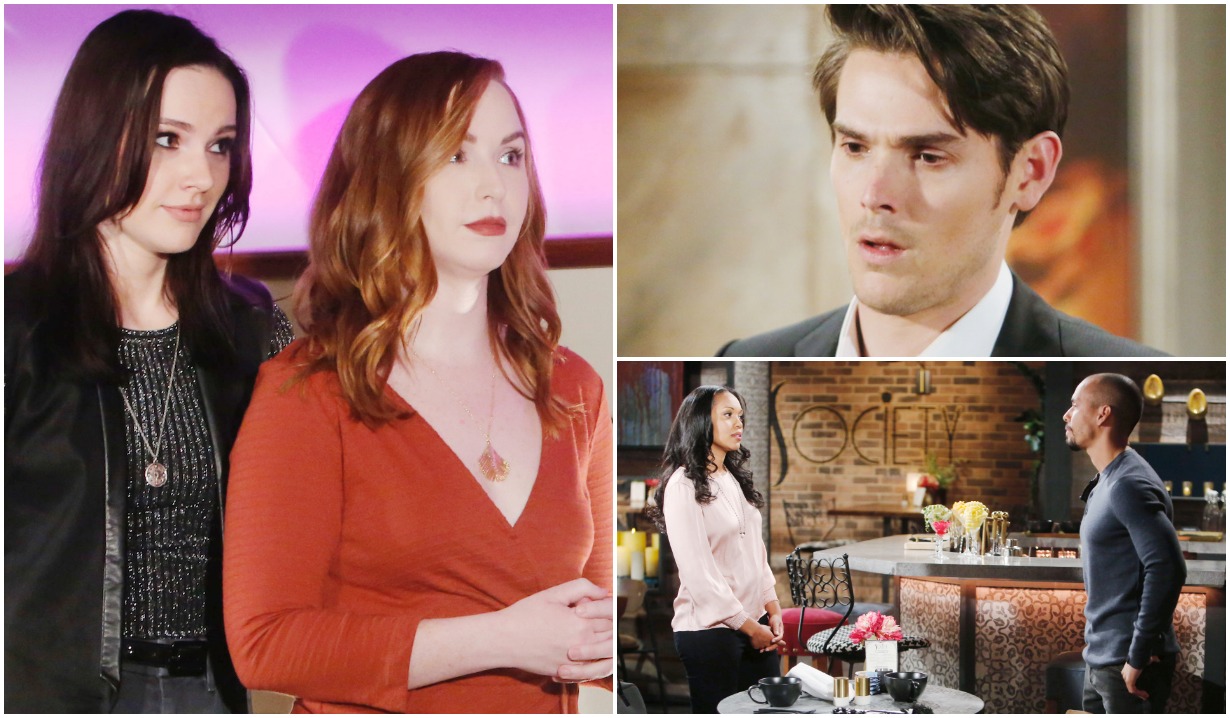 The suspense is killing us.

As we look forward to The Young and the Restless’ return to production — and then, at long last, our DVRs! — our heads aren’t just full of eager exclamation points, they’re full of question marks, too. In fact, there are three big “hmms” in particular that the show ought to — make that needs to — address when it gets back to work. Here are the biggest questions left unanswered that should dictate what happens when new episodes return.

Much was made of the attorney’s resemblance to Devon’s late wife when Mishael Morgan rejoined the show, and then…pfft. Nada. And we want to know, dang it, are they long-lost sisters? Did Amanda for some reason pay a visit to the plastic surgeon that turned Patty into Emily or Sheila into Phyllis? And would the answers to these questions in any way alter Devon’s perceptions of his missus’ lookalike?

2. How will Adam exact revenge against his father?

Even though Victor really didn’t do anything wrong by returning Victoria’s job to her, his black-sheep son doesn’t see it that way. So the question isn’t whether but how he will lash out. And, considering that in the past, Adam’s “haunted” his pop’s wife (poor Ashley), messed with his medication and tried to frame him for murder, nothing is out of the question. Heck, he might even — shudder! — paint over Dad’s trademark mustache in his iconic portrait.

3. What is going on between Mariah and Theo?

She and Tessa are together again, and he’s starting to get something cooking with Lola…but before the show ran out of new episodes, Mariah had become Theo’s champion. Plus, they’d bonded over their his-and-hers discoveries of new family ties as adults. Maybe they’re just friends and nothing more. Maybe Mariah is strictly gay, not bi. Or maybe, this being a soap, they’re about to kick off a thoroughly modern love quadrangle.

OK, your turn. What questions do you want answered when Y&R comes back? Hit the comments with your queries, and when you’re done, check out our gallery of the Y&R couples fans miss most.

Who Is Justin Hartley’s New Wife,...