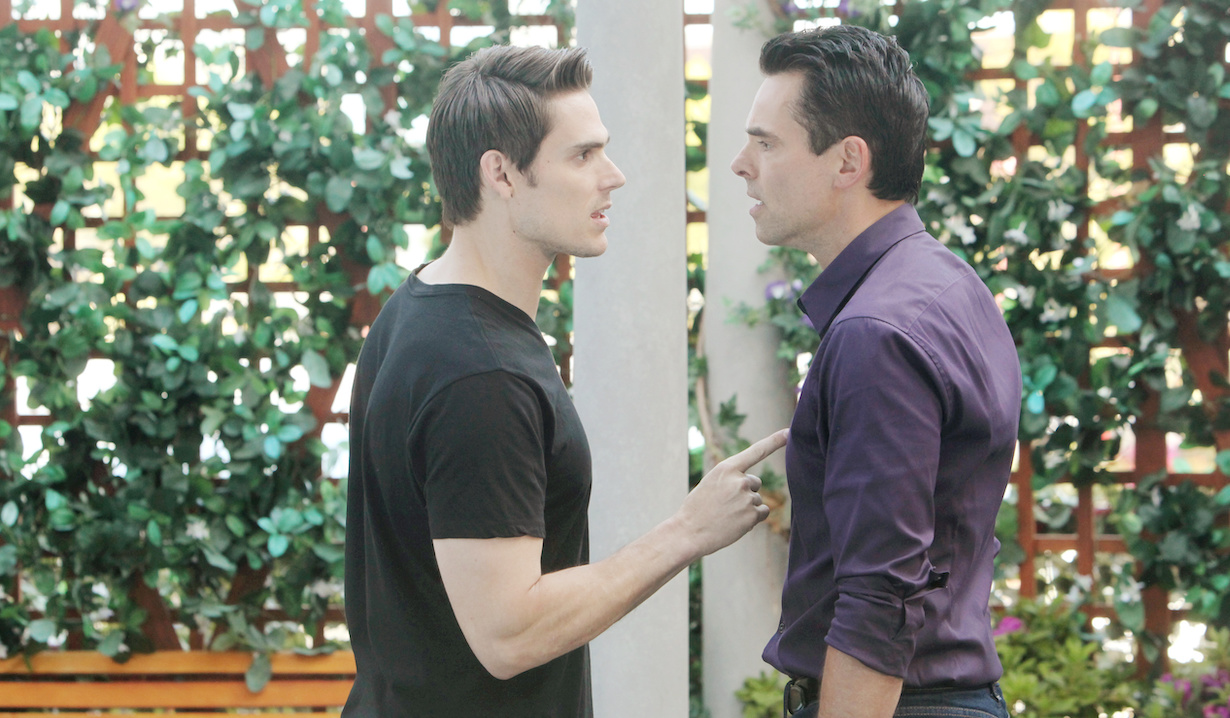 A simple twist of fate could change several lives forever!

They say you can’t change history, but where Young and the Restless’ Adam is concerned, it might be worth doing a little bit of a rewrite. For years, the character has had to live under the dark cloud of having been responsible for the death of Billy and Chloe’s daughter, Delia. But what if he actually wasn’t the hit-and-run driver who plowed the little girl down?

Yes, we saw him destroy evidence, and yes, he even confessed his guilt to Billy. But what if it turned out that someone else was responsible, and that the only thing guilty about Adam was his conscience?

The events we saw unfold on screen made it seem fairly clear that there were no other viable suspects. In fact, we kept waiting for the tragic story to take a shocking turn, if only to justify the somewhat controversial decision to take the life of such an adorable child on what she’d hours earlier declared would be the best night of her life.

Revealing Adam’s innocence would realign the players, especially where Billy’s years-long grudge against his daughter’s supposed killer is concerned. Would it be Billy’s turn to feel guilty for the grievous actions he’d committed against his nemesis in Delia’s name? How would Adam punish the actual perpetrator who allowed him to suffer for so long? And who might the person who has been sitting on this secret for years actually be?

Before hitting the comments with your thoughts on our attempt to forgive at least one of the sins from Adam’s past, check out the gallery below to see who tops our suspect list!

<p>The First Lady of Genoa City’s nerves were more than a little bit frazzled that night, thanks to the secret she was keeping about long-lost son Dylan. Might she have gotten behind the wheel while distracted…or even tipsy?</p>

<p>Upon discovering Adam’s crime, Victor was quick to blackmail his son with the secret. But what if The Mustache had known all along that he, not Adam, was behind the wheel of the car which struck Delia that fateful night?</p>

<p>At the time, many fans theorized that the man whose life Adam eventually stole (thanks to plastic surgery which allowed Justin Hartley to step into the part) holed up in his grandmother’s gothic mansion rather than deal with the knowledge that he’d killed a child.</p>

<p>At the time of Delia’s death, Sharon was trying to get her mental health under control. Perhaps she was having another chat with dead daughter Cassie when she should have been watching the road for a still-alive Delia!</p>

<p>Sure, it’s a stretch, but what if the version of that night’s events we saw through the eyes of Delia’s dad (then Billy Miller) were actually conjured up by a mind working overtime to protect him from a far darker truth?</p>

<p>Hey, mistakes happen! Delia was still alive when taken to the hospital, so what if the child Billy and Chloe believed they’d lost was actually more…misplaced, perhaps taken by a grieving staffer whose own daughter had perished? </p>

Young and Restless Poll: Shick VS...