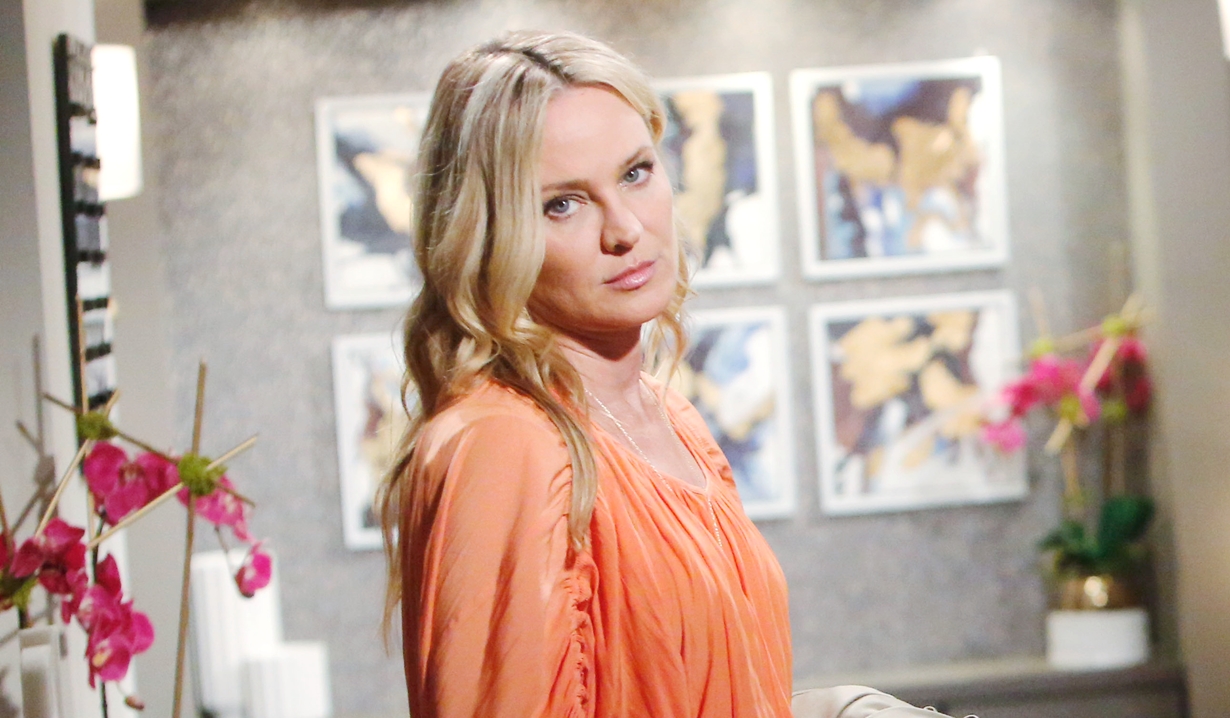 When Young and Restless ran out of original episodes, Sharon was grappling with the knowledge that her chemotherapy treatments hadn’t shrunk her tumor as much as hoped and she feared losing her breast. After undergoing another biopsy, Sharon was waiting to hear what her options will be moving forward. So, what might happen next?

It seems the storyline is intended to be a journey, so a quick fix isn’t likely. Sharon could undergo more treatments, perhaps with more mental and physical ramifications for the character (and her loved ones) to deal with before things take a turn for the better and she goes into remission. 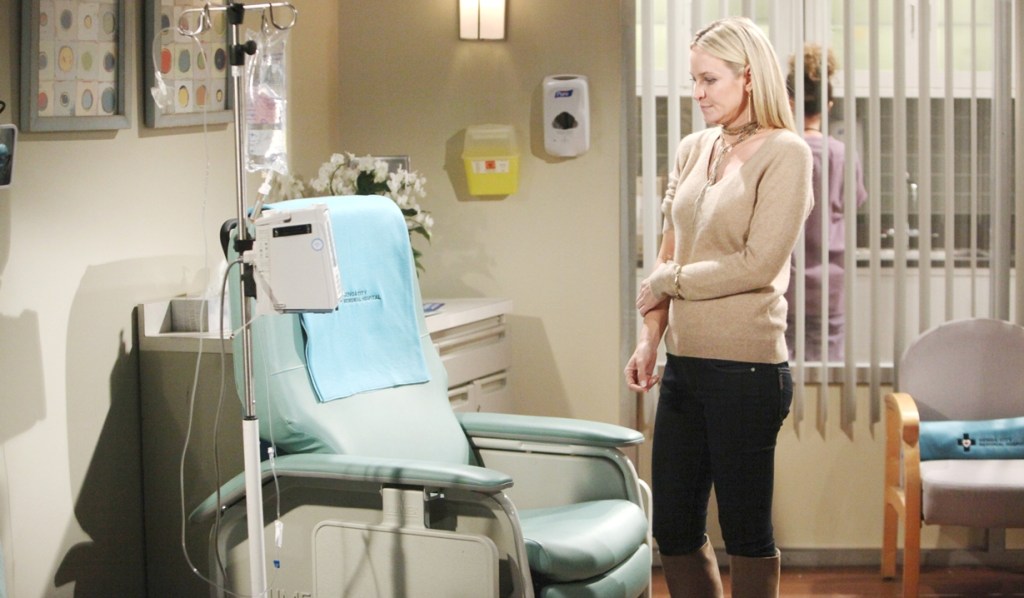 Would the powers that be go so far as to have Sharon lose a breast or even undergo a double mastectomy? If they choose to go that route, it’s almost certain Sharon would get reconstructive surgery. This would certainly take the storyline to another level with emotional drama, which has been a strong point of the story so far, with some important beats being played that have resonated with viewers.

More: Everything to know about Y&R’s Abbott Family

If the writers elect to continue Sharon’s breast cancer battle one way or another over time, there is always the chance that her relationship with Rey could be tested, or that she’ll feel the need to seek comfort from a man she’s had a deeper past connection with. If that man were Nick or Adam, and they wanted to be there for her in any way she needed, their current relationships would be affected. A prolonged battle could also cause issues for her children in their lives. 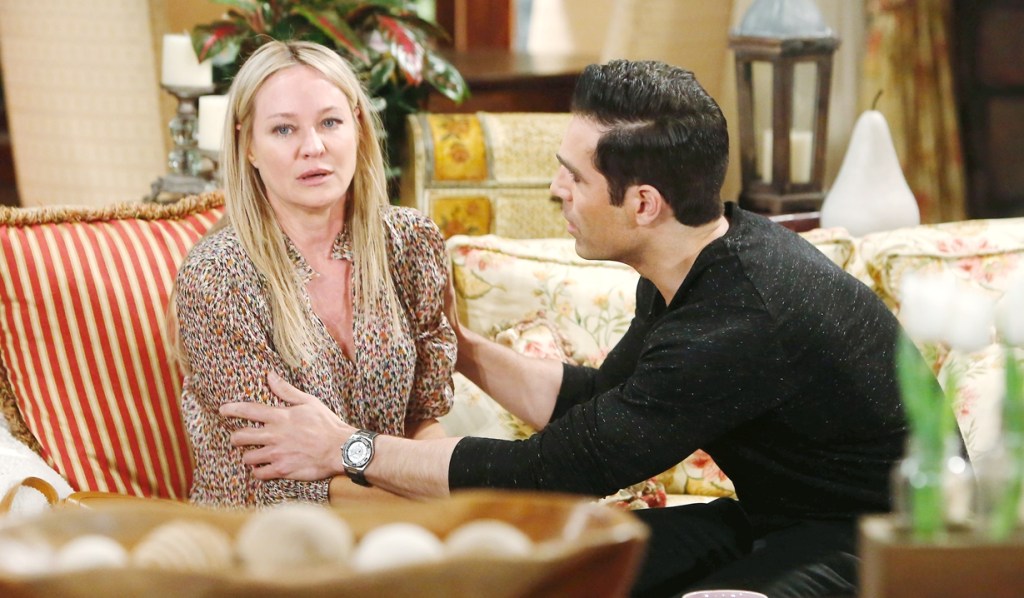 Given Young and Restless has taken some criticism of how they’ve portrayed the realities of breast cancer, specifically with Sharon keeping her hair, managing to continue with her day-to-day activities, and wearing a low-cut gown with no chemo port showing, a decision could be made to hurry the story to a conclusion once the soap returns.

Could Sharon die? It’s unlikely that’s where this is headed, but never completely out of the realm of possibility on a soap opera. It would be extremely shocking if that were to be the outcome and would have long-range fallout for many characters.

What do you think will happen in Sharon’s storyline? How do you think it should play out? Share your thoughts in the comment section, then read our Young and Restless spoilers to find out which classic episodes are airing during Villains’ Week.

<p>Mariah and Rey accompany Sharon to her first chemotherapy appointment. When Mariah goes to get coffee, Sharon learns that Rey has taken a step back at work and isn’t too happy. Rey tells her that’s how it’s going to be.</p>

<p>In a moment alone, Sharon contemplates the chemo pump and chair prior to her first treatment. Rey has left and Mariah hasn’t returned yet from getting a coffee, so she has time to reflect upon what’s happening.</p>

<p>Mariah brought a tablet so she could ask Sharon quiz questions to keep her entertained. Mariah was hoping to keep her mother pass the time. Sharon is distracted by the presence of the chemo pump throughout.</p>

<p>In his suite at the Grand Phoenix, Kyle wakes up next to Summer and feels he shouldn’t be as happy about it as he is. Summer was afraid he would regret making love to her. She understands they should probably keep this to themselves.</p>

<p>At Jabot, Kyle has arrived directly after Summer. Theo takes a moment to make a few points before they go their separate ways. Kyle tells Theo his personal life is none of his business.</p>

<p>Rey arrives in the kitchen at Society to pay Lola a visit. He’s dismayed when she breaks down in tears. After, she explains her marriage to Kyle is over.</p>

<p>After Theo lets it slip that Kyle spent the previous night with Summer, Lola reacts by pushing Theo up against the freezer and kissing him. Theo lets her know he wants her, but won’t go to bed with her while she’s in a vulnerable position and may regret it.</p> 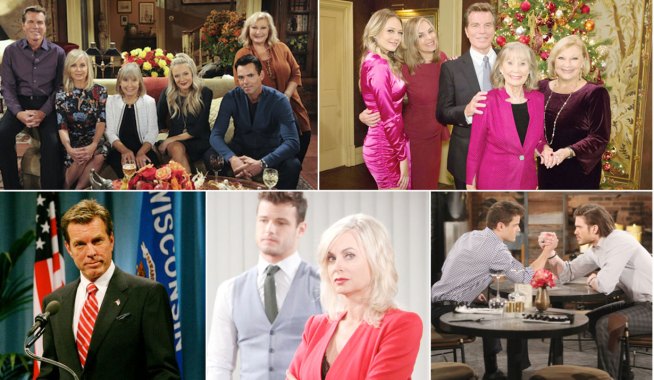 Young & Restless’ Robert Adamson Ripped Off Even After Precautions Taken 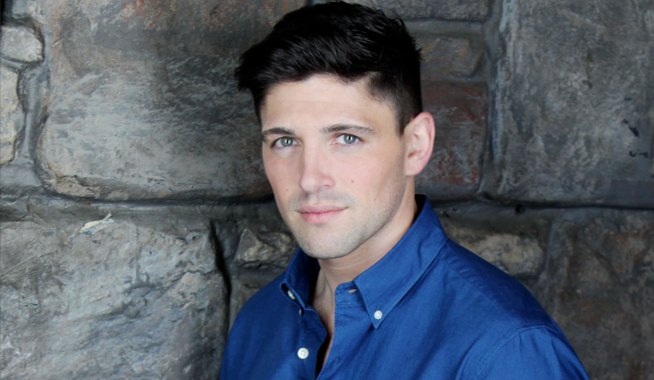