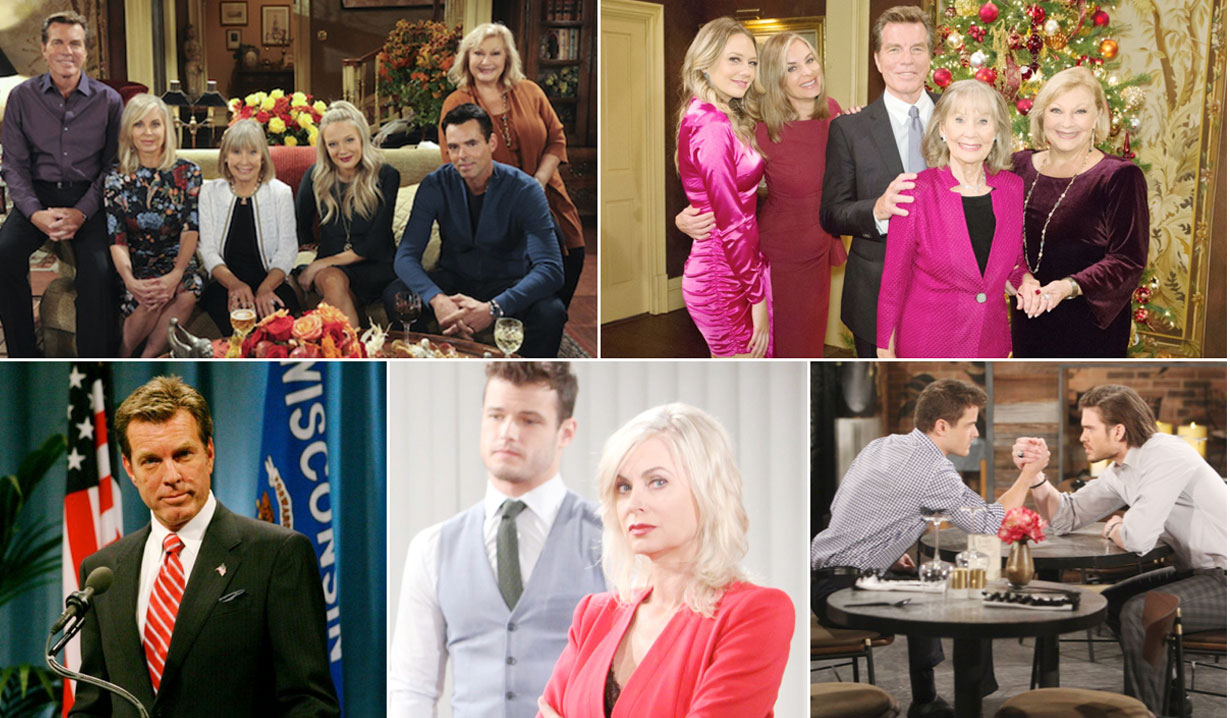 Introduced in 1980, the Abbott family has become a staple in Genoa City and Jabot Cosmetics a major rival for Victor and Newman Enterprises over the years. As with any soap opera family that has been around long enough, they’ve experienced multiple marriages, affairs, and paternity scandals. Get to know the Abbotts with our quick who’s who rundown.

John Abbott (Brett Halsey, Jerry Douglas), the son of Robert Abbott, was the patriarch of the family and the glue that held everyone together. He had one brother named Ivan. John was married to numerous women over the years, including Dina Abbott Mergeron (Marla Adams), Jill Foster Abbott (Brenda Dickson, Bond Gideon, Deborah Adair, Jess Walton) and Gloria Abbott Bardwell (Joan Van Ark, Judith Chapman). He founded Jabot Cosmetics in the sixties, which he left to his children to run. Even after his death of a stroke in 2006, he continued to visit his family as a ghost in their times of need. 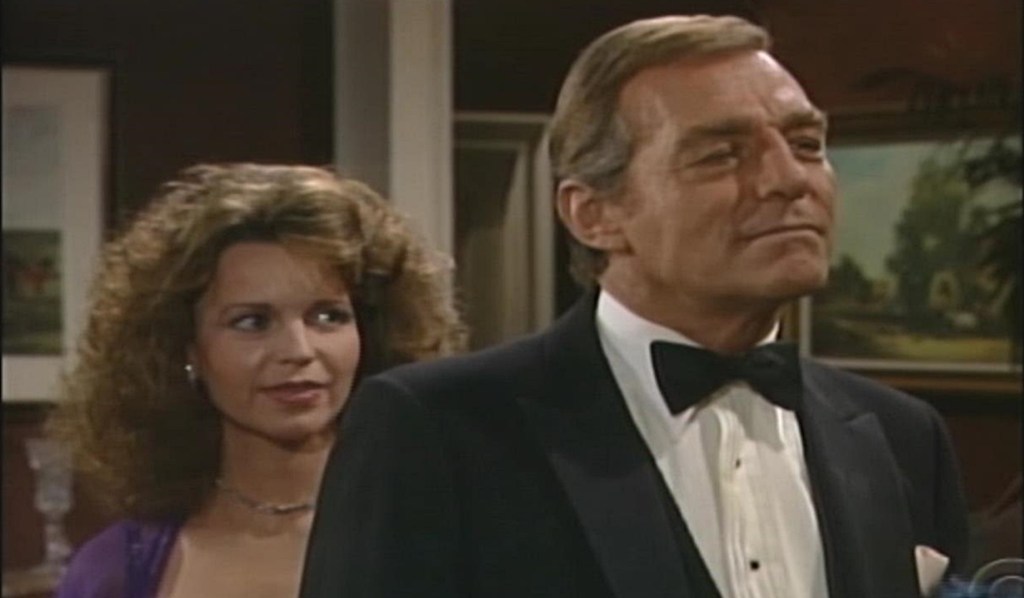 John “Jack” Abbot Jr. (Terry Lester, Peter Bergman) is the oldest of John and Dina’s children. He married Patty Williams (Lilibet Stern, Andrea Evans, Stacy Haiduk) to become president of Jabot Cosmetics. He’s also been married to Phyllis Summers (Michelle Stafford) and his rival Victor Newman’s (Eric Braeden) ex-wife Nikki (Melody Thomas Scott). Jack has always strived to live up to his father’s legacy, has been fiercely competitive with his sister Ashley when it comes to Jabot Cosmetics, and has had a tense relationship with his brother Billy.

Ashley Suzanne Abbott (Eileen Davidson, Brenda Epperson, Shari Shattuck) was raised believing she was John’s daughter, only later in life to learn she was the product of an affair between her mother Dina and Brent Davis (Bert Kramer, Jim McMullan). Even after Ashley found out, it became a closely guarded secret, and John never found out. Her most notable marriages have been to Victor Newman and Brad Carlton (Don Diamont). She has one daughter, Abby, with Victor. Ashley has clashed with most of her siblings at some point over the years. She served as the chief chemist at Jabot, CEO of the company, and later founded her own company Premier Cosmetics.

Traci Ann Abbott (Beth Maitland) is Dina and John’s youngest daughter. Traci has always been the most sensitive and emotional of the Abbott children and often has played peacemaker amongst them. She’s been married to Danny Romalotti (Michael Damian), Steve Connelly (Greg Wrangler) and twice to Brad Carlton, with whom she had a daughter Colleen. Traci has written a number of novels and a book on the Abbott family history. 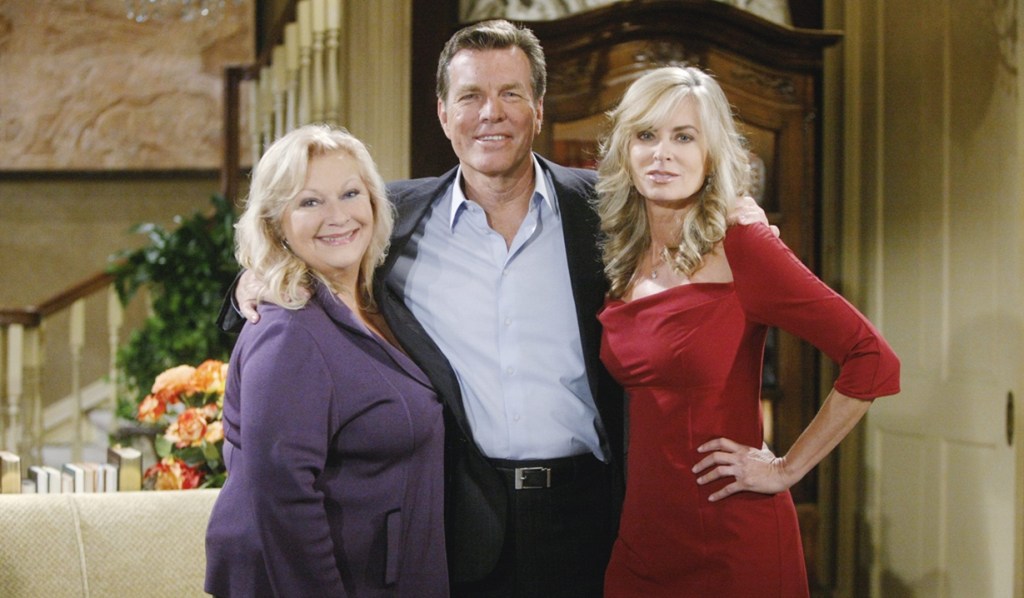 Keemo Volien Abbott (Philip Moon) was Jack’s long lost son with Luan Volien (Elizabeth Sung), a woman he had a relationship with when he served in Vietnam. Years later when Keemo was an adult they were all reunited. After Luan’s death, Keemo left town.

Kyle Jenkins Abbott (Garrett Ryan, Blake Hood, Hartley Sawyer, Lachlan Buchanan, Michael Mealor) is Jack’s other son with Diane Jenkins. He was originally born Christian Victor Newman and thought to have been Victor’s child, but was Jack’s, Diane stole Victor’s sperm to inseminate herself, but it was switched out with Jack’s. Kyle currently works at Jabot, has been married to Lola Rosales (Sasha Calle), and to Summer Newman (Hunter King) who he has had an on-again-off-again relationship with for years.

Abigail “Abby” Rachel Carlton Newman (Darcy Rose Byrnes, Hayley Erin, Marcy Rylan, Melissa Ordway) is Ashley’s daughter with Victor, conceived when Ashley stole his sperm from a sperm bank and had herself inseminated. Abby grew up believing Brad Carlton was her father, only learning the truth from a video Ashley made while she was battling cancer. When Brad died, Abby rebelled against her mother, and later had a strained relationship with Victor who she sued a number of times over business matters. She’s been married once to Ben “Stitch” Rayburn (Sean Carrigan), with whom she was in a love triangle that involved her own mother.

John “Johnny” Abbott IV (Holden and Ryan Hare) is the son of Billy and Chelsea Newman, who was adopted by Victoria Newman.

Katie Abbott Newman (Sienna Mercuri) is the daughter of Billy and Victoria.

Theo Vanderway (Tyler Johnson) is not an Abbott by blood, but connected to the family just as Ashley is through Dina. He is the son of Eric Vanderway (Jon Briddell) and an unknown mother. Eric was adopted by Ralph and Margaret Vanderway and was the child of Dina and Stuart Brooks (Robert Colbert), who Dina gave up for adoption. He is an old friend of Kyle’s from New York, and the two former friends are now bitter rivals.

Colleen Cecile Carlton (Tammin Sursok, Adrianne Leon, Lyndsy Fonseca) was the daughter of Traci and Brad Carlton. She was a talented dancer who fell in with the wrong crowd as a teen and became involved with drugs. After being kidnapped by Patti Williams and falling out of a canoe and hitting her head, she was tragically pronounced brain dead and taken off life support. She is buried next to her father Brad and her organs were donated, her heart went to Victor Newman.

Cordelia “Delia” Katherine Valentine Abbott (Sophie Pollono) was Billy and Chloe Mitchell’s daughter. She battled Leukemia as a child and was tragically struck down by Adam Newman’s car while chasing her puppy Dash into the street.

John Abbott III was the son of Jack and Nikki Newman, who died shortly after birth. 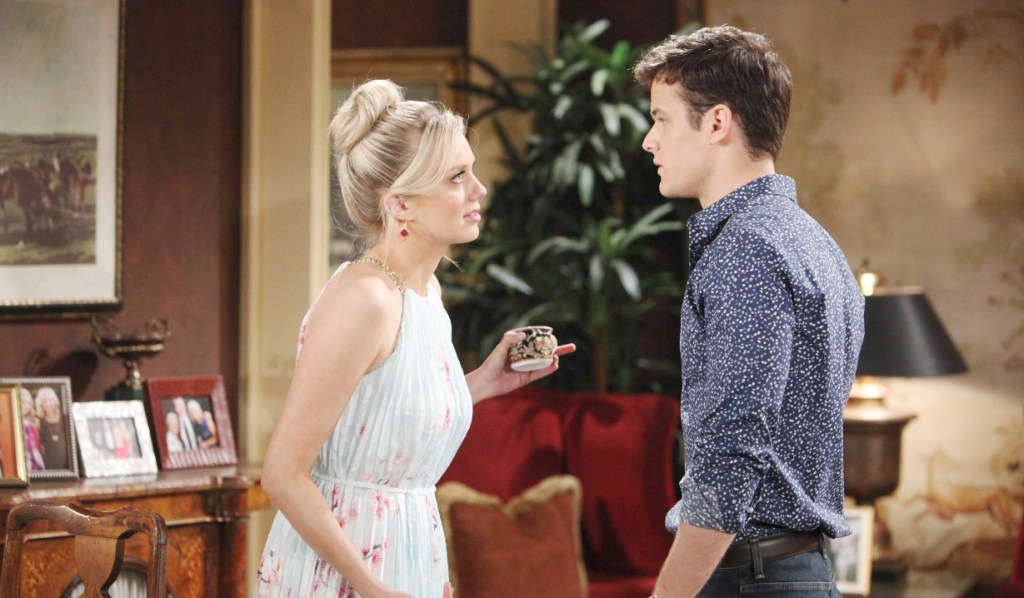 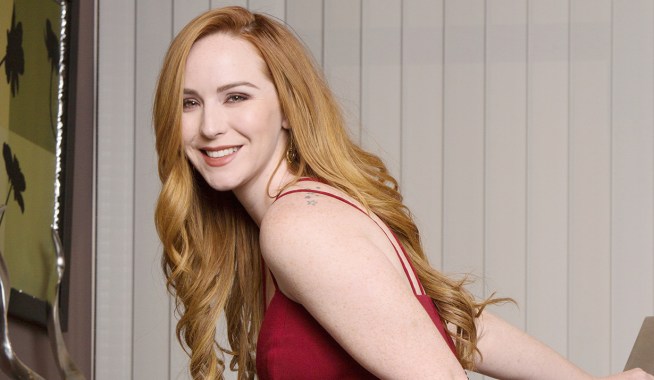 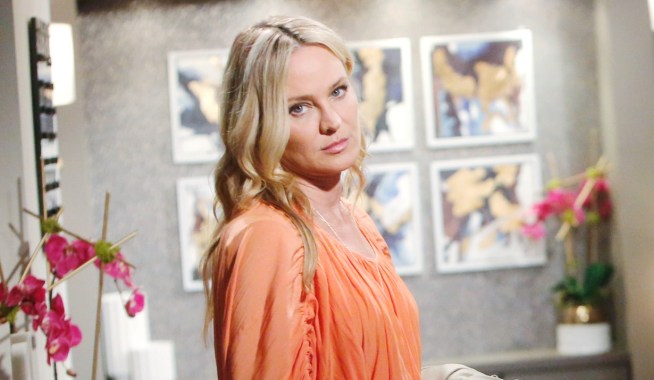