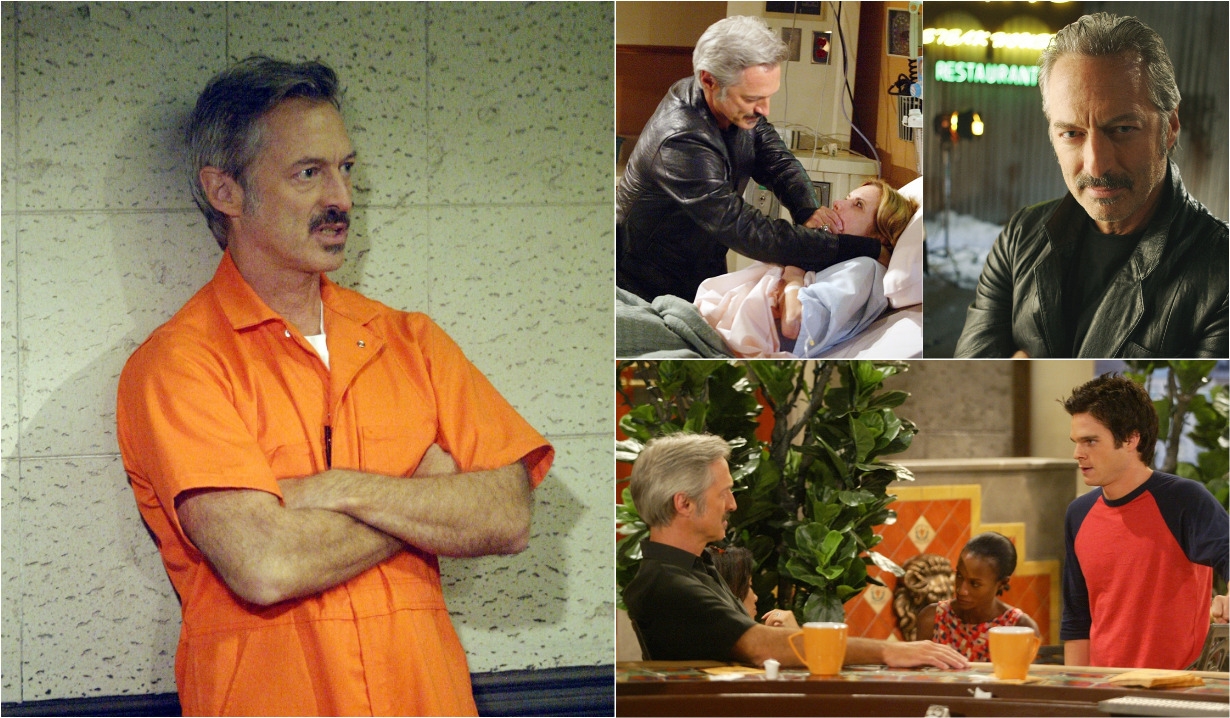 Young and Restless character was an abusive conman.

With Young and Restless televising a classic episode in which Michael discovers Ashley’s connection to Tom Fisher airing this week, it was an ideal time to ponder why we were horrified by ‘Terrible Tom’ who was portrayed by the extremely talented and late Roscoe Born.

Tom Fisher married Gloria Fisher (Judith Chapman) when her son, Michael Baldwin (Christian LeBlanc) was 10 years old. He was an abusive alcoholic who continued to be violent toward his own son, Kevin Fisher (Greg Rikaart) after he was born and as he was growing up. Gloria was too frightened of Tom to stop the abuse and Michael later fled the home, leaving Kevin to take the brunt of the beatings. Kevin eventually followed but has been troubled by issues stemming from living with Tom, who often locked him in a closet, throughout his adult life.

Gloria (then Joan Van Ark) followed her sons to Genoa City and fell for John Abbott (Jerry Douglas) and the pair was married. Michael proposed to Lauren Fenmore (Tracey Bregman), so she got in touch with her grown son, Scotty Grainger (then Blair Redford), who was living in Toronto and connected to a woman named Brenda – actually his mother’s nemesis, Sheila Carter (Kimberlin Brown). ‘Brenda’ followed Scotty to town and hit it off with Tom, who was holed up at her motel. He helped Sheila poison Lauren and planted a bomb on Michael and Lauren’s honeymoon yacht, which blew up. Lauren was presumed dead, but Tom had actually spirited her and Sheila away to an abandoned farmhouse and locked them up in a basement fallout shelter.

Whilst involved with Sheila’s schemes, Tom began romancing Ashley Abbott (Eileen Davidson) and blackmailing his ex-wife Gloria, who paid him off using her husband John’s money. Ashley eventually learned the truth about him and teamed up with Michael. When Tom reached out to Gloria to arrange a deal to handover Lauren, John intercepted the call and took off with his gun to confront Tom in an alley. During the struggle the gun went off and Tom was killed. John left the scene and ended up in a car wreck. Ashley witnessed what happened and confessed to shooting Tom to spare her father, however, John came clean when he recovered from the accident and was sentenced to seven years in prison. While behind bars, John suffered a stroke and landed in the hospital in a vegetative state, where Gloria made the decision to remove him from life support as he had signed a DNR. One could argue that Terrible Tom’s presence in Genoa City indirectly led to the death of the beloved Abbott patriarch.

<p>Tom Fisher was the abusive stepfather to Michael Baldwin and father of Kevin Fisher. He often locked a young Kevin in the closet, which gave him horrendous flashbacks later in life. When Tom was in Genoa City, Lauren was stunned to see Michael attack him in their home.</p>

<p>Tom had few fans in Genoa City and Lauren was well aware of his history with her husband and brother-in-law. Lauren was presumed dead after Tom blew up a yacht she was on, but he actually abducted her and locked her up with Sheila Carter in a fallout shelter.</p>

<p>Tom took up with Lauren’s nemesis, Sheila Carter, at one point and she acted as his accomplice while in disguise. She later turned on him.</p>

<p>Terrible Tom started a relationship with Ashley Abbott, who was unaware of his connection to Michael, Kevin, and Gloria, his ex-wife, who had remarried Ashley’s father, John Abbott. After her father shot Tom, Ashley took the blame until the truth came out.</p>

<p>When Tom realized Gloria had married into money as she was now the wife of John Abbott, he decided to blackmail her. Terrified of Tom, and of losing John, Gloria went along with it.</p>

<p>John Abbott eventually learned the truth about Tom’s identity and his abusive past with Gloria and her sons. John punched Tom in the Athletic Club and later shot him dead in an alley. John eventually went to prison for the crime and was sentenced to seven years. He died in prison and never made it home to his family.</p>

<p>The end of Tom’s life meant the beginning of a new chapter of sorts for Kevin, who had suffered from the lasting effects of his father’s abuse. Throughout his life, certain circumstances would remind him of being locked in the closet or verbally abused. Recently, Kevin needed reassurance from Chloe that he wouldn’t be a father like Tom.</p>

Young and the Restless Fan Fiction:...