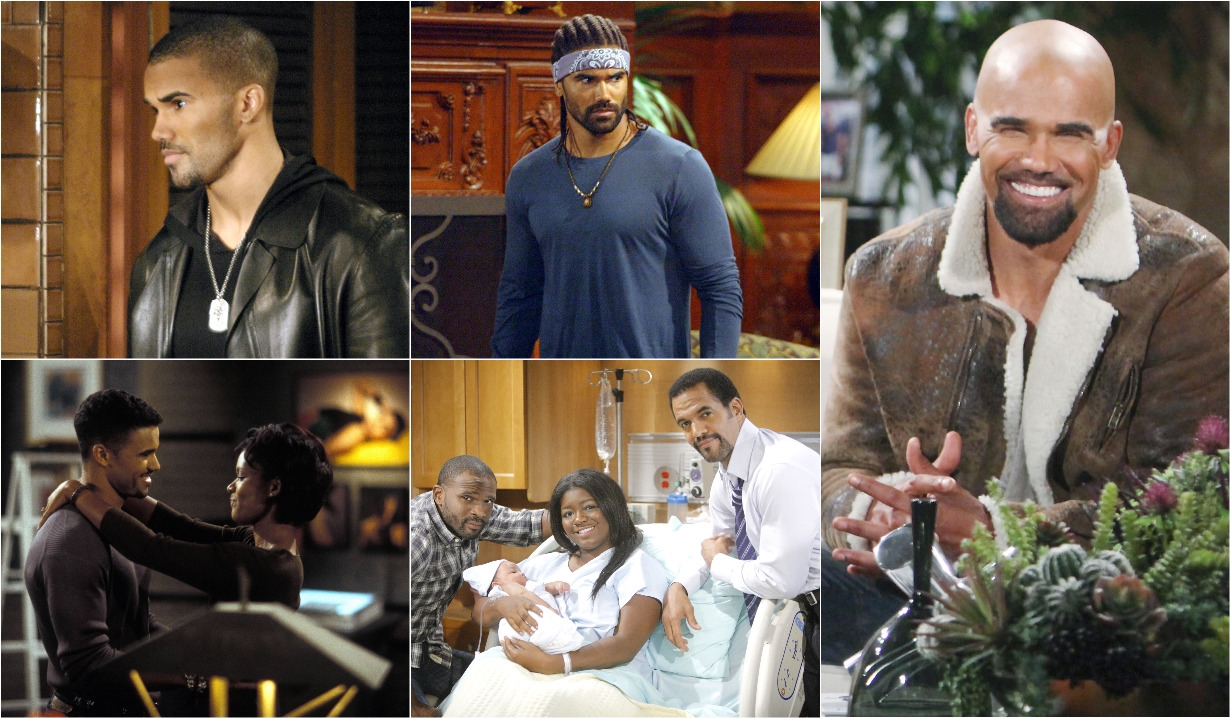 Young and Restless character has often loved his family from a distance.

With CBS airing classic Young and Restless episodes featuring the Winters family this week, it’s the perfect time to take a detailed look back at the character of Malcolm Winters (Shemar Moore).

The character of Malcolm Winters has been played by Shemar Moore since 1994, aside from a stint from December 2009 – October 2011 during which the role was played by Darius McCrary. Moore went on to primetime television success in Criminal Minds and S.W.A.T., but has popped in as Malcolm on Young and Restless several times in recent years, most notably for episodes honoring the late Kristoff St. John, who Moore considered a brother, and his character, Neil Winters.

Malcolm was a rising star in the athletic world in his high school years, but his dreams of a scholarship were dashed when he suffered a knee injury. He took to a life spent moving around with few roots and responsibilities.

Straight-laced Neil bristled when his cool younger brother Malcolm showed up in Genoa City looking to patch things up and insisted he had changed his wild ways, but was convinced to give him a chance by Drucilla Barber (Victoria Rowell) and Olivia Barber (Tonya Lee Williams), who had shared a similar disconnection growing up as siblings.

Dru helped Malcolm establish himself as a photographer in Genoa City by getting him a job under the tutelage of Alex ‘Blade’ Bladeson (Michael Tylo).

Malcolm fell for Dru, who married Neil, though they had sex once when Dru thought he was Neil after taking an extra dose of cough medicine. Dru became pregnant, but chose to believe Neil was the father of her baby and carried on.

Malcolm dated Stephanie Simmons (Vivica A. Fox) after Dru prodded Olivia to set them up, but it didn’t last due to her demanding schedule.

When Blade was killed, Malcolm inherited his photography studio and equipment and embarked on a relationship with Keesha Monroe (Wanda Acuna, Jennifer Gatti). Despite learning she had an affair with Olivia’s husband, Nathan Hastings (Michael Lazarre-White), Malcolm stood by Keesha’s side when she was diagnosed with AIDS and married her on her deathbed in the hospital.

Olivia agreed to marry Malcolm after Nathan died in a car accident, pushing aside the feelings she secretly harbored for Neil. Malcolm became a father figure to Olivia’s son, Nate, and the union lasted two years until an insecure Olivia pushed Mal into the arms of his former lover, Callie Rogers (Michelle Thomas, Siena Goines).

Callie and Malcolm’s engagement ended when it was revealed she was still married to someone else, and Malcolm took up with Drucilla, who had split from Neil, until she left for Paris with her daughter, Lily (Christel Khalil).

Malcolm fell for Alex Perez (Alexia Robinson), but she was torn between him and Neil. When the trio ended up on a photo-shoot together in Kenya, Neil and Alex were forced to leave Malcolm behind as presumed dead after a bridge collapse when his body couldn’t be found.

Malcolm returned to Genoa City three years after his ‘death’ full of anger and became the manager of Crimson Lights. After helping to save Devon Hamilton (Bryton James) from the lion’s pit at the zoo, then donating blood to Neil when he needed life-saving surgery, Malcolm quit the coffeehouse to resume his photography when Jill Abbott (Jess Walton) offered him a job at Jabot.

Lily’s true paternity came out when Malcolm was overseas and unreachable on photo shoots. He returned after Dru’s death when Lily was fighting cancer, and took a job with Restless Style, hiring Devon as his photography assistant.

Malcolm’s fiancée, Sofia Dupre, worked for Devon’s biological father, Tucker McCall. The pair split when she kept it a secret that she’d been embezzling funds, but reunited. Unaware that Sofia had sex with Neil when they were estranged, Malcolm married her, then moved out after learning she was pregnant and the baby might be Neil’s. Malcolm left for Guam when the boy was born and turned out to be Neil’s son, only saying goodbye to his close friend, Phyllis Summers (Michelle Stafford).

Malcolm’s most recent visit followed the untimely death of his brother Neil from a stroke. Malcolm spoke at his sibling’s funeral and took a group shot of the family before leaving. He inherited the family photo albums from Neil in the will reading.

<p>Malcolm Winters (Shemar Moore) is the brother to the late Neil Winters. Pictured with his family, he was once married to Dru’s sister Olivia and had sex with drug-induced Dru, who she thought was Neil, and fathered her daughter Lily.   </p>

<p>Malcolm and Olivia married after they grew close while mourning the deaths of their spouses, Keesha and Nathan. Malcolm became a second father to her son, Nate.</p>

<p>Malcolm is with his nephew Devon, who was adopted by his brother Neil. Devon often stuck up for Malcolm and tried to reason with his sister Lily on Malcolm’s behalf.</p>

<p>Malcolm fell for Alex Perez, who was torn, as she also had feelings for his brother, Neil. During a photo shoot, a distraught Malcolm overheard a conversation between Neil and Alex right before a bridge collapsed beneath their truck. Malcolm was presumed dead and Alex and Neil returned to Genoa City consumed with guilt.</p>

<p>Malcolm returned to Genoa City three years after he was left behind by Neil and Alex in Kenya. He was sporting a new look and an angry attitude.</p>

<p>Malcolm and his niece Lily always had a special bond. Though things were rough when she found out that Malcolm was actually her biological father, she, Malcolm and Neil ultimately found a balance in their relationships.  </p>

<p>Neil and Malcolm were never close growing up. As adults they loved one another but were often at odds over circumstances or women.</p>

<p>Malcolm fell for Drucilla when he first arrived in Genoa City, but she married Neil. Later, they had a brief affair when Dru and Neil split up, but she ultimately decided to leave town and move to Paris with Lily.</p>

<p>Malcolm’s closest friend in Genoa City is Phyllis Summers. He and the redhead always connect when he comes back to town from his travels.</p>

<p>Malcolm and Olivia’s marriage ended over her trust issues, and they did battle over him wanting to stay in Nate’s life. When Malcolm returned during Lily’s fight against cancer, things were still tense between them.</p>

<p>Malcolm (briefly played by Darius McCrary) married Sofia Dupre, unaware that she had sex with Neil when they were on the outs. When she became pregnant and was forced to reveal that the child might be Neil’s, Malcolm stuck around until Moses was born and a test showed Neil was the father. Malcolm left town.</p>

<p>Malcolm returned following the untimely death of his brother, Neil, from a stroke. He and Devon embraced with their shared pain as he arrived at the penthouse.</p>

<p>Malcolm spoke at Neil’s funeral, then returned to Devon’s penthouse with family and guests to remember his brother. Malcolm took a group photo and made a toast before leaving again. Neil left Malcolm the family photo albums in his will.</p> 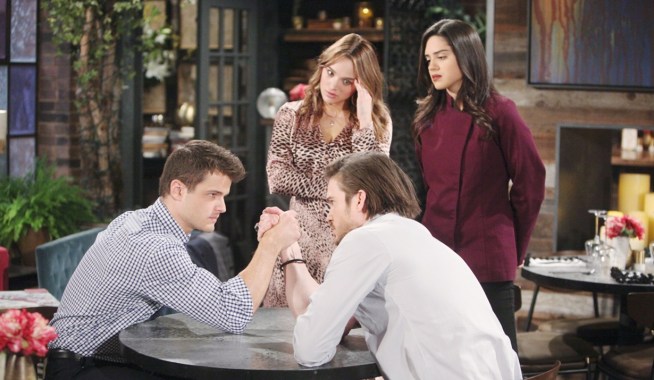 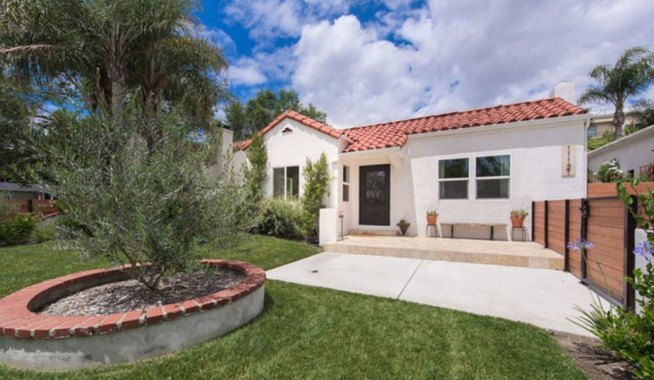