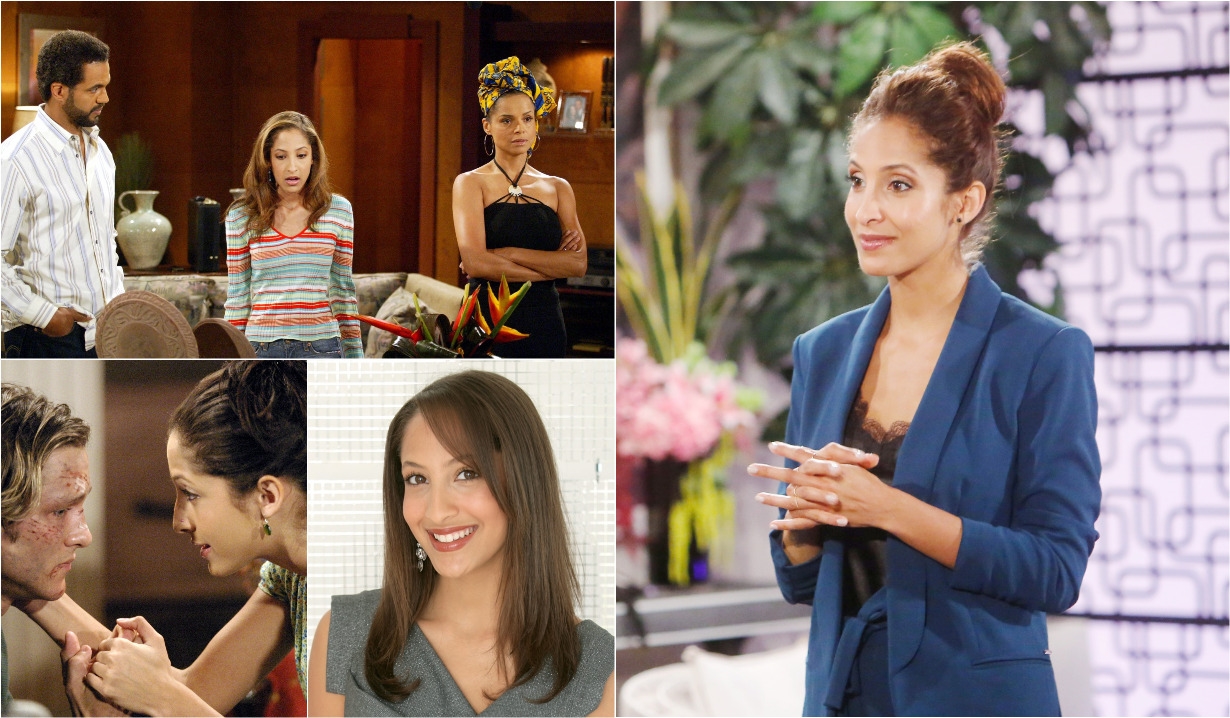 Young and Restless character evolved into a modern woman with a new chapter ahead.

With CBS airing a classic Young and Restless episode that features Lily giving Hilary a rude awakening, Soaps.com revisited the character’s history to mine for details about her journey that some may have not known or may have forgotten.

As a child, Lily Winters was played by Vanessa Carson and Brooke Marie Bridges. When the girl was aged to a teen, Christel Khalil took over the role. She was replaced by Davetta Sherwood during the 1996 storyline that involved Lily marrying Daniel Romalotti (Michael Graziadei) before Khalil returned to the role.

Lily grew up believing she was the daughter of Drucilla Barber Winters (Victoria Rowell) and Neil Winters (Kristoff St. John) until it was revealed that Neil’s brother, Malcolm Winters (Shemar Moore), was actually her biological father, having had sex with Drucilla when she was out of it on cough medicine. Malcolm believed Dru knew who she was with, but she thought he was Neil.

As a teen, Lily became involved with Kevin Fisher (Greg Rikaart) after they connected in an online chat room. He was older, which caused her concerned friends to alert her parents, but not before Kevin had convinced Lily to have sex, which resulted in her getting a sexually transmitted disease, Chlamydia.

Lily brought troubled teen Devon Hamilton (Bryton James) into the fold after meeting him and encouraging Dru to get to know him. Seeing herself in Devon, Dru convinced Neil and a social worker to allow him to be temporarily fostered in their home. Lily and Devon ran away at one point when he was threatened to be sent to a group home, but Victor Newman (Eric Braeden) stepped in until it was agreed by Neil to foster Devon permanently.

Lily suffered through the loss of her mother after Dru went over a cliff while struggling with Phyllis over a phone containing incriminating photos of Sharon Newman (Sharon Case) and Brad Carlton (Don Diamont). Her body was never found.

Lily met Cane Ashby (Daniel Goddard) when she was 19 and he was 31 years old. After she won the Fresh Face of Jabot contest, they had sex for the first time on Valentine’s Day and she later learned she was pregnant. They lost the baby, and Lily took up with Billy Abbott (then Billy Miller) when Chloe Mitchell (Liz Hendrickson) passed her unborn child off as Cane’s. Once it was revealed that Billy was actually the baby’s father, Lily and Cane were married.

Lily and Cane became estranged when he was revealed as a con, but they reconciled when she wanted him by her side as she battled ovarian cancer. Lily’s eggs were harvested and Mackenzie Browning (then Clementine Ford) carried Cane and Lily’s twins, Charlie and Matilda.

Lily and Cane’s marriage survived a lot, including his presumed death, gaslighting, cheating, and deception, however, they divorced after Lily went to prison following the car accident that led to Hilary’s (Mishael Morgan) death. Lily moved away, but returned to Genoa City with a new outlook and took a job alongside Billy heading up Chancellor’s media division.