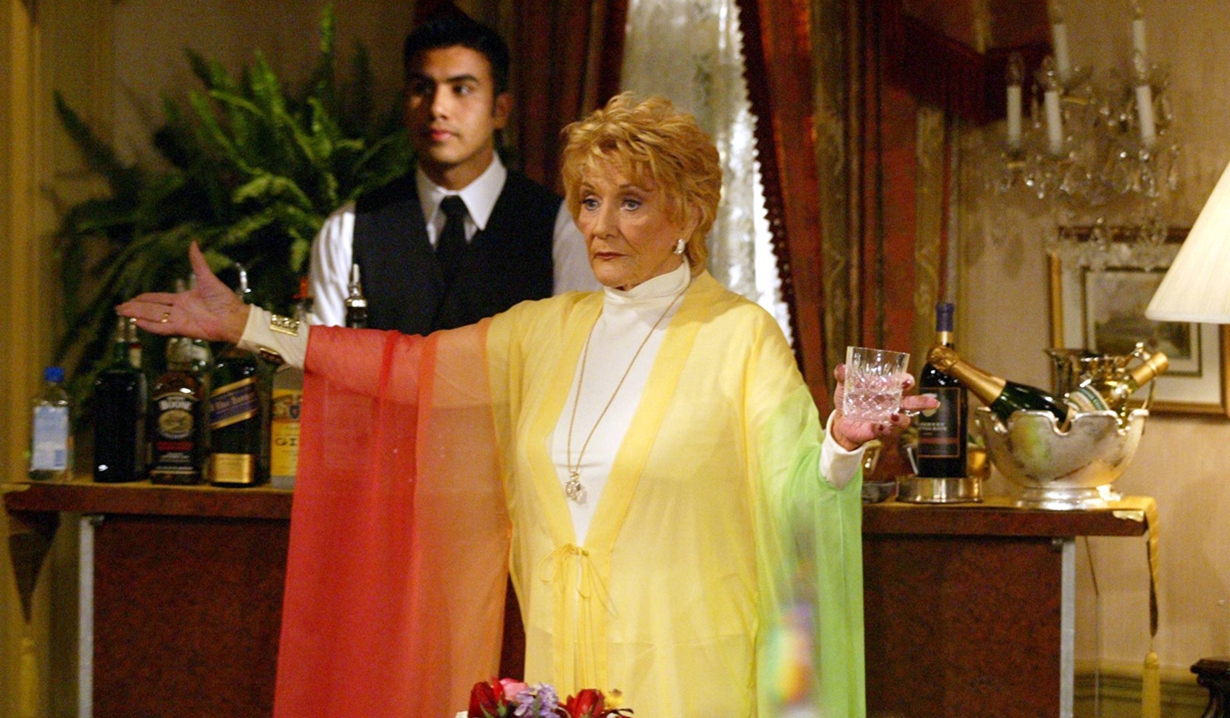 The Duchess turned the tables on her loved ones.

Since Young and the Restless has run out of new episodes, classic episodes are being aired, some of which may be unfamiliar to new viewers. Because of this, Soaps.com will attempt to keep our readers in the loop about some of the storylines you’re viewing. On Tuesday April 28, Young and the Restless will air a classic episode from July 2004 featuring Katherine Chancellor staging her own intervention. Here we provide some background on that storyline…

Katherine’s intervention came on the heels of her learning that the child she had given up as an infant was none other than her nemesis, Jill Foster Abbott. Kay had a stroke upon hearing the news and was left with only Jill to care for her, when her other shocked relatives, such as her son Brock Reynolds and granddaughter Mackenzie Browning, left town. Katherine began to get better but hid her improvement from Jill initially. When the pair began arguing over Esther Valentine’s presence in the mansion, Katherine and Esther moved out and Jill, who was by now hitting the bottle herself, began renovating. This caused Katherine great distress and she fell off the wagon after twenty years of sobriety.

The renovation was halted but Katherine kept drinking. Upon learning that Jill, Esther, Arthur Hendrickson, and her granddaughter Mackenzie were planning an intervention, Katherine decided to surprise the group, which also included Liz Foster, Nikki Newman, Brock, and Lauren Fenmore, with an intervention of her own, which was catered and featured a full bar. Katherine’s loved ones made their pleas to The Duchess before leaving, after which Kay passed out with a drink in her hand and dreamed about her late husband, Rex Sterling and grandson, Phillip Chancellor, who also pleaded with her to get help. She then decided to enter rehab, and later returned to the Chancellor Estate clean and sober.

Key Things to Know About Phyllis...

What You Need to Know About the...