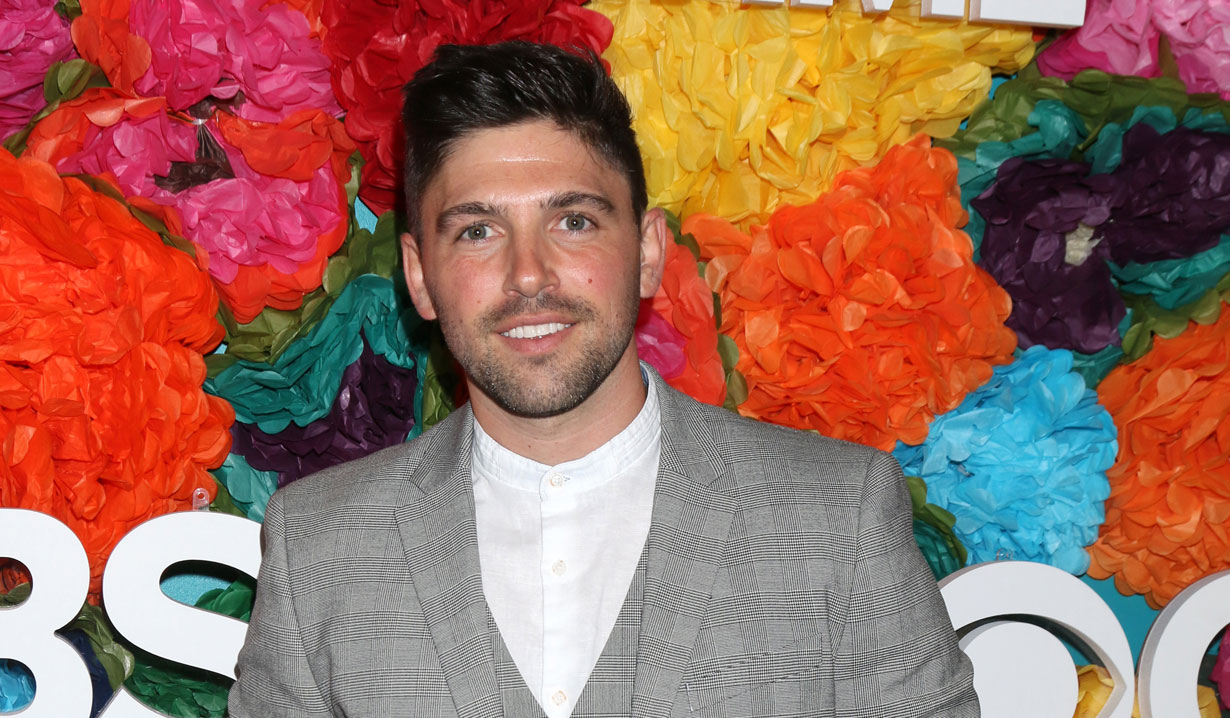 Updated January 10: Soaps.com readers, take note… The title for the LMN thriller, surrounding a long lost sister, starring Young and Restless’ Robert Adamson (Noah Newman) has been changed from The Daughter Stalker to Who Wants Me Dead? The actor alerted fans on Instagram. Be sure to tune in on Friday January 17 at 8:00 PM.

On December 27, 2019 we reported Young and the Restless fans should keep an eye out for daytime alum Robert Adamson, who played Noah Newman from 2012 until 2018, as Corey in the upcoming Lifetime Movie Network (LMN) thriller The Daughter Stalker on January 17 at 8:00 PM. Along with this movie, several other daytime stars appear in Lifetime’s annual January event Deadly Resolutions. Other films airing in the New Year include Days of our Lives alum Lucas Adams in Lucas Adams in Gone Girl, Gone and Young and the Restless’ Vivica A. Fox in The Wrong Sitter.

The Daughter Stalker centers on Carlyn (Karynn Moore, Jane by Design) who after the death of her estranged sister Nikki (Rosalie McIntire, My Killer Client) is surprised to learn that she is named in Nikki’s will as the guardian of her adopted daughter Zoey (Juliet Rusche, Underdog). Carlyn moves across the country to honor her sister’s wishes and look after her daughter Zoey but soon learns that not only was Zoey left with a substantial inheritance but that not everyone is happy that Nikki had a long lost sister who she named as Zoey’s caretaker. Someone else wants custody of Zoey and they aren’t going to let Carlyn stand in their way. The movie, produced by The Cartel, is directed by Lisa France (Getting On) and written by Sandra Bailey, who played Officer Hanson on an episode of General Hospital this past June. The movie also stars Jade Harlow (Passions, Jessica Bennett, Lianna Ramos on The Bay, Sheryl Connors on Days of our Lives and Monica Reynolds on Youthful Daze) as April, Catherine Carlenas (Now We are Talking) as Ms. Hanson and Billy Armstrong (Nashville as Dave).

Adamson recently filmed an episode of ABC’s Stumptown starring Cobie Smulders (How I Met Your Mother) titled The Past and the Furious which is tentatively scheduled to air on January 15 at 10: 00 PM. The show is based on the series of graphic novels by the same name and follows Dex Parios (Smulders), a strong, assertive and sharp-witted Army veteran who has a complicated love life, gambling debt, a brother to take care of and works as a private investigator in Portland, Oregon.

I’m not sure if every guest star at @stumptownabc gets this kind of treatment, but my god was I spoiled. @cobiesmulders was easily the kindest, most generous #1, I’ve ever worked with. @louweezy7 wrote this beautiful episode that has been haunting me all week. I’ve loved processing this guy’s journey. @staceykblack .. you directed the best episode of Television, ever!… until your next episode of course. Happy #Stumpday, adieu #Stumptown!