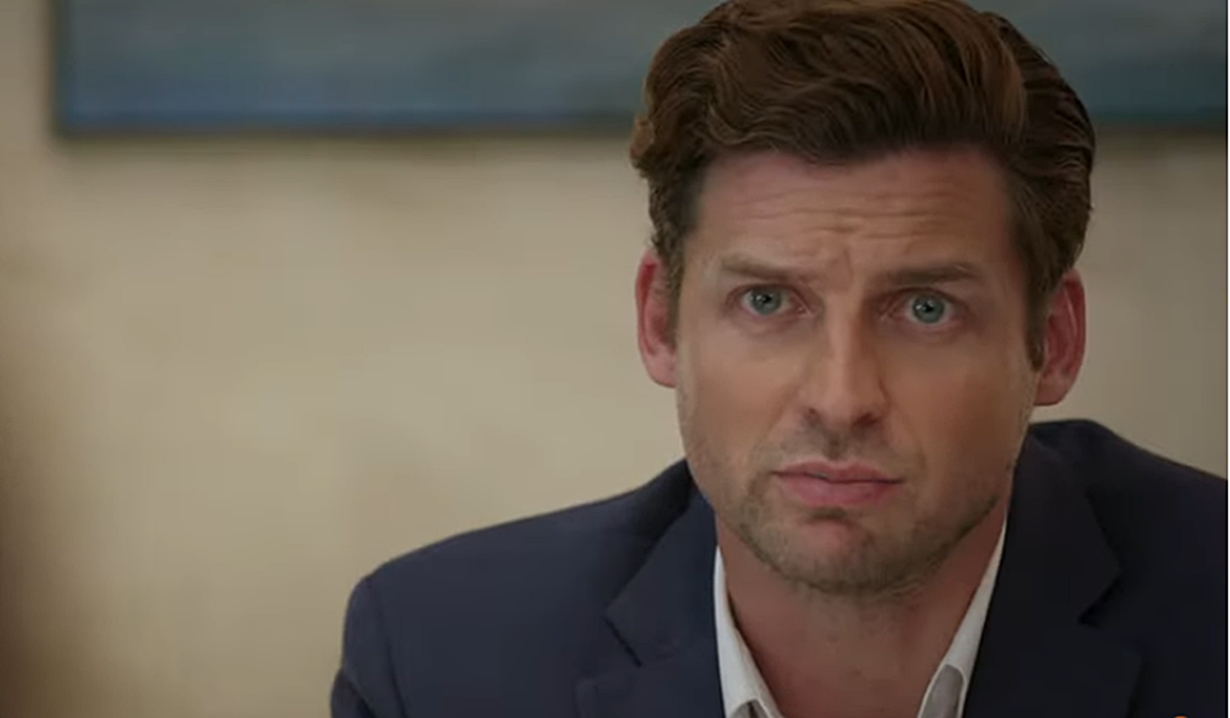 Young and Restless actor fell in love on set of heartening Christmas movie.

The Young and the Restless newcomer, Donny Boaz, who plays Phillip ‘Chance’ Chancellor IV, is starring in an upcoming new holiday movie in which The Bold and the Beautiful’s Jeremy Ray Valdez (Detective Alex Sanchez) also appears. Soaps.com has the details on 12 Pups of Christmas, which surrounds the story of Erin, a canine therapist, who recently becomes single and relocates to take a position in a new town. The role of Erin is played by Charlotte Sullivan (Mary Kills People, Chicago Fire), who finds herself dealing with an egotistical boss, Martin, at her new job and tasked with finding homes for 12 puppies left behind following a photoshoot for his struggling GPS locator start-up…right before Christmas. Working alongside Martin (Boaz), Erin realizes he may not be as bad as she thought, and when her positive take-charge attitude helps save his company, the duo is opened up to the idea of finding love. Valdez plays Wally in the holiday film, while other cast includes Elizabeth Small (Hip Hop Harry) as Carly, Phillip Boyd, who appeared on Young and Restless as David in 2003, as Travis, Thomas Bell, who had dayplayer roles on both General Hospital and Days of our Lives, as David, and Kat Marie (Cody Allen: Black & Blue) as Tabitha.

Boaz took to his Instagram account to post photos from the set with the puppies, including the starring pup named Hope, and gushed he was falling in love. Valdez also shared photos from the set of 12 Pups of Christmas, one alongside Kat Marie, wearing ‘geeky tech glasses’, as well as with Elizabeth Small and writer/director Michael Feifer. The actor enthused about laughing, singing Christmas carols and wearing sweaters in June when the movie was filmed.

12 Pups of Christmas is scheduled to air on Ion Network on Saturday December 21 at 7:00 PM EST, followed by encore performances Sunday December 22 at 11:00 PM EST and Tuesday December 24 at 5:00 PM. Check your local listings and watch the trailer below.

On set with my costar and partner in crime… @kat_m.a.r.i.e ! She cracks me up. We fell in love with our geeky tech glasses that wardrobe gave us. . Thanks #directducer @mikefeifer for everything. . . . . #christmasinjune #actor #Hollywood #makebelieve #12pups #christmasmovie

Love shooting this film! So much fun and we get to laugh, sing Christmas carols and wear sweaters in June. Director, @mikefeifer put a hilarious cast together. @lizzyyysmall is such a gem. @11turkey ya handsome devil you!! . . . . #christmasmovie #pups #puppies #actor