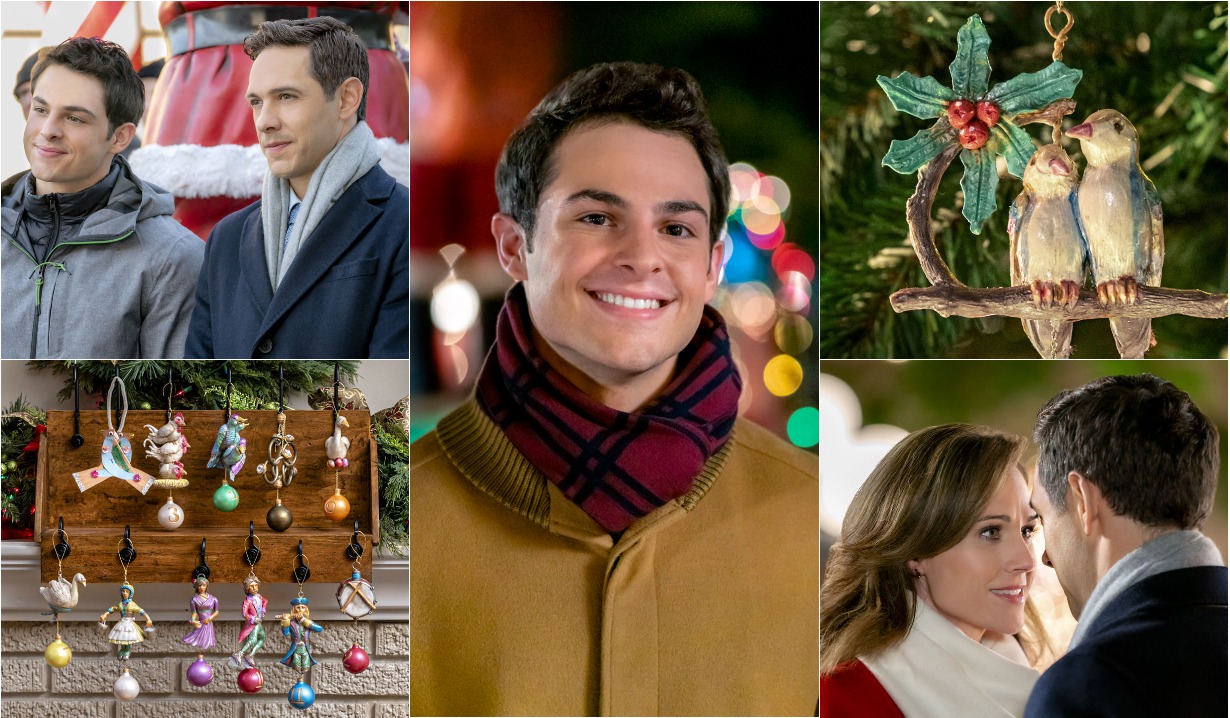 Young and the Restless’ star in heartwarming Christmas movie.

With Zach Tinker returning to Young and the Restless for the Christmas episodes as Fenmore Baldwin to visit with his parents, Lauren Fenmore (Tracey Bergman) and Michael Baldwin (Christian LeBlanc), Soaps.com took a look at what Tinker has been up to outside of the CBS soap. This weekend, Tinker’s Two Turtle Doves Hallmark Christmas movie aired. I tuned in, ready to play the Hallmark movies Christmas drinking game though, in lieu of drinks, I chose a large Dairy Milk chocolate bar. Tis the season. In Two Turtle Doves, Days of our Lives alum Nikki DeLoach (Brenda) stars as Dr. Sharon Hayes, along with Michael Rady (Sam) as the single father of a little girl. When Sharon revisits the Christmas traditions of her recently deceased Grandmother Vera, she meets dispirited father Sam and his daughter Mikayla. While spending time with the pair, Sharon realizes it’s still possible to discover Christmas joy.

Dr. Sharon Hayes is a renowned neuroscientist up for a half a million-dollar fellowship. Sharon has worked hard on her research and has career plans. Her Grandmother Vera was also smart and driven – getting a master’s degree in social work and working full time while raising Sharon. For Sharon, Vera was the ideal model of family balance and career. It was a treat to experience not one, but two gifted female characters.

Grandmother Vera made a voice recording of her major last wish – she wanted Sharon to complete 12 family Christmas traditions before making a decision about whether or not she would keep her Grandmother’s house and remain in Pine Springs. The 12 traditions were depicted in a leather bound journal, each tradition described by a hand written note and beautiful drawing. Before Sharon completes a tradition, viewers hear Grandmother Vera’s voice describing why she loved that particular tradition.

Doves Steeped in History and Mystery

Sharon’s 7th great Grandfather made Christmas ornaments for the 12 days of Christmas but never got to make the partridge in a pear tree. A family legend emerged proclaiming the two turtle doves ornament makes people fall in love. Unfortunately, the turtle doves are missing. Sharon discovers Vera made arrangements to have an artist make the partridge in a pear tree to complete the family set. The turtle doves are discovered in a box of things belonging to Sam’s late wife, Jenny. Jenny was a sculptor and it was Jenny whom Vera had commissioned to make the new ornament, using the turtle doves as a model. This special connection between the ornament and their families cements Sam and Sharon as the pair that falls in love, as per the ornament legend.

Bonding over grief and heartbreak

The characters exchange honest and raw dialogue about how painful it is to celebrate Christmas without deceased loved ones. In one of the film’s most touching moments, Mikayla reveals she also feels sad during Christmas but thinks her father doesn’t because he is laughing and smiling. Sam lets his daughter know that he is just putting on a front – he finds Christmas sad too. This honest portrayal of how sad the holidays can be for people missing loved ones was bittersweet and touching.

At her fellowship interview, Sharon plays a video of her giving a speech about grief and loss. She tells the panel about the loss of her Grandmother which resonates with the judges. She gets the fellowship and starts making big career plans. But Sharon unexpectedly returns to Pine Springs, finding a way to make romance and career happen. She will remain in the town for a year, using the fellowship money to write a book about grief and open a grief center.

Beloved Grandmother Vera’s attorney was actually her next door neighbor whom Sharon had heard a lot about, but conveniently never got to know. The town was the classic, picturesque small town, alive with Christmas lights and decorations. Instant bonding moments abounded, with Sam’s brother Alex (Zach Tinker) rapidly removing MiKayla from the room to make way for bonding moments between Sam and Sharon.

I had the first bite of chocolate at the discovery of the town name Pine Springs and again when I saw Days of our Lives alum Nikki DeLoach. Another block was bitten off when it was revealed Sharon was from New York and Sam was a single parent. The town tree lighting ceremony lead to another bite. I could have eaten the entire bar based on the criteria of mentioning a deceased relative, considering the plot was based around a recently departed grandmother. Other chocolate bite moments came from watching ice skating, a cookie baking segment and the first almost kiss between Sharon and Sam. I was able to finish the bar with the end of the movie featuring a kiss between the two and gently falling snow.

The holidays are one of the toughest occasions for those grieving a loved one. The fact that this Hallmark Christmas film explored this brought an appreciated element of realism, earning this film 4 Christmas ornaments out of 5.