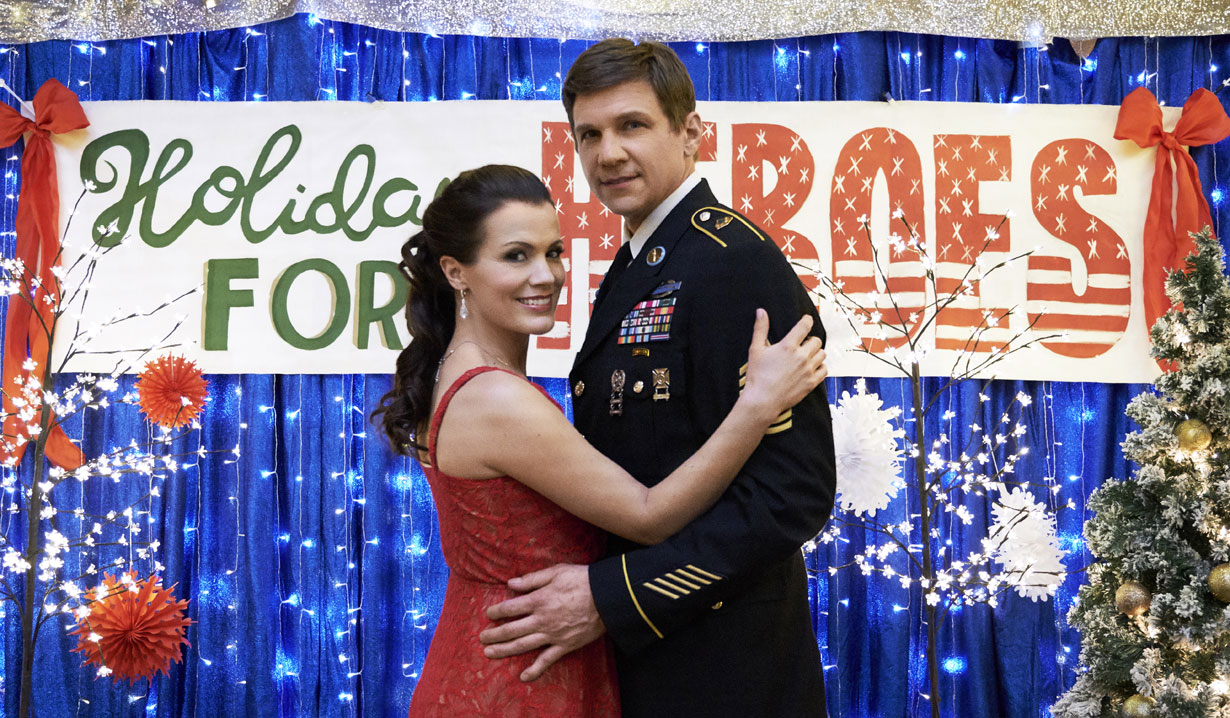 Young and the Restless star in a heartwarming holiday movie.

We’ve been watching as Melissa Claire Egan recently returned to Young and the Restless as Chelsea Newman and has once again found herself torn between Nick (Joshua Morrow) and Adam Newman (Mark Lawson). This weekend her Hallmark Christmas movie  Holiday for Heroes aired. I tuned in with a few festive eggnog martinis to play the Hallmark Christmas drinking game. I made mine with one part store bought non-alcoholic eggnog (low fat and soy alternatives also work), one part vodka, and one part amaretto. I then added a dash of cinnamon and nutmeg to the top for Christmas cheer. If you are curious about the film, from Soaps.com’s Holiday for Heroes synopsis in one of our alumni articles Egan plays, “Aubrey Brown, a woman who exchanges letters with a soldier, Seargent Matt Evans, played by Marc Blucas (Buffy the Vampire Slayer, Underground), for a year before finally meeting him.”

Owned their own business

Egan’s character Aubrey and her best friend Jade (Latarsha Rose) run their own coffee shop. It was a nice departure from the chef or bakery theme, and the business was theirs, not the family business they begrudgingly inherited or had to save. They also work to further expand their business throughout the film, but naturally, face some financial challenges.

This was a more serious Hallmark movie dealing with families of deployed military members missing them at Christmas, and the beginning even had some scenes of combat, which you don’t normally see in these happy holiday films. It added a sense of reality to what are often unbelievable movies. Oh, but the ending was so unbelievable, but heart-warming at the same time.

The town’s Christmas lighting was beautiful and very well done, and the sets featured plenty of decorations to get the viewer in the Christmas spirit. At one point Aubrey joked that the hockey ring where Matt coached was poorly decorated, and it was, so he later surprised her with a ring filled with decorated trees and snowflake lights hanging from the ceiling in what was the first big romantic moment of the movie.

Rather than a gingerbread baking event, a cupcake war, or Christmas carnival, the town had a s’more-fest. They all gathered in the town square and all the town’s various businesses’ provided a variety of unique topping options for the attendees to craft their own special s’more to bake over campfires.

Diversity was well represented in the townsfolk, and let’s be honest, the majority of Hallmark Christmas movies tend to be white as snow. This included a Latino male who ran the major restaurant and served eggnog with a splash of Mexican hot chocolate, who also won the town eggnog contest. The town’s realtor is also a Latino. Aubrey’s partner Jade was African American, as was the contractor they hired for their business and convinced to play Santa for the holiday for heroes celebration.

As everyone is likely well aware, Hallmark Christmas movies are known for being formulaic and filled with predictable moments. That’s why the Hallmark drinking game works so well. The major cliché present was the town’s major Christmas celebration, the holiday for heroes party, was canceled by the city due to a large number of residents whose deployment was extended over the holiday. Aubrey, whose brother was among those spending Christmas abroad, was determined to see the celebration be held. Naturally every time Aubrey makes two steps forward, she is forced to take three back.

Matt and Aubrey who are destined to fall in love are also facing being torn apart. Matt is reassigned at the end of his current tour to the hometown of his penpal Aubrey, which ignites the romance. However he only has thirty days there, and either he re-enlists or takes a job teaching at a military academy in Virginia. Both choices take him away from his newfound romance. Will a Christmas miracle keep the couple together?

Matt is revealed to be an orphan without family. He was raised by his grandmother, who passed away ten years ago and thus has spent most of the past Christmases deployed and keeping the spirits of his fellow soldiers up over the holidays. Aubrey is in a similar situation and only has her deployed brother, which is why the holiday for heroes celebration is so important to her. Their parents were killed at Christmas in a car accident and is why she overdoes Christmas for her brother, but secretly it’s hard for her.

With the main actress a soap star and the first to appear, in keeping with Soaps.com’s new Hallmark Christmas Movies Drinking Game, I immediately had to take a drink within the first thirty seconds. Small sips were clearly going to be necessary if I was to be able to even comprehend, let alone remember, the end of the film. All in all, I had to drink 16 times thanks to moments such as a town Christmas tree lighting, caroling, eggnog and hot chocolate drinking, ice skating, misunderstandings over whether one character was interested in someone else, and while not a Christmas pageant, I made some leeway for the holiday for heroes party to take another sip. I was only forced to down the whole drink at the end when the boy predictably kissed the girl.

While a more serious movie with many funny and charming aspects, the film went a long way in breaking some of the formulaic plot tropes of the traditional Hallmark Christmas movie. The movie was well-acted and Egan and Lucas clicked on screen well. Their friendship turned romance didn’t seem forced or fake. Egan’s Aubrey was sweet, charming and bubbly, a big departure from the more serious Chelsea on Young and the Restless. For these reasons, this movie gets 5 Christmas ornaments out of 5. 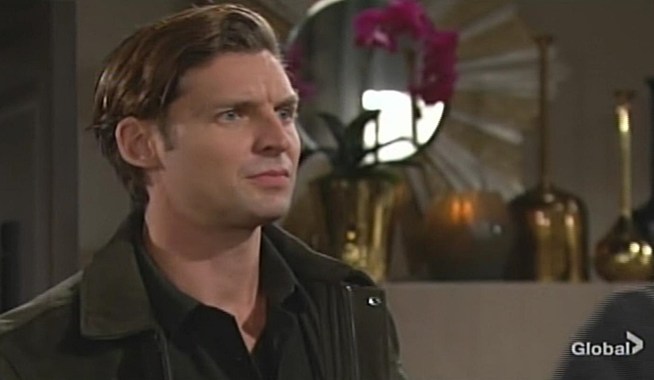 Young and the Restless Poll: Why Did Chance Punch Cane?

Y&R Spoiler Video: Ashley Offers Theo a Job With Her in Paris 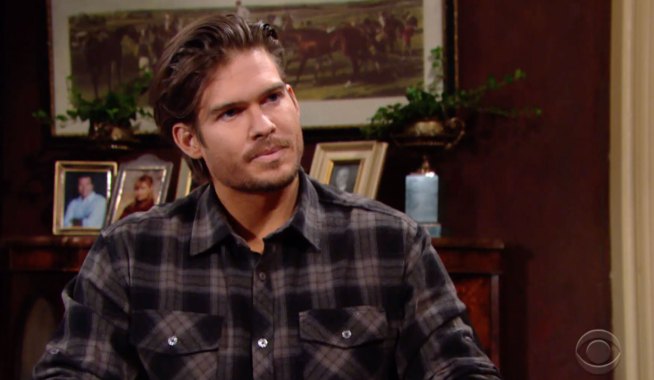