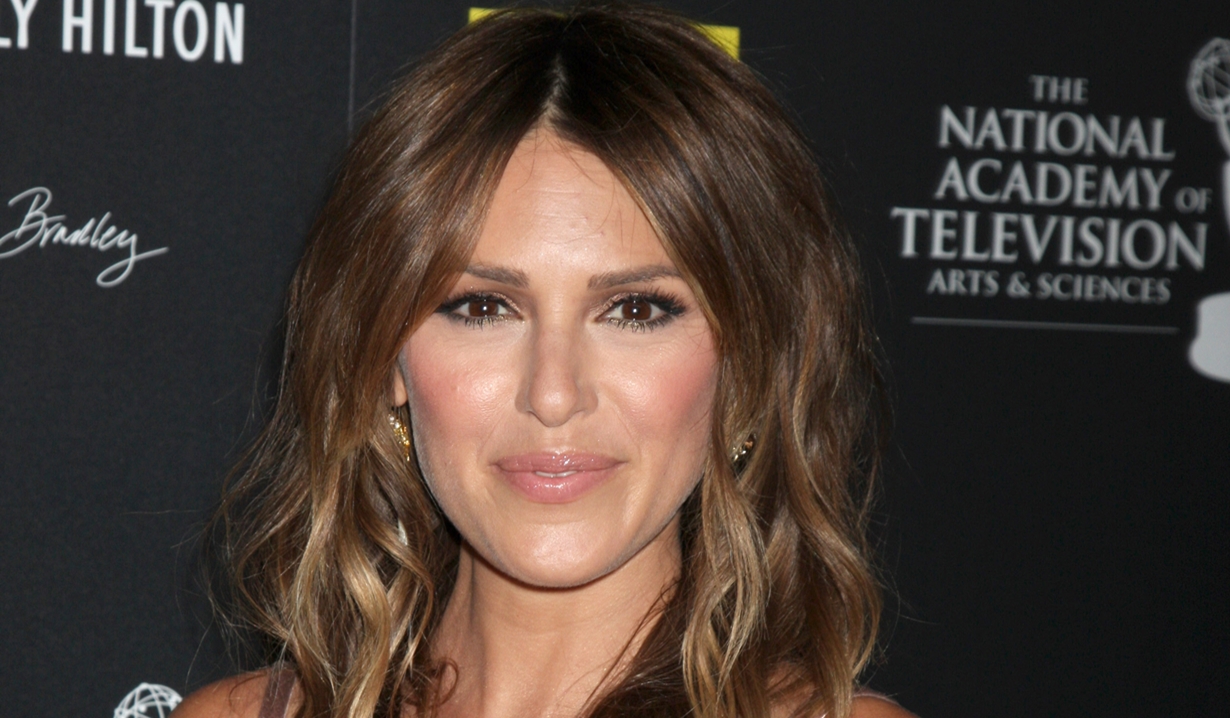 Young and Restless actress had a difficult journey to becoming pregnant.

Updated April 15: Several Young and the Restless actors took time to send co-star Elizabeth Hendrickson (Chloe Fisher) congratulations and love following the birth of her baby. Christel Khalil (Lily Winters), Greg Rikaart (Kevin Fisher) and Amelia Heinle (Victoria Newman) can be seen in the video clip, which Soaps.com posted below, and noted that even in hard times, good things can happen as they welcomed the newest member of the Young and Restless family.

On March 28 Soaps.com was happy to report that Young and the Restless’ Elizabeth Hendrickson (Chloe) had given birth to a baby girl at 9:22 AM on March 27. Little Josephine James weighed in at 6 pounds, 11 ounces and was 20 inches long. In the Instagram post below, which includes photos of Hendrickson’s daughter, the actress shared with excitement, “We did it! We are now officially 3!”

On March 26 we reported Young and Restless’ Elizabeth Hendrickson (Chloe Fisher) let her followers know that with her due date having passed, she has checked into the hospital to be induced. Soaps.com readers can see her post below in which she shared a photo of the nursery and noted it’s the last time she’d see it empty. The actress went on to explain, “We felt it was safest to get her here safely before Rob wasn’t allowed in the delivery room like they’re doing in San Fran and NY. 20 mins before we walked in the door the hospital, midwives were notified that after delivery only the mother is allowed with the baby postpartum. Rob has to leave. We are heartbroken but we also feel like I’m in incredible hands.”

Back on February 10 2020, Elizabeth Hendrickson’s (Chloe Fisher) baby shower was held over the weekend and was attended by some of her Young and Restless colleagues, including close friend Melissa Claire Egan (Chelsea Newman), who co-starred with Hendrickson on All My Children when they played Frankie Stone and Annie Dutton Lavery. Hendrickson posted photos from the shower on Instagram, which Soaps.com shared below, and enthused, “This baby girl will have so many wonderful Aunties to look up to. I can’t wait for them all to meet her and smother her with love.” It won’t be long now as Hendrickson indicated she is 32 weeks along.

On October 9 2019, actress Elizabeth Hendrickson, who returned to her Young and Restless role as Chloe Mitchell in June, after leaving General Hospital as Margaux Dawson, announced that she is expecting her first child with husband, Rob Meder. Soaps.com has her Instagram post sharing the exciting news, in which she reveals they will be welcoming their little bundle of joy, a girl, in March 2020. The actress made the announcement with a photograph showing her baby belly and quipping, “No that’s not a belly full of bagels it’s a belly full of bagels AND a BABY!” She went on to thank her former General Hospital co-star, Tamara Braun (Kim Nero) who snapped the shot during a shoot they were doing with photographer Brad Everett Young. Hendrickson’s Young and Restless co-star, Lauralee Bell (Christine Blair Williams) offered her congratulations in the comment section and enthused, “SO happy for you both!” Hendrickson married Meder in June after announcing they got engaged at Christmas in 2018. As part of the Young and Restless actress’ post, she also alluded to difficulties the couple had in conceiving and explained, “Our journey to getting pregnant has not been easy and I’m looking forward to talk about it more publicly, hear your stories, share experiences and learn as much I can from all of you.” Hendrickson opened up about two painful and discouraging miscarriages she suffered, one just months after the other, after becoming pregnant for the first time two years ago in October, and spoke of the self-doubt she experienced before finally realizing she wasn’t alone after talking with family and friends.

Soaps.com congratulates Elizabeth Hendrickson and Rob Meder on their thrilling news and look forward to sharing the first adorable photos of their baby girl next year.

We want to give our love and a big congratulations to @Theehendrickson and the newest addition to the #YR family! 👶 pic.twitter.com/mFAMkgRRFk

We did it ! We are now officially 3! Today we welcomed Josephine James into the world at 9:22am. 6lbs 11 ounces and 20 inches long. It was the most incredible birth thanks to my amazing midwife Didi and all of the nurses at UCLA Santa Monica. We couldn’t be more thankful for all of their hard work during a time like this. Rob is home resting, since he is not allowed to be with me postpartum. Hope you’re getting a good nights sleep babe bc it’s your last for a while 😬. I’m with my sweet girl for 24 hours and I just can’t stop looking at her. Thank you to everyone for your love and support. I couldn’t have gotten through this without all of you who have reached out. I’ve read all of your comments and I feel stronger than ever. Happy birthday JJ!!! Also be sure to check us out on people.com link is in my story and profile.

The last time I’ll see this room empty. We just checked into the hospital. We’ve decided to induce labor with everything moving so rapidly. We felt it was best to get her here safely before Rob wasn’t allowed in the delivery room like they’re doing in San Fran and NY. 20 mins before we walked into the hospital the midwives were notified that after delivery only the mother is allowed with the baby postpartum. Rob has to leave. We are heartbroken but we also feel like I’m in incredible hands. My midwife Didi is a dream and my nurse Andra is so awesome! I know i will be well supported by everyone in the maternity ward. My heart goes out to all of the mamas that are faced with being separated from their partners during delivery right now. I really can’t imagine doing this alone. I brought my ukulele to keep myself busy, music is playing, my lavender diffuser is brewing and I’m just keeping my eye on the prize. A gorgeous baby girl to be in our arms as safely and quickly as possible. . . . #nursery #nurserydecor #nurserydesign #pregnancy #pregnantcoronavirus #covid19pregnancysupport

Showered with so much love by my nearest and dearest this weekend. I feel so very lucky and supported by this incredible tribe of women who surround me. This baby girl will have so many wonderful Aunties to look up to. I can’t wait for them all to meet her and smother her with love. #32weekspregnant

Beyond thankful for these Fab Four! They really know how to make a Mama to be feel so incredibly loved. I can’t wait to bring my baby girl to set for her to meet her @youngandrestlesscbs extended family. Thank you to all of you who came, sent gifts, texts, notes of encouragement, support and pure love 📸 @justjimwarren . . . . . . #youngandtherestless #babyshower #mamatobe #babygirl #grateful #gratefulheart

No that’s not a belly full of bagels it’s a belly full of bagels AND a BABY ! We can’t wait to meet our baby GIRL, March 2020. Our journey to getting pregnant has not been easy and I’m looking forward to talk about it more publicly, hear your stories, share experiences and learn as much I can from all of you. I’m finally going to be a Mother and I can’t wait for what’s to come!!! Also sweet @tamarabraun grabbed this shot while we were doing a fun shoot with @bradley206. #16weeks

Two years ago in early October I found out I was pregnant with our first child. I was in shock, it was not planned. I was excited but also scared. I wasn’t sure if I was ready but knew I was with the person I wanted to have a child with so I came around quickly. Shortly after I experienced my first miscarriage. It was also a shock as it had all come and gone so quickly. A few months later I was pregnant again. I was more prepared for the positive result and so thankful to be able to get pregnant so quickly also for being in my late 30s. On the day of my first scheduled doctors appointment at 8 weeks I started experiencing the same cramps as the last time. It was awful. Painful. Emotionally and physically. I felt discouraged, incompetent and started having doubts in myself if i was ever meant to be a mother. I didn’t know how common it was until I started talking about it more openly with my friends and even with women I wasn’t that close with at my business. It helped immensely. The stories that other women shared made me realize I was not alone and at times I felt guilty talking about it when I heard about those who had miscarriages much later than I or had given birth to still borns. Talk about your experiences. Good or bad. You will find a new tribe of support you never knew existed. Its what gave me the strength and courage to continue to try. We were meant to be parents, when the timing was right. I couldn’t at the time understand why that was our story but now looking back I can see it all clearly. What’s meant to be is meant to be. Trust the story being written no matter how it may unfold. It somehow always works out in the end. To all of those who have had similar experiences I wrap my virtual arms around you and squeeze you tightly. I know how awful it all feels. You have support, please try to talk about it, it helps immensely. #pregnancyandinfantlossawareness 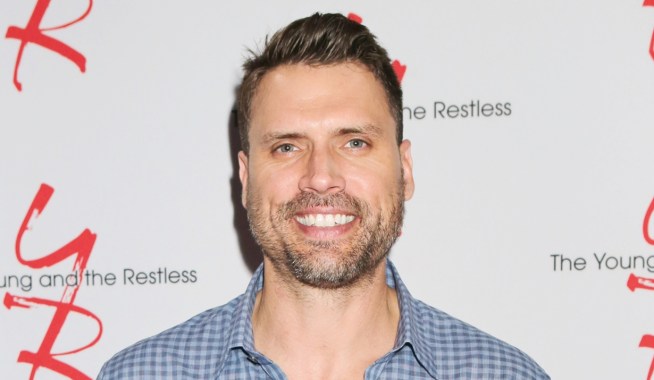 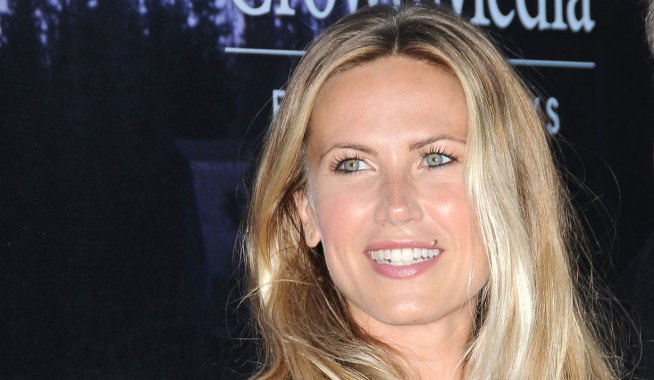