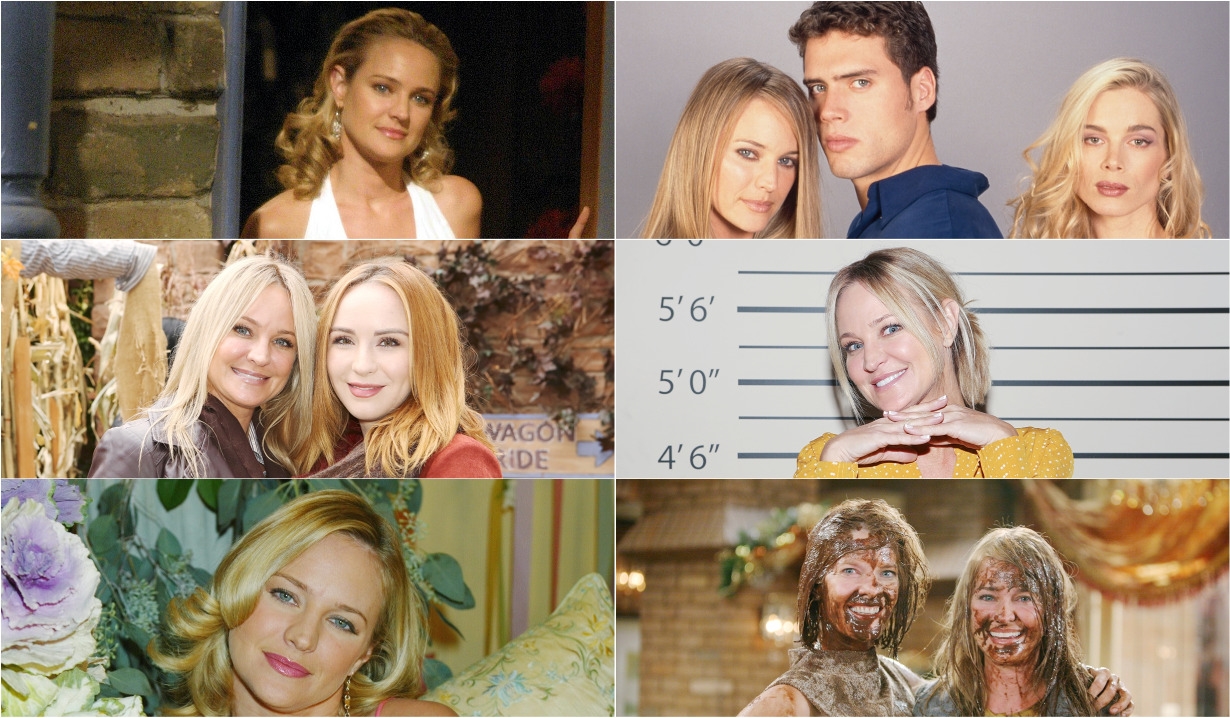 With actress Sharon Case marking her incredible 25th year on The Young and the Restless, Soaps.com thought it would be a perfect time to share tidbits and look back over the history of her character, Sharon Collins Newman, who first appeared on the CBS soap opera in September 1994.

Sharon Collins was played by two other actresses in 1994 before Sharon Case took over the role. They were Monica Potter and Heidi Mark.

Sharon Collins’ birthday is September 17, 1975. Her mother is Doris Collins, her late father’s name isn’t known. Sharon and Doris, who was left handicapped following an accident, came to Genoa City from Madison, Wisconsin.

Sharon’s best friend in high school was Grace Turner. Her boyfriend was Frank Barritt. Sharon got pregnant at 16, had Cassie, and gave her up for adoption. It was later revealed she had given birth to twins, with Mariah having been stolen at birth.

Sharon dated Matt Clark when she first came to Genoa City at age 18. Nick Newman became interested in her, but he was dating Amy Wilson. Sharon and Nick soon started dating, with Nikki Newman believing Sharon to be a gold-digger. Nick was convicted of shooting Matt after Sharon admitted he’d raped her, but it was revealed that Amy had actually shot Matt after he raped her too. Sharon married Nick Newman for the first time after he was released from jail.

Over the years, Sharon has been married to 6 different men; Nick, Adam, and Victor Newman, as well as Jack Abbott, Tucker McCall and Dylan McAvoy.

Sharon and Nick’s son, Noah, was born prematurely after Sharon took a fall on the ice. Believing he might die, Sharon’s friend Grace tracked down Cassie, the daughter Sharon had given up for adoption. Noah lived, and Grace, who came to love Cassie, kept her for a year before telling Sharon she was her daughter. Grace also went after Nick. They cheated, but Sharon took him back during a custody battle for Cassie. Sharon won custody of her daughter and Nick adopted her. The family opened Crimson Lights.

Matt Clark returned to town as Carter Mills at one point and Nick was again accused of his murder after he claimed to have raped Sharon after drugging her margarita. Nick was exonerated and Sharon ended up pregnant but lost the baby after an argument with Nick and they split up. Sharon had sex with Diego Guttierez and kissed Victor before they reconciled.

Cameron Kirsten, a man who had beaten Sharon during an out-of-town dalliance, showed up and Sharon believed she’d killed him. The body found was actually that of Cassie’s father, Frank Barritt, and Cameron was eventually exposed for trying to frame Sharon for murder.

Sharon and Nick’s life changed forever when 14-year-old Cassie died after crashing Daniel Romalotti’s car while trying to drive home from a party because he was drunk. In the aftermath of the death, Sharon fought an attraction to Brad Carlton, while Nick had an affair with Phyllis Summers, who became pregnant with his child.

Sharon was kidnapped during the reliquary mystery and after her rescue, Sharon began an affair with Jack Abbott, who she married.

Sharon and Phyllis were fighting at a photo shoot when Drucilla Winters intervened and went over the cliff into a river. Sharon was left clinging to the edge and also fell into the water, but was saved. Dru’s body was never found.

Sharon, Jack, Nick and Phyllis began Restless Style magazine together, but the two couples found it impossible to work together for long.

Sharon and Nick kissed while in Paris at the same time and Phyllis witnessed the moment. Not long after, Sharon filed for divorce from Jack. Brad wanted to comfort her at the Abbott cabin, but she wanted to be alone. On the way back to town, Brad rescued Noah, who had fallen through the ice, and died as a result. In the meantime, Nick had arrived at the cabin and he and Sharon had sex.

Sharon got drunk and hooked up with Billy Abbott when Nick chose to remain with Phyllis. She continued the affair until Phyllis found out, then moved back in with Jack. Sharon began stealing during this time, and also had sex at the cabin again with Nick. Sharon ended up pregnant and didn’t know if Billy, Jack or Nick was the father. Sharon led everyone to believe the baby was Jack’s because Nick needed to be with Phyllis and Summer, who was in a coma. The truth later came out that Nick was the father, and Jack left Sharon, who stole again and ended up in a mental facility.

Sharon gave birth to Faith in the same mental facility where Ashley Abbot was having a hysterical pregnancy after being gaslighted by Adam Newman. Adam had a doctor give Sharon’s newborn to Ashley and Sharon and Nick were told their daughter had died. Adam’s guilt caused him to feel drawn to Sharon and they ended up in a romance and got married. When the truth came out about Faith, Ashley gave her back to Sharon.

Sharon was drawn back into romance with Adam time and again despite everyone’s disapproval, including a romantic interlude in New Orleans, until she faked her own death after being convicted in Skye Lockhart’s murder. Using the alias Sheri Coleman, Sharon fell into a romance with Sam Gibson. Sharon was later cleared after a retrial.

Sharon married Victor when he was incarcerated for killing Diane Jenkins (trying to protect Nikki). Later, when he went missing and was presumed dead, Sharon became CEO of Newman Enterprises and had sex with Tucker McCall. Victor returned just after Sharon had married Tucker. Sharon was arrested for fraud and conspiracy and Victor had his marriage to Sharon annulled. A deal was struck for Sharon’s freedom, after which her mental instability, and overhearing that Chelsea was pregnant with Adam’s baby, led to her burning down the ranch. Adam came to the rescue and Sharon was diagnosed as bi-polar and put on medication.

Sharon met Dylan McAvoy after her car ran his truck off the road in icy conditions, but he ended up with Chelsea when she lied he’d fathered her child, not Adam. Sharon and Adam began having sex again, but Adam was cold and indifferent toward her.

Sharon led Nick to believe he was not Summer’s father and admitted to Cassie’s ghost that she had switched the paternity results so it would appear Jack was the father. Phyllis overheard and during a confrontation with Sharon, fell down the stairs and was sent to Georgia in a coma. While she was away, Sharon reconciled with Nick and learned Mariah Copeland was her long-lost daughter, Cassie’s twin, after Victor brought her to town to gaslight Sharon. Phyllis reappeared as Sharon was about to remarry Nick and the truth about Summer’s DNA came out soon after.

Sharon got together with Dylan and announced she was pregnant, but suffered a miscarriage. Sharon wound up in Fairview and believed she was still pregnant. Dr. Anderson, who had a vendetta against Nick, gave Sharon his and Sage’s newborn son. Sharon and Dylan raised ‘Sully’ until the truth was exposed, and Nick took his son (who was really Adam’s) away from them. Dylan experienced PTSD, and volunteered for a dangerous assignment with the Feds, which led to him leaving to go into the Witness Protection Program.

Sharon got involved with Scott Grainger while trying to move on from Dylan and doing college psychology courses. While working the police crisis hotline, Sharon, along with Scott, became enmeshed in the life of Crystal, who was being forced to work as a prostitute. Crystal was revealed to be the sister of Tessa Porter, who dated Sharon’s son Noah before beginning a relationship with Mariah. Sharon dumped Scott after he was caught kissing Abby Newman.

Sharon and Phyllis learned the truth about Nick’s son Christian being Adam’s son and argued over whether to tell him. Chelsea, who also knew, tried to stop Sharon from revealing the truth to Nick by hitting her over the head with a coffee pot. After Chelsea left town, Nick moved back in with Sharon and they became engaged again. Nick’s darker side emerged, and he and Sharon argued over his behavior. Believing Sharon had called off their engagement, Nick had sex with Phyllis. When Nick and Sharon reconciled and made it to the altar, Sharon exposed the cheating instead of saying her vows.

Sharon, Phyllis, Victoria and Nikki made a pact after Nikki hit the abusive JT Hellstrom over the head during a girls’ night at Victoria’s house and they buried his body together. They hid the truth for months during which time Sharon fell for married police officer, Rey Rosales. Rey figured out Sharon’s involvement while at her house to profess his love and Sharon was arrested, went on trial, and was sentenced to prison time, but Rey arranged for the womens’ escape to the Abbott cabin, where it was revealed that JT was still alive.

Sharon accompanied Rey to Las Vegas to investigate what Victor was up to on Paul Williams’ behalf. While there, Sharon learned from Victor that Adam, who was presumed dead in an explosion years before, was living there with amnesia as Spyder. Sharon was able to convince Adam to return to Genoa City.

Sharon was repeatedly drawn to Adam due to their history and Rey eventually ended their relationship as a result. Sharon had sex with Adam, who later proposed, but Sharon turned him down, disturbed by his insistence that she had a dark side like him. Sharon then announced she was taking a trip on her own to clear her head. 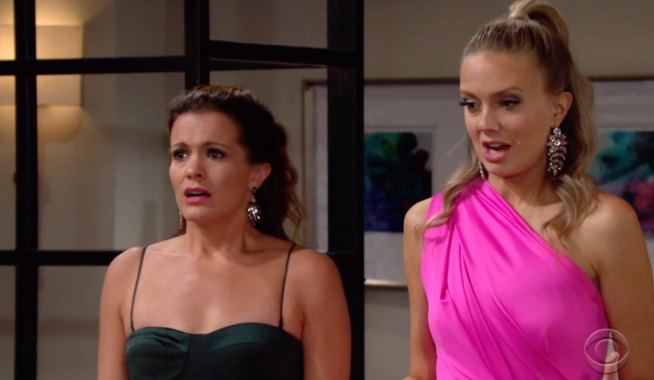 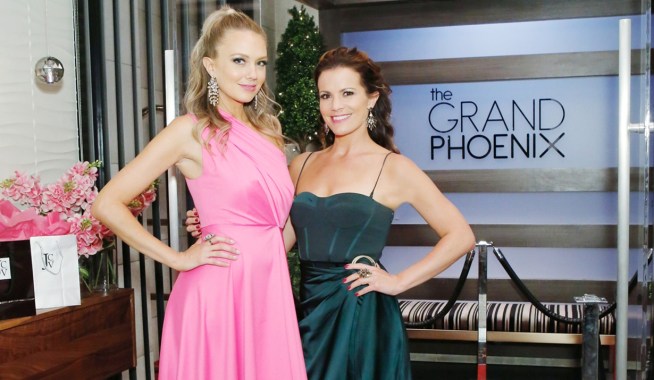