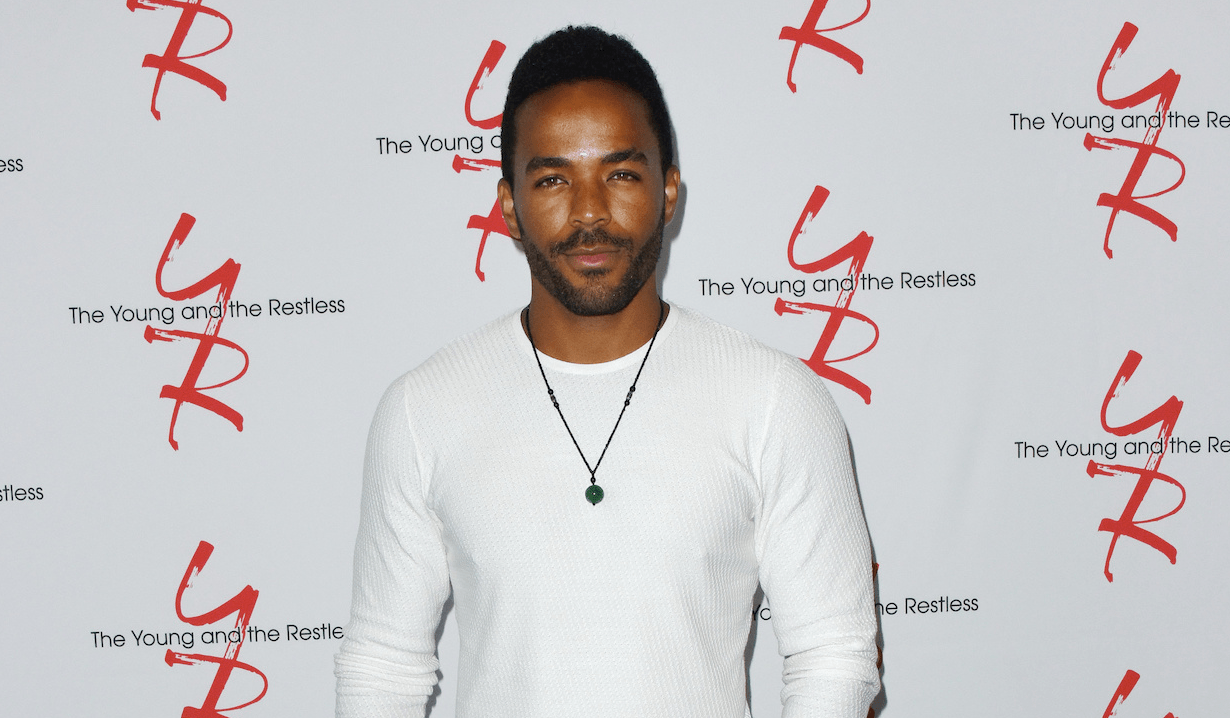 From modeling to bartending to The Young and the Restless.

As Soaps.com readers know, Sean Dominic took over the role of Nate Hastings on The Young and the Restless on April 10, 2019. Dominic recently talked about his journey to the CBS soap with Soap Opera Digest and shared how easy his castmates made his transition and who he loves working with.

Growing up, Dominic moved around a lot due to his mother being in the Air Force, but they eventually settled in Delaware where he went to high school. He was in his school’s band, a gospel choir, an R&B group and was an all-around athlete (“I played every sport”). He also appeared in the occasional school play. However, he recalled, “In my head, I was too cool to be one of those thespians. At that time I just thought they were cornballs, but every so often there would come a play I’d be in.”

After a couple of semesters in college, Dominic moved to Atlanta to try his hand at modeling. Doing most commercial print and some campaigns in South Africa, the actor said of that time, “I loved it. For the most part, it was amazing. Travel, making pretty good money and constantly meeting new people. It definitely broadens your horizons.”

From there he moved to New York City where he continued to model and took acting classes. Though he never specifically pursued acting, he stumbled upon a role in the TV show Royal Pains through a friend. Of the shoot, he recounted, “I watched the lead guy and what his method was for acting. I didn’t see anything that made me think, ‘Oh man! That’s so hard to do.’ He was just committed to what he was doing.” Dominic eventually ended his modeling career and worked as a bartender at a comedy club where he found inspiration from dedicated comedians who regularly performed.

After losing his bartending job, he took a real chance at acting. “I just hit it from the ground up: web series, short films, just doing any and everything and not worrying about pay. I’ve always kept this quote in my head: Be so good they can’t ignore you.” A few years later he came out for pilot season in Los Angeles and auditioned for The Young and the Restless. He planned to fly back to New York shortly after his audition for the CBS soap, but he landed the role, which required him to start shooting the following week. He didn’t even have time to move all his belongings. “I’m still moving. Most of my stuff is in New York!”

When it comes to working with his castmates, Dominic recalled the scenes surrounding Neil Winter’s (Kristoff St. John) death. Despite having never met St. John, he said, “The energy in the room was palpable and if you’re open to it, it’s going to affect you. The cast made it easy for me, me who didn’t know anyone. They gave me everything I needed for that.”

As for working with Eric Braeden (Victor Newman) in particular, Dominic said, “He’s a cutup. I love working with him. He’s a character.”

Suni Lee: 5 Things To Know About US Gymnast Who Won Gold In Women’s All-Around At The Olympics

The Walking Dead Drops First Photo of Laila Robins as the New Governor — Plus, Latest Teaser Has Negan Spooked