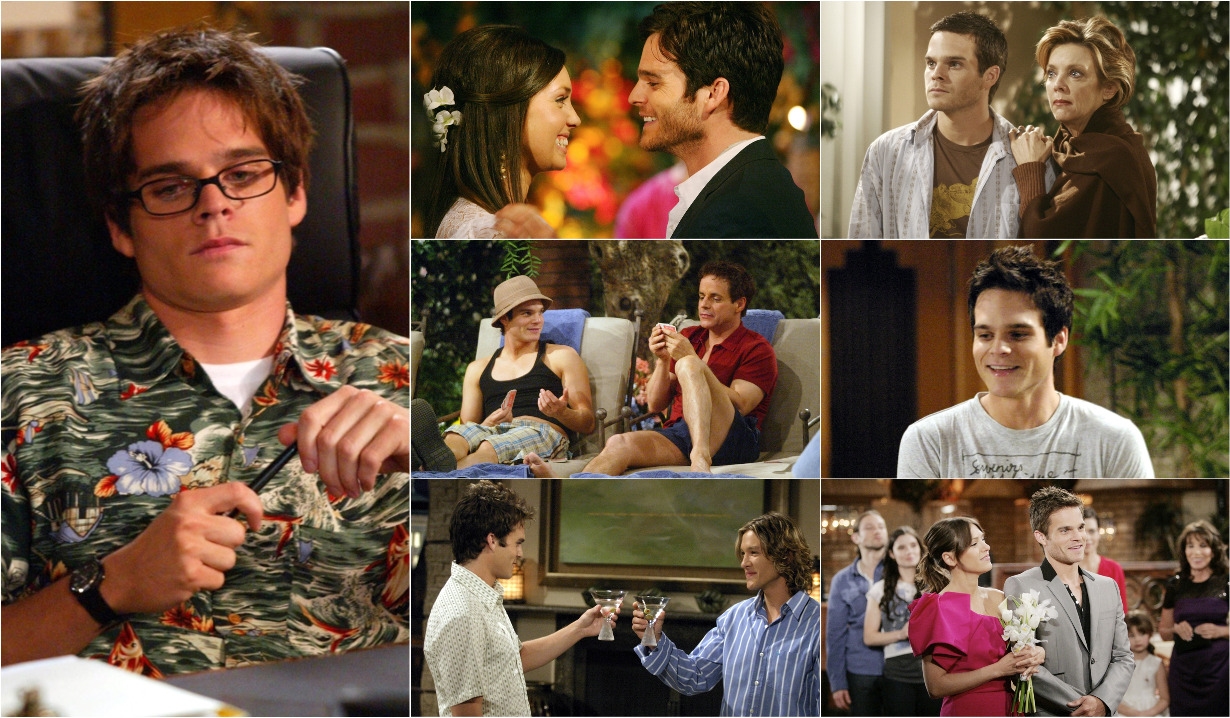 With actor Greg Rikaart back as Kevin Fisher on Young and Restless, it’s the perfect time to look back on highlights of the character’s history over the years that Soaps.com readers may not know, or may have forgotten. Also, watch a video of Rikaart providing commentary as he looks back on some of Kevin’s most memorable moments.

Fisher met Lily Winters in an online teen chat room. One of his dating profiles was ‘Fishin’ For Love’. He gave the underage Lily chlamydia but wasn’t charged with statutory rape due to lack of evidence.

Colleen Carlton and JT Hellstrom’s interference in his relationship with Lily angered Kevin to the point that he locked Colleen in the industrial refrigerator in Gina’s restaurant and set the place on fire. Colleen survived, and again, Kevin avoided charges due to a lack of evidence.

Kevin Fisher was revealed to be the half-brother of Michael Baldwin. They had different fathers – Michael’s was Lowell Baldwin, and Kevin’s was ‘Terrible’ Tom Fisher, who physically and emotionally abused him, and would lock him in the closet; it was the source of his many issues.

Kevin Fisher once went on a date with his now sister-in-law, Lauren Fenmore. She agreed to attend a Valentine’s Day dance with Kevin, but it was a set-up in hopes of getting him to confess to his misdeeds. She later helped bail him out of jail and he was released into Michael’s custody.

Kevin Fisher and Michael Baldwin’s mother, Gloria Fisher, came to town after Kevin showed up at her home in Detroit and relived the nightmare of being locked in the closet. Both Kevin and Gloria moved in with Michael. Gloria met and married John Abbott.

Mackenzie Browning convinced Kevin to get psychiatric help. They bought Crimson Lights together, and she later signed a power of attorney for Kevin to run the coffeehouse when she left for New Orleans.

Kevin Fisher hired Jana Hawkes to work at Crimson Lights and they fell in love, however, Jana tried to kill him. It was revealed she had a brain tumor, and after her recovery, they got back together and later married at Michael’s father’s ashram in Malibu dressed as hippies. They drove a 1969 Dodge Charger down the California coast on their honeymoon.

More: 20 Things to know about Young and Restless’ Chelsea Newman

Kevin Fisher teamed up with Amber Moore to help save Katherine Chancellor and they were captured by Clint Radison, who locked Kevin in a closet. Kevin, traumatized, began to believe Clint was Terrible Tom and was coerced into robbing banks in a chipmunk mask. Kevin ended up in a padded cell after the experience.

Kevin Fisher learned he had two half-siblings, Ryder and Daisy Callahan, who were the offspring of Terrible Tom and Lauren’s nemesis, Sheila Carter. After the duo held Jana captive at an abandoned amusement park, she suffered a brain aneurysm and woke up from surgery having lost her emotions. She became increasingly unhinged and ultimately died from another brain aneurysm while holding Kevin captive in an abandoned daycare.

Kevin Fisher once worked as a bag man for Gloria’s husband, Jeffrey Bardwell, who was laundering money and running a betting outfit from their restaurant, Gloworm.

Chloe Mitchell realized she was in love with her friend Kevin Fisher on New Year’s Eve 2010.

When Billy and Chloe’s daughter, Delia, was diagnosed with Leukemia, Kevin posed as the bone marrow donor (who was actually Billy) in a scheme devised by Victor Newman. Chloe was so grateful to Kevin for saving her daughter’s life she proposed. He accepted and later came clean about the deception.

Kevin Fisher was a no-show at his wedding to Chloe after getting caught up in a plot devised by New Jersey mobster, Angelo’s, daughter, Angelina, who wanted Kevin for herself. Kevin ended up married to Angelina, who realized her new husband was miserable and agreed to an annulment.

Kevin Fisher married Chloe Mitchell in a double ceremony with his mother, Gloria, and Jeffrey Bardwell at Gloworm. Michael was Kevin’s best man, Victoria acted as Matron of Honor for Chloe, and Katherine Chancellor officiated.

Kevin Fisher helped Phyllis Summers move the dead body of Dr. Tim Reid back to his apartment after he passed away in her home. They rolled the body up in a carpet, which Kevin later dumped. Ronan Malloy caught Kevin in the act, then participated in the cover-up.

Kevin Fisher once entered a business venture with Adam Newman called TagNGrab. Adam sold his share to Tucker McCall, who then bought out Kevin and Chloe. The situation left them financially strapped and the couple committed a string of thefts to make ends meet. Kevin sold Crimson Lights to Dylan McAvoy.

Kevin Fisher worked as the Genoa City Police Department’s IT specialist who sometimes bent the rules.

Kevin Fisher signed divorce papers at Michael’s urging after Chloe left town and was admitted into a facility in California following Delia’s death.

Kevin Fisher, Mariah Copeland and Nick Newman saved a group of children when fire broke out at the Newman Towers during a Halloween party. Kevin and Mariah also helped solve the murders of Austin Travers and Courtney Sloane. Kevin traveled to the Middle East to rescue Lauren’s son, Scotty Grainger.

Kevin’s relationship with Mariah Copeland was once romantic, but both agreed the sex wasn’t good and they decided to stay friends. Kevin also crushed on computer whiz, Natalie, before reuniting with Chloe and learning Bella was his daughter. They ultimately moved to Oregon, with Chloe using the name Helen Jones after faking her death.

In celebration of his return, @gregrikaart took a look back on some of Kevin Fisher’s most memorable moments. Tune in to #YR to see why Kevin’s back in Genoa City! pic.twitter.com/w5rzeKGHRk 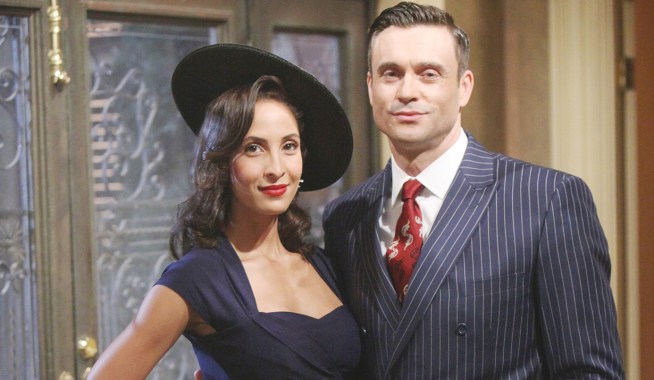 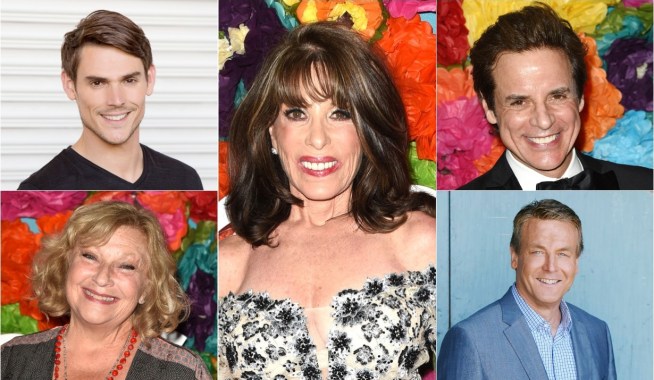