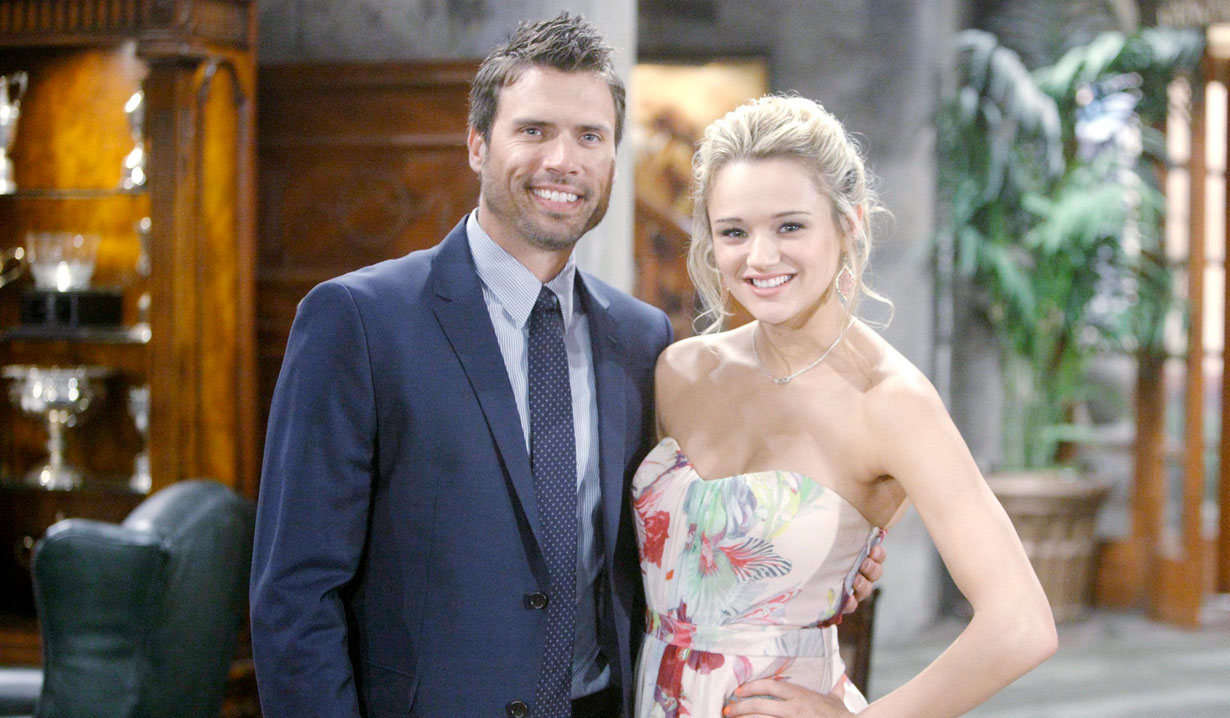 Young and the Restless actors discuss their special bond.

Soaps.com readers may recall that Hunter King took time away from The Young and the Restless to film Life in Pieces. However, she returned to the CBS soap opera in January as Summer Newman, daughter of Nick Newman (Joshua Morrow) and Phyllis Summers Newman (Michelle Stafford). The actors spoke with Soap Opera Digest about their on and offscreen relationship. Morrow admitted he was thrilled when King returned because, “Selfishly, it gives me something to play. Summer is so special to Nick because she came when life was so flippin’ scary for him. He and Phyllis had this magical baby who was somebody for him to protect and love. I love the relationship they have now because Summer can be a difficult young lady. Like I am with my own daughter, who can also be a bit of a handful, I can find both humor and comfort in that. My little girl can do no wrong in Daddy’s eyes and that’s how Nick looks at Summer.” He went on to say he’s, “Dreading the day when she says, ‘Well I’m going to be a giant movie star now and I’m leaving you all despite your love and affection for me.'” King chimed in, “I’m glad he has such high hopes for me.”

The duo’s affection for one another showed throughout the interview as they cracked jokes.  King was sick at the time and Morrow said, “I call her Outbreak monkey because she’s always getting sick, then passing it around on the set.” King refers to Morrow as, “The all-endearing shithead.” The two also have a game where they flick one another in the throat before their scenes. When King returned she attempted to surprise Morrow with a throat flick. Morrow recalled, “On her first day back, I didn’t know how she was coming in, like trying to jump out of the shadows like a ninja and get me, so I was ready. When she tried flicking me, I blocked her, like full Ralph Macchio style.” King felt as if no time had passed between them in her two years away. “I felt that we picked up where we left off. The fact that I tried to flick him in the throat was like no time had gone by. He did say, ‘It’s great to see you, but where’s your sister Joey?'” Morrow joked, “I like to make sure Hunter feels a distant second to her sister. Those King girls are a riot.”

When asked what she appreciated about Morrow, King said, “I love his spirit. He’s such an easygoing guy and he likes to make work fun. He doesn’t take himself too seriously and he always knows how to put a smile on people’s faces. There’s no one who can make the crew laugh like Josh does. He brings such a fun energy to the set. I can be having a down day and Josh knows how to turn that around. He’s the life of the party.” Morrow appreciates that King is, “A beautiful person, inside and out. Hunter is lighthearted and funny. She’s got a great sense of humor, even though she’s giving everybody Lyme disease, Ebola and the bird flu. She’s amazing. She’s got it together, she’s one of the good ones. I hope she stays forever because she can be the future of this show if it’s something she wants.”  When asked about their most memorable scene, Morrow said it was the scene where, “I had to tell you [Summer] that Jack was your dad, and you were just a showstopper that day. I went home and told my wife, ‘This girl will go as far as she wants.'”