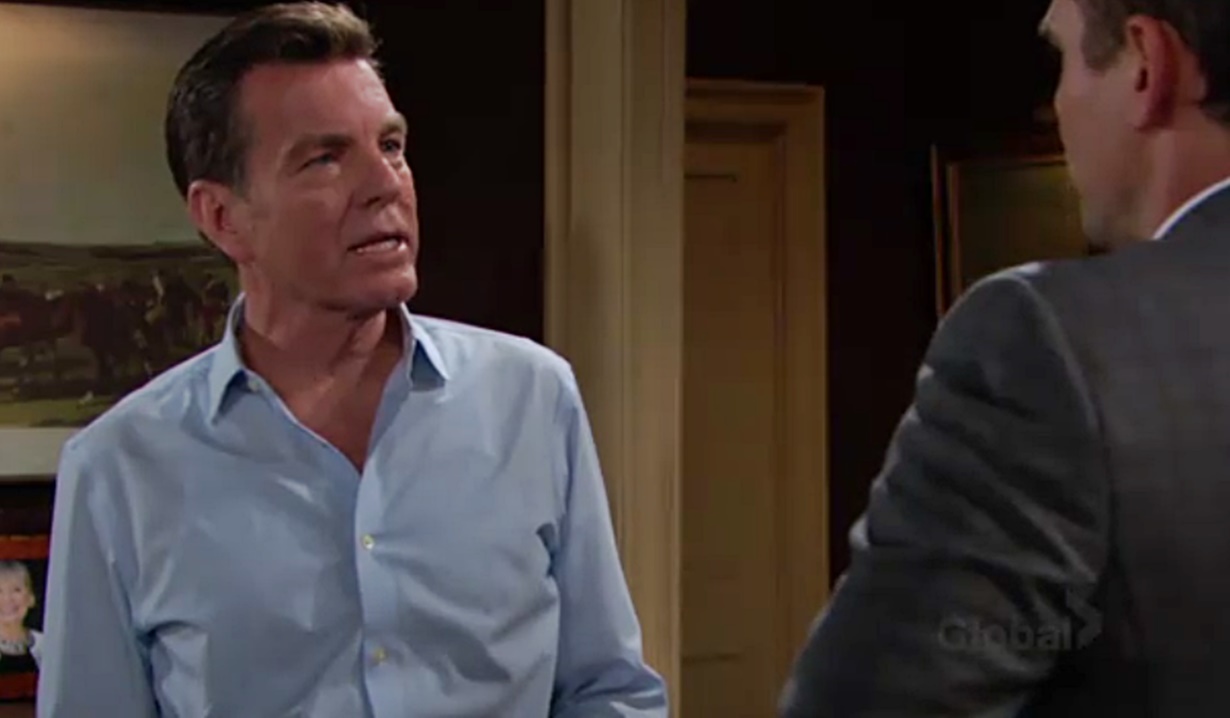 Staging a coup to bring Jabot back to the Abbott family.

Soaps.com’s Young and the Restless spoilers for the week of February 25 indicate that Jack and Billy will be coming for Phyllis at Jabot following the reveal that she struck a deal with the D.A. and trying to have her removed as CEO. With previews hinting that Phyllis will take a stand, it’s anyone’s guess if they will be successful. As Jack has said, “Never underestimate Phyllis.”

The coming week on Y&R will see Billy convincing Jack that Phyllis’ involvement in JT’s death isn’t a good look for Jabot Cosmetics regardless of the fact that she cut a deal with Christine and won’t be charged in the matter. Billy also thinks it would be a good idea to get Kerry on board, which might have to be handled with kid gloves by Jack, as Kerry has very firmly stood by Phyllis and Lauren in the past. If Jack is able to convince Kerry of the need to oust Phyllis, it would bolster their case for the Board of Directors given that if Kerry threatens to walk if Phyllis is unseated, the board would be less inclined to boot the boss.

Once Jack is persuaded, watch for him to attempt a coup by week’s end, but again, Phyllis will almost certainly anticipate this power move and will have a plan to counter it. She’ll stand her ground, but will it be enough? Lauren has supported Phyllis historically, but she’s a tough businesswoman, and if the Abbotts manage to convince her it’s in the best interest of the company for Phyllis to be removed, Phyllis won’t have much of a leg left to stand on.

What would happen if the Abbotts succeed? Would Jack step back in as CEO now that Ashley’s gone and with Billy’s gambling scandal still so fresh in the minds of the board? That seems the most likely scenario. What then would happen to Phyllis? Presumably she’d stay on at Fenmore’s, if not, she’s going to find herself both unemployed and homeless as spoilers have Nick ending their relationship and asking her to leave his house as well.

While it’s unclear whether or not Jack and Billy will be able to remove Phyllis from the CEO position at Jabot, it’s certain there will be new developments with the family as Traci Abbott will return to Y&R in the not-too-distant future as well. While we wait to find out what will happen with Phyllis and the Abbotts, visit Soaps.com’s Young and Restless spoilers to learn what’s coming up for other characters.