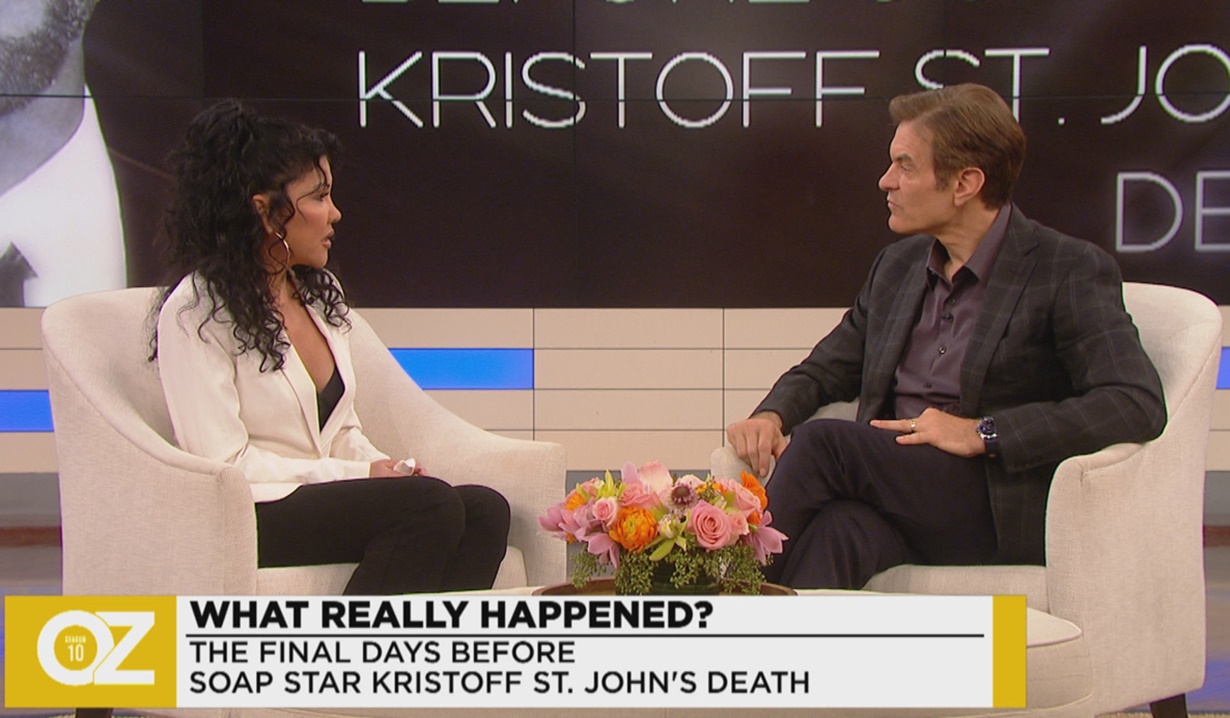 Soaps.com can share that Mia St. John will be appearing on The Dr. Oz Show on Friday February 22 to discuss her ex-husband, Y&R’s Kristoff St. John’s (Neil Winters), death and what really happened in the days leading up to it. St. John also talks about the mental health issues faced by both her late son and ex-husband as well as her own fight to stay sober.

In one segment, Mia St. John and Dr. Oz discussed Kristoff St. John’s insecurity off camera in which she elaborated on how neither of them really ever got over the death of their son, Julian, five years ago. In the ensuing exchange, Dr. Oz observed, “So let’s talk a little bit about Kristoff. He was charismatic, strong, self-confident. I could use so many adjectives, masculine adjectives and that confidence wasn’t there, I understand, off camera quite as much.” St. John replied, “No. Kristoff was, he always appeared to me and a lot of people to be probably the most confident person I’ve ever met. But, at home, personally, you know, with his family, he was actually very insecure.”

Discussing the St. Johns’ mental health issues, Mia St. John told Dr. Oz, “He [Julian] had schizophrenia and Kristoff had bipolar.” Oz established that their son committed suicide in a mental health facility and asks how her ex-husband dealt with it. St. John opened up and explained, “It was our biggest nightmare. And he never, ever could recover from the guilt. He felt guilty, he felt responsible. Even though the facility was found guilty of neglect and falsifying records. And I kept trying to tell him over and over again that it was not his fault.”

Finally, Dr. Oz addressed Mia St. John’s struggle to stay sober and the dangers of alcohol as he stated, “Alcohol can kill you, other things can as well. What do you think really happened to Kristoff?” St. John responded, “You know, I wanna believe that it was an alcohol accidental overdose.” When Oz asked the former boxer, “Have you been able to stay sober?” Sadly, she admitted, “You know, actually no, I lost my 30 years.” Oz assured her it was alright, after which the determined St. John rallied to say, “But you know what? I am not giving up. You know, so I start over again. I pick myself back up and I’m going to continue my path for better mental health in this country. I’m going to continue to fight for it. It’s my biggest fight now.”

The Dr. Oz Show airs on ABC at 9:00 AM EST. Check your local listings.