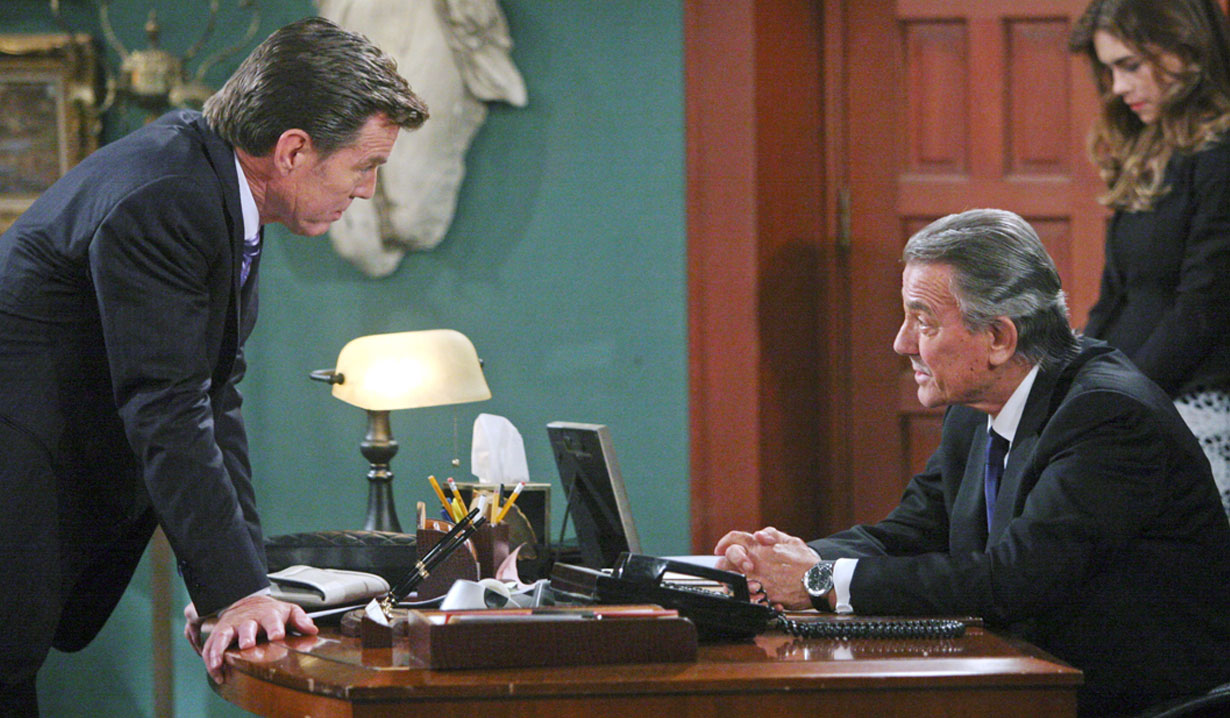 Missing iconic set from Young and the Restless explained.

Young and the Restless actor Eric Braeden shared a humorous video explaining to fans of the show about what happened to the office set of his character Victor Newman. In the video, which you can watch here on Soaps.com, Braeden spoke honestly about how YR’s former executive producer and head writer, Mal Young, attempted to diminish the role of Victor and bring him down, for which the actor refuses to forgive him. However, as Braeden puts it, “He’s gone, bye bye!” Hopefully viewers can expect to see the set return in the near future.