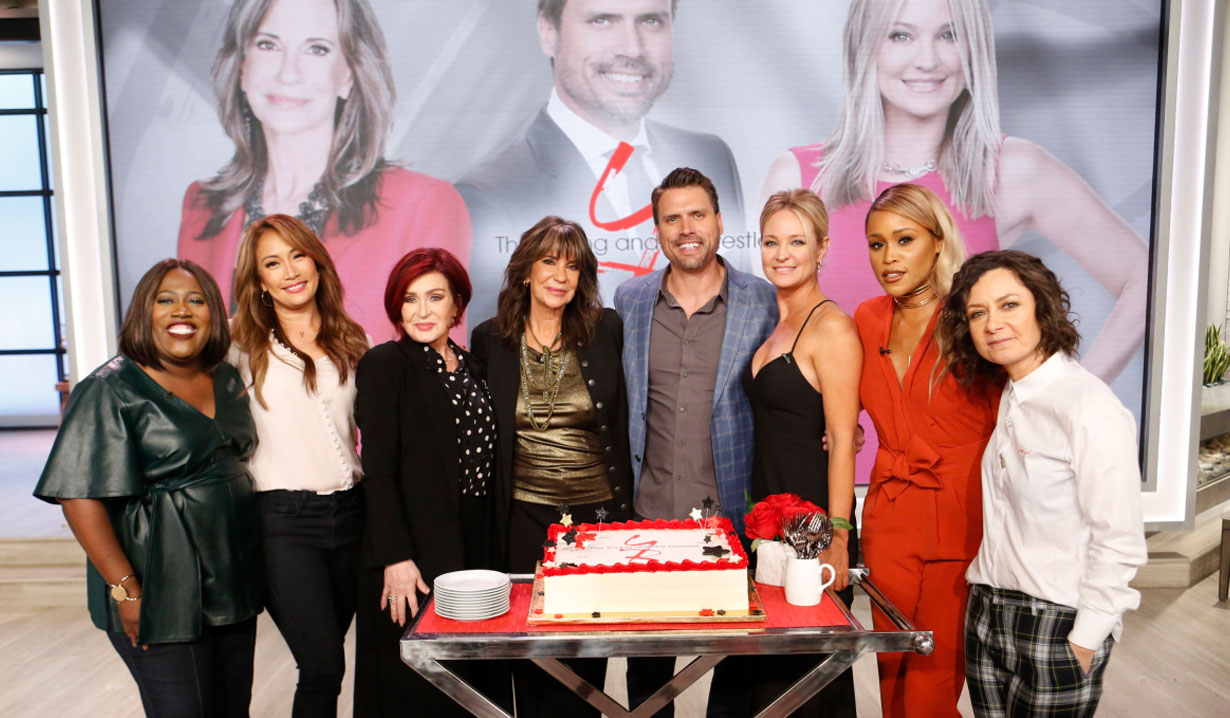 Young and the Restless stars Jess Walton (Jill Abbott), Joshua Morrow (Nick Newman) and Sharon Case (Sharon Newman) appeared on CBS’ The Talk to celebrate being the number one daytime drama for thirty years. If you missed the episode, which aired last Friday, you can watch the highlights here on Soaps.com. In the clips, Walton noted one thing that Y&R has consistently been good at doing, which has helped it stay at number one, is combining the separate plots so that when one plot hits a climax it affects several other stories. She also believes as good as the acting, the writing, and the sets are that the fans of the show have kept them at the number one spot. Walton feels the cast is like a family, and the viewers feel like they are a part of this television family, and at their core soap operas are about family.

Morrow and Case reminisced about being on the show for twenty-five years. Case recalled her screen-test with Morrow, who started a few months before she did. Morrow joked he got to kiss five different Sharons that day, but he knew Case was the one. They also discussed the Shick and Phick fandoms, Walton’s legendary fights with Katherine Chancellor (Jeanne Cooper), and the fact that Eric Braeden (Victor Newman) is actually a goofball on set. Case also commented on the major storyline playing out for her character, the murder of JT (Thad Luckinbill). She noted how a group of women, who don’t really like one another, have had to come together over this past year to keep the secret, but chinks are starting to appear in the armor they’ve put up.