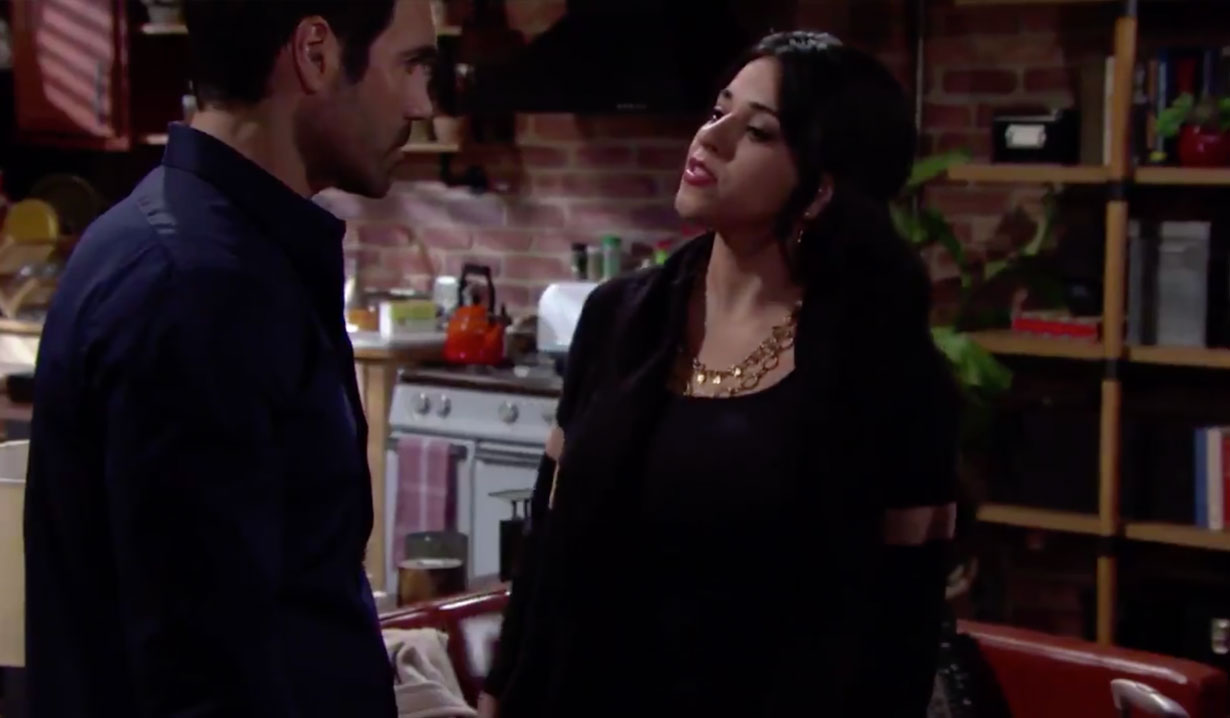 Billy comes up with a plan to make Phyllis and Nick jealous.

In the Young and the Restless spoiler preview for the week of November 12 – 16, Sharon learns Rey has brought Victoria in for questioning, Rey’s wife returns to town and confronts Sharon, Phyllis goads Billy with Nick, and Billy suggests to Sharon they give Nick and Phyllis something to look at. For more, read Soaps.com’s Monday Y&R recap, Nick and Phyllis become a power couple and peek at the Y&R spoilers to find out who Summer wants.

Next Week on #YR, Rey has questions for Victoria, @inoemigonzalez makes her Y&R debut, and Sharon and Billy put on a show at the Jaboutiques launch party! pic.twitter.com/7jugHi8uh0