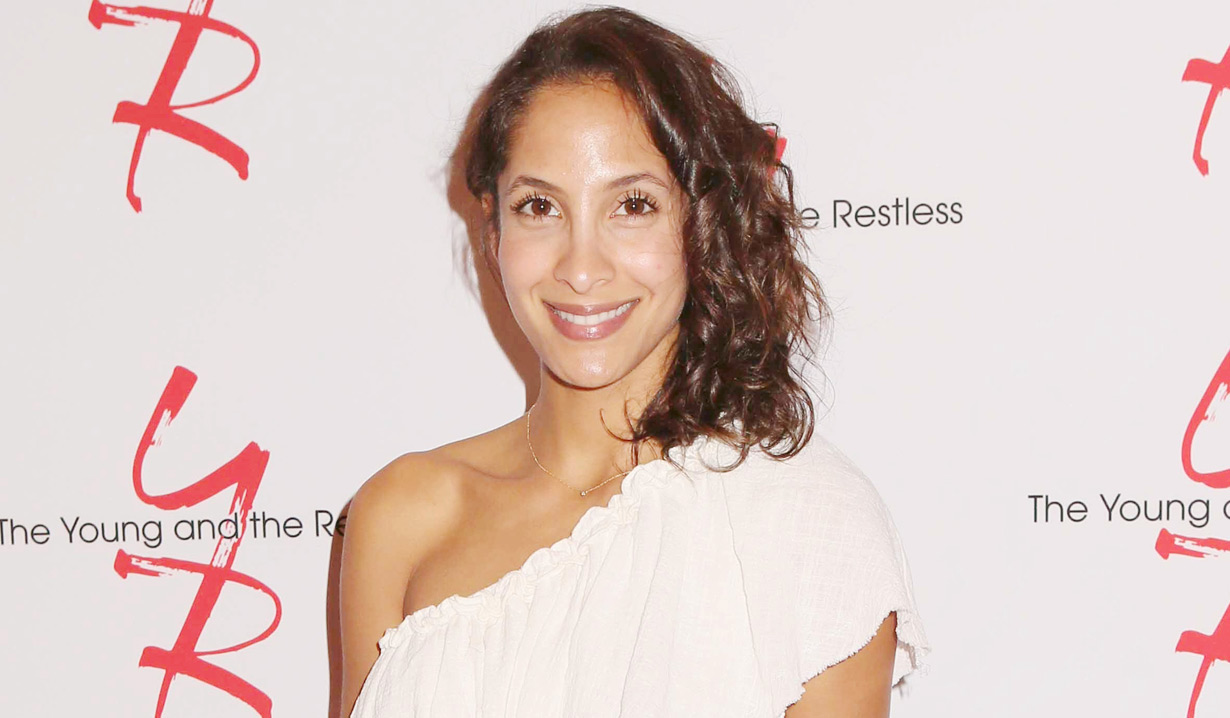 Y&R actress opens up about her character’s storyline.

Soaps.com readers and viewers of The Young and the Restless were shocked when Christel Khalil moved to recurring status on Y&R. When interviewed by Soap Opera Digest on their podcast about this decision, Khalil admitted she’d been thinking about the move for almost a year before asking to be dropped. “I’m dating someone in Toronto and I’m wanting to kind of expand career-wise and kind of be able to do other things. I want to have more time with my son. So, just a lot of things have been changing in my life over the years. I just figured recurring was kind of a best-case scenario where I get to kind of own my life again and have some more freedom to kind of live my life personally and professionally and then also be able to still kind of pop in [to Y&R] and say hi every once in a while.” The actress is content with her decision and the agreement she came to with the show. She also confirms the move was her choice. “No, I definitely was not pushed out. I had Sony and CBS really push for me to try and get me to sign another contract.”

With Lily now serving her 12-month stint in jail for Hilary’s accidental death, and that of her unborn child, Khalil acknowledges, “I have absolutely no idea how they’re gonna work this out, I really don’t. I would still love to come in every month, maybe two to four times a month. As long as I’m not working, I’m available to do that.” Impacting how that will work is the issue that head writer Mal Young tends to write the plots far in advance, and without the assurance Khalil will be available, it may be hard to work Lily into a story or scenes. When asked about her character’s involvement in the death of Hilary and her incarceration she admitted, “At first I was really hesitant about it, but it actually worked out really well. I’m happy with it. I’m happy I’ve gotten to play a different side.” Khalil was saddened by Morgan’s decision to leave Y&R as Hilary, and surprised to learn Lily was the cause of Hilary’s permanent exit. When it all started to play out she began to realize, “How involved it was going to be. It got really intense and I was like, ‘Oh, wow, this is crazy.’ But I loved it! It’s just something different, it’s fun, it’s challenging and it’s been great.” Having co-star Bryton James (Devon) acting out his character’s anger toward her was also different. “Bryton’s never been mad at me in 20 years, so to play that for both of us, we laugh about it and it’s fun.”

Of course, the future of Lane, or Lily and Cane, is now headed into uncharted territory. When asked about the popular couple Khalil did not think they’d take off the way they did. “I don’t think Daniel and I either anticipated that it would be what it’s become. We got together when I was 19 and he was I think, 35? It was a big age difference between us, so I didn’t really think anything of it.” With her character’s past relationships not amounting to much, she didn’t expect this one to last for 12 years. Khalil also opened up about missed opportunities in the show in working with others. Her character rarely was involved with anyone outside of her own family and Cane, and she would have liked to have seen Lily more involved in the business world of the soap with Victoria and Ashley. Khalil ended the interview by thanking the fans. “Just thank you for sticking with me through all these years of playing this amazing character. This isn’t fully good-bye, it’s more of an I’ll see you every now and then!”