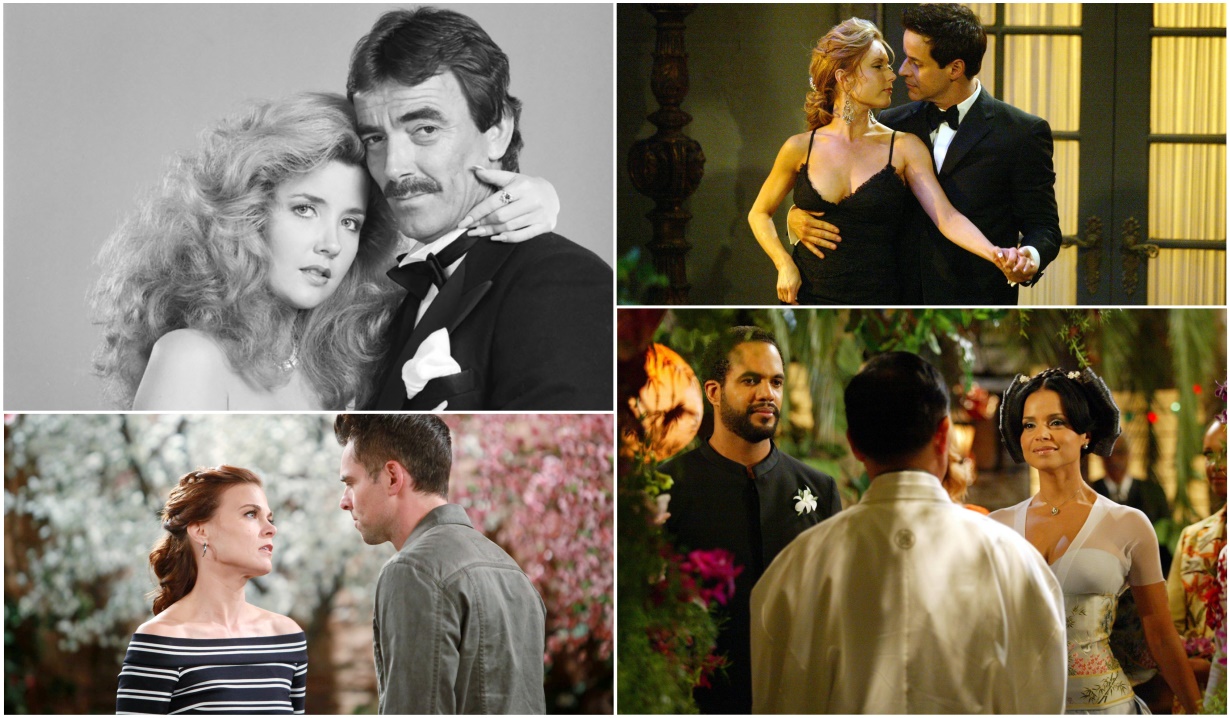 Test your knowledge on Y&R couples.

The Young and the Restless has a rich history when it comes to couples. As Soaps.com readers know, some of these romances have endured over decades, such as Victor and Nikki Newman, who always seem to end up back together regardless of what (or who!) tears them apart, or how many times they go their separate ways. Nikki and Victor’s son, Nick fell in love at a young age with Sharon Collins, and they too have split up and reunited repeatedly over the years.

Other couples that might have stood the test of time had their love stories cut short, sometimes by death (or presumed death). This was the case with Neil and Drucilla Winters, as she went over a cliff, never to be seen again, and with Chelsea and Adam Newman, after he perished in a cabin explosion.

Our recent Y&R recaps have featured the latest reunion of Sharon and Nick, along with the tragic death of Hilary Curtis Hamilton, the love of Devon Hamilton’s life.

There have been many romances that just had a certain magic, electric chemistry, or love story that made them unforgettable for Y&R fans, whether they featured years ago or more recently. Who could forget rock star Danny Romalotti’s love story with Christine ‘Cricket’ Blair, or troubled Kevin Fisher finding love against all odds with the quirky Brit, Jana? In fact, this soap opera boasts so many amazing pairings from star-crossed, to forbidden, to sexy, and super romantic, that we could only use a mere sampling for our couples trivia.