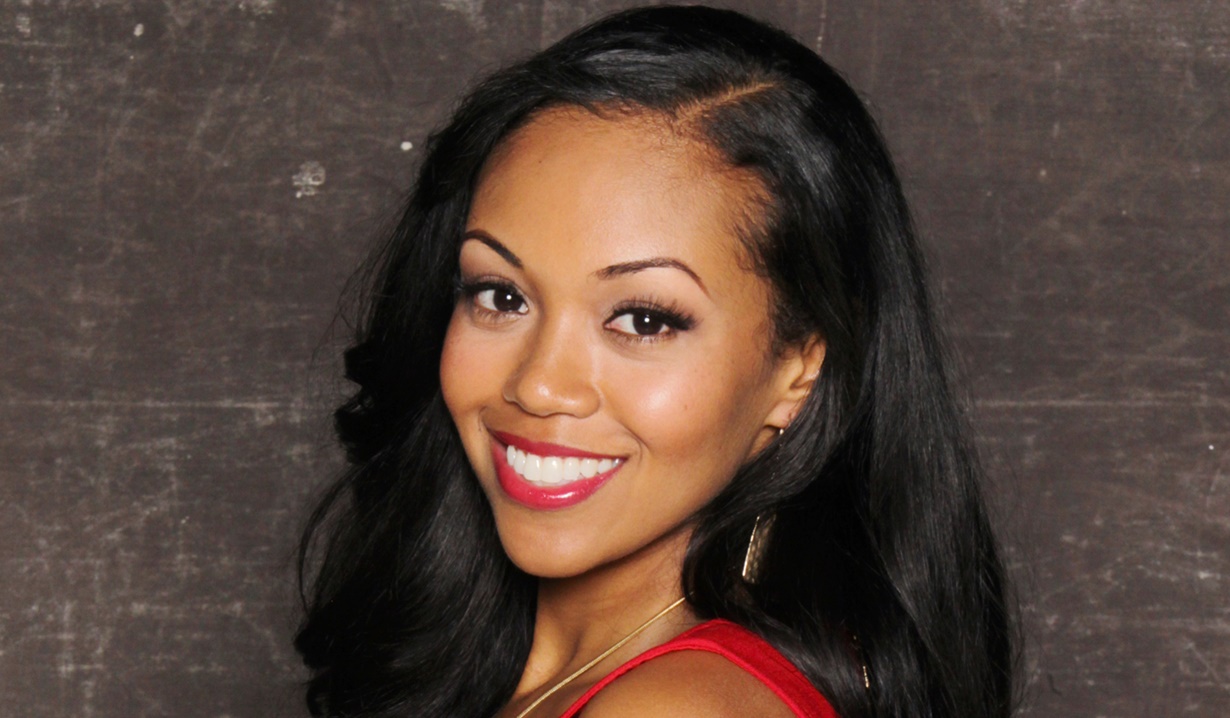 Young and the Restless actress’ best birthday ever.

Updated November 8: Soaps.com got word that Mishael Morgan has given birth to a beautiful baby girl that she and husband, Navid named Naliyah. The actress updated her Instagram page to inform fans, “My family got a little bigger this morning!!! It is with a full heart that I welcome my little bundle of joy to the world! We are all wrapped around your little finder already, Naliyah.” A photo of the family and little brother Niam is posted below.

On July 7, Soaps.com readers were informed that that The Young and the Restless’ Mishael Morgan (Hilary Curtis) is adding to her little family. The actress and her husband, Navid Ali, made an official pregnancy announcement along with a gender reveal at Morgan’s birthday party, celebrated on Sunday July 15. In the post shared on social media, she enthused, “Best birthday present ever! My official reveal that, YES I am pregnant! And guess what… it’s a girl!!!” The cute clip showed Morgan helping her young son untie a huge bag of balloons, and a lot of cheering when the bag opened and the balloons emerging proved to be pink. Morgan gave birth to her first child, Niam, on August 9 2015, so her happy family will now include both a boy and a girl.

This thrilling news comes at a bittersweet time, as the actress recently left her role of Hilary on The Young and the Restless. What began as an upsetting rumor Morgan may be leaving Y&R, later proved to be true, with confirmation coming from the actress herself, and Morgan’s manager explaining the departure by detailing how contract talks broke down with CBS and Sony. As fans of the actress and her character, who she’s played since May 2013, rooted for a last minute decision by Y&R to keep her on, even renting a plane to fly over CBS studios to demonstrate their devotion, it was not to be. Her fans’ hopes were dashed as Morgan shared a farewell photo as she was leaving after taping her last day on set.

Based on the timing of her last day on set, Morgan’s final scenes as Y&R’s Hilary will likely be airing next week. There has been no confirmation on whether the character will be killed off or recast as of yet.

Soaps.com wishes Mishael Morgan all the best with her pregnancy and her future endeavors.

Best birthday present ever! My official reveal that, YES I am pregnant! And guess what… it’s a girl!!! ??? #itsagirl #pregnant #overthemoonhappy #birthdaysurprises pic.twitter.com/fxg3gNA9EF

My family got a little bigger this morning!!! It is with a full heart that I welcome my little bundle of joy to the world! We are all wrapped around your little finder already, Naliyah ??? #mybabygirl #family #homebirth #rightontime #myheartisfull #myheartismelting❤ #thelovesofmylife