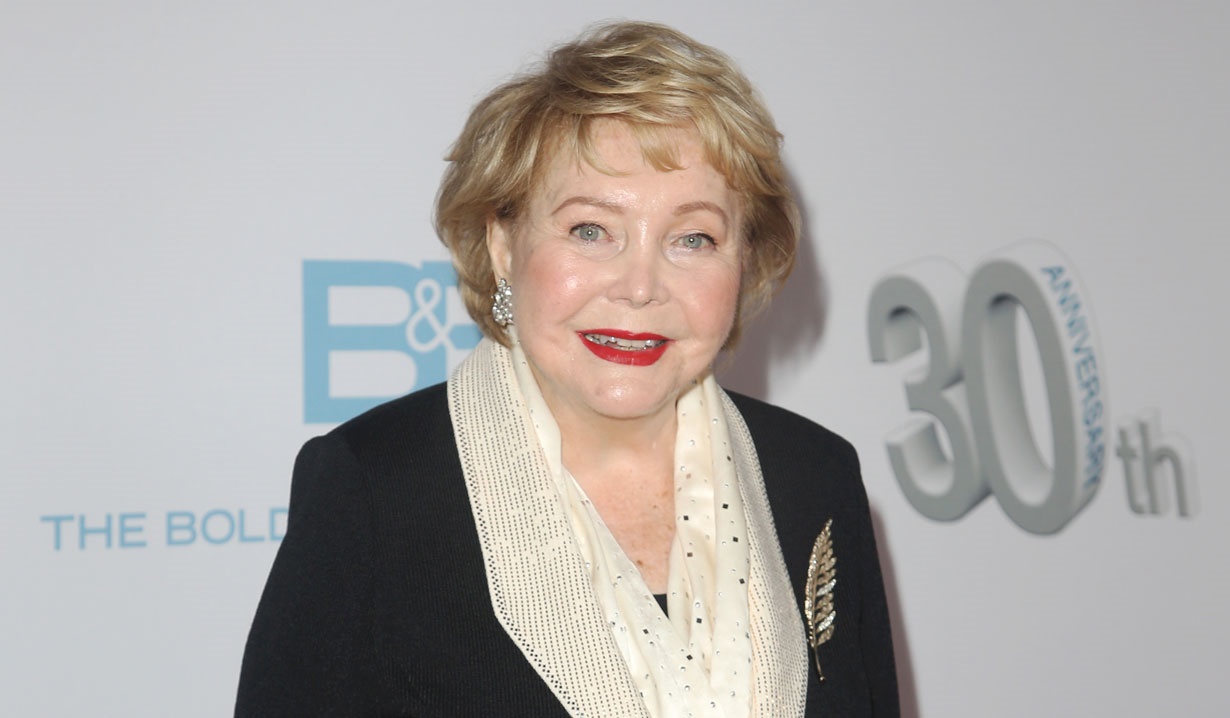 Soaps.com wishes a very happy 90th birthday to the co-creator of The Bold and the Beautiful and The Young and the Restless, Lee Phillip Bell. Bell celebrated the milestone on Sunday June 10, and well-wishes abound on social media, with Bell’s daughter, Y&R actress Lauralee Bell (Christine Williams) sharing posts on Twitter about the party. B&B’s communications representative Eva Basler paid tribute to her mentor and said, “She paved the way for woman in TV & journalism. W/o her grace, wisdom & fortitude, many of us would not be where we are. She & her husband also created #YR & #BoldandBeautiful. Happy 90th Birthday to a phenomenal woman, & my friend & mentor, Lee Phillip Bell @CBSDaytime #WBBMTV” CBS Chicago also marked Bell’s birthday and noted she was a former CBS 2 Chicago anchor who hosted and produced her own show for over 30 years.

Born Loreley June Phillip (named after a French flower) in Chicago on June 10, 1928, Phillip went on to receive a degree in microbiology from Northwestern University before taking on a position at the local television station, WBBM-TV Chicago, a connection made through the family florist shop. She eventually was given her own talk show, The Lee Phillip Show, which ran from 1952 to 1986 and received 16 Emmy awards. She also worked in children’s programming and radio. During the time of her talk show, Phillip met Bill Bell, who was an advertising agent, and they were married in 1954. Bell began writing for soap operas, and his wife later joined him. Together they created The Young and the Restless in 1973 followed by The Bold and the Beautiful in 1986. Lee Phillip Bell served as executive producer for B&B in the eighties, and today her title is Director of Special Projects/Long-Term Story Consultant. She has also popped up for Y&R cameos on occasion.

Notably, Phillip Bell was the first woman to receive the Governor’s Award from the Chicago chapter of the National Academy of Television Arts & Sciences back in 1977, and in 2007 she was awarded a Daytime Emmy for Lifetime Achievement for her contributions to daytime television.

Phillip and Bell have three children, William J. Bell, Lauralee Bell, and Bradley Bell, and all three, as well as William and Bradley’s spouses, Maria Arena Bell and Colleen Bradley Bell, have been involved with their soap operas over the years. Currently, Brad Bell acts as head writer and executive producer of B&B, while Lauralee Bell recurs on Y&R. Though Bill Bell passed away in 2005, Lee Phillip Bell later served as co-writer with Michael Maloney on a book about his life, The Young and the Restless Life of William J Bell.

Smiling because it's Friday & because this weekend we'll be celebrating my mom's 90th bday. An incredible milestone for an incredible woman & MOM! #yr45 #lovemymom @CBSDaytime @YandR_CBS @YRInsider @LesFDAfrance pic.twitter.com/cKfJBVp3x9

She paved the way for woman in TV & journalism. W/o her grace, wisdom & fortitude, many of us would not be where we are. She & her husband also created #YR & #BoldandBeautiful. Happy 90th Birthday to a phenomenal woman, & my friend & mentor, Lee Phillip Bell @CBSDaytime #WBBMTV pic.twitter.com/YwbCEjKts3

#yr Happy Birthday to Lee Phillip Bell today ?#proud to be a part of this legendary show . ⁦@LauraleeB4real⁩ pic.twitter.com/9JNymNKPma

All Rise Cast Reacts to Cancellation