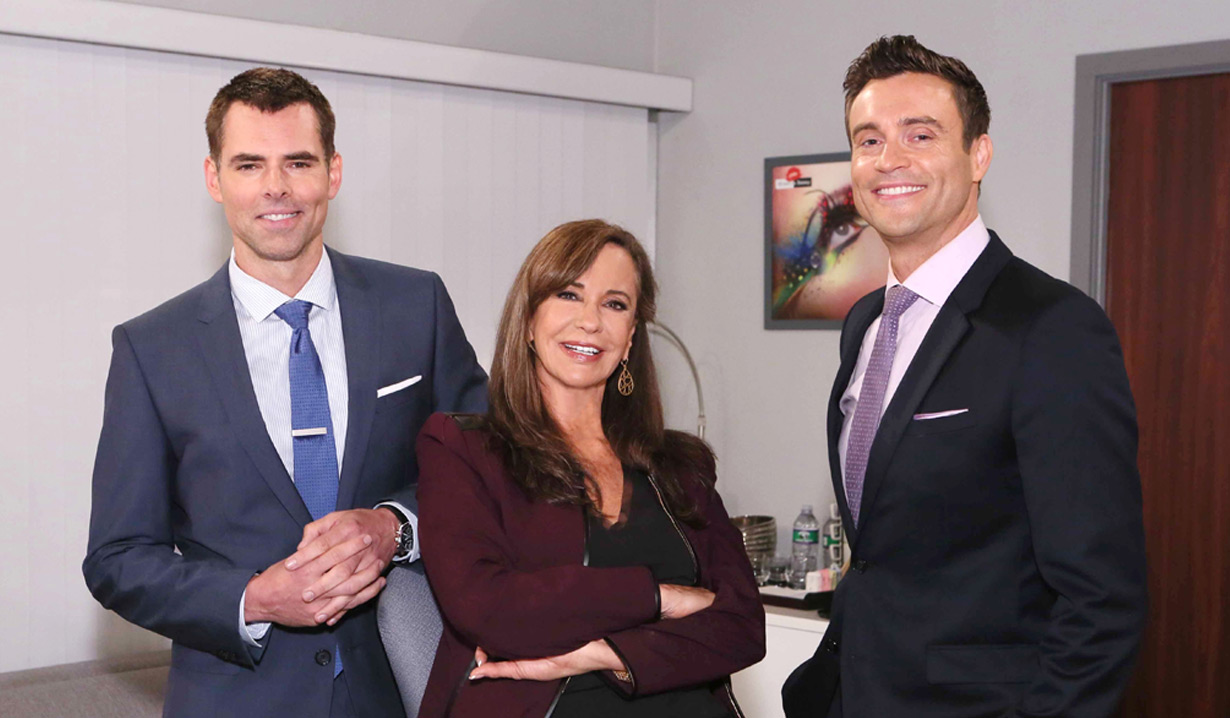 Young and the Restless’ Jess Walton (Jill Abbott), Jason Thompson (Billy Abbott) and Daniel Goddard (Cane Ashby) talked with Soap Opera Digest about their family chemistry and friendships. Goddard revealed that the first time he actually met Walton, and also the late Jeanne Cooper (Katherine Chancellor), was on camera. Of course Cooper, “Didn’t know why I was avoiding her, so she thought I was an upstart and rude because I hadn’t introduced myself to her yet.” He explained after that he wanted their first meeting to be on camera because that way it would be more authentic. Of his on-screen mother, Goddard recalled of their first meeting that Walton was wearing the same perfume his own mother wears and he thought, “Oh, my God, you smell like my mother.” Thompson also feels a connection to Walton, stating, “When I say ‘Mom’ in a scene, it feels real to me. There’s a lot of things we can say about Jess, but she just makes it all feel easy.”

Goddard now occupies Cooper’s dressing room, where the three sometimes meet to run lines. Goddard notes that when Walton comes in, “She gets all nostalgic… And then Jason comes in and he goes, ‘Oh, my God, Jessie are you nostalgic again?'” Walton says in her defense, “I spent 27 years in that dressing room with a lot of history! There was a lot of cigarette smoke back in those days.” Goddard recalled that Eric Braeden (Victor Newman) even suggested he “Change this furniture. They sat here and smoked. It’s [cigarette carcinogenic particles] in the furniture!”

When asked if she ever gets maternal with her on-screen sons, Walton said, “No, I don’t really. We’re all on the same level. Then Daniel goes on and on about something and I just want to whack him.” Goddard and Thompson both spoke about what they’ve learned from working with Walton. With so much from wardrobe to make-up going on before a scene, Thompson notes that, “Jess will be all over the place just before the scene starts, and then there’s this moment where it happens and she’s just right there with you and it doesn’t matter what it is.” Goddard agrees, and that he’s learned from her, “To be honest in your scenes and never rush your scenes. Jess is a very honest and giving actress.”