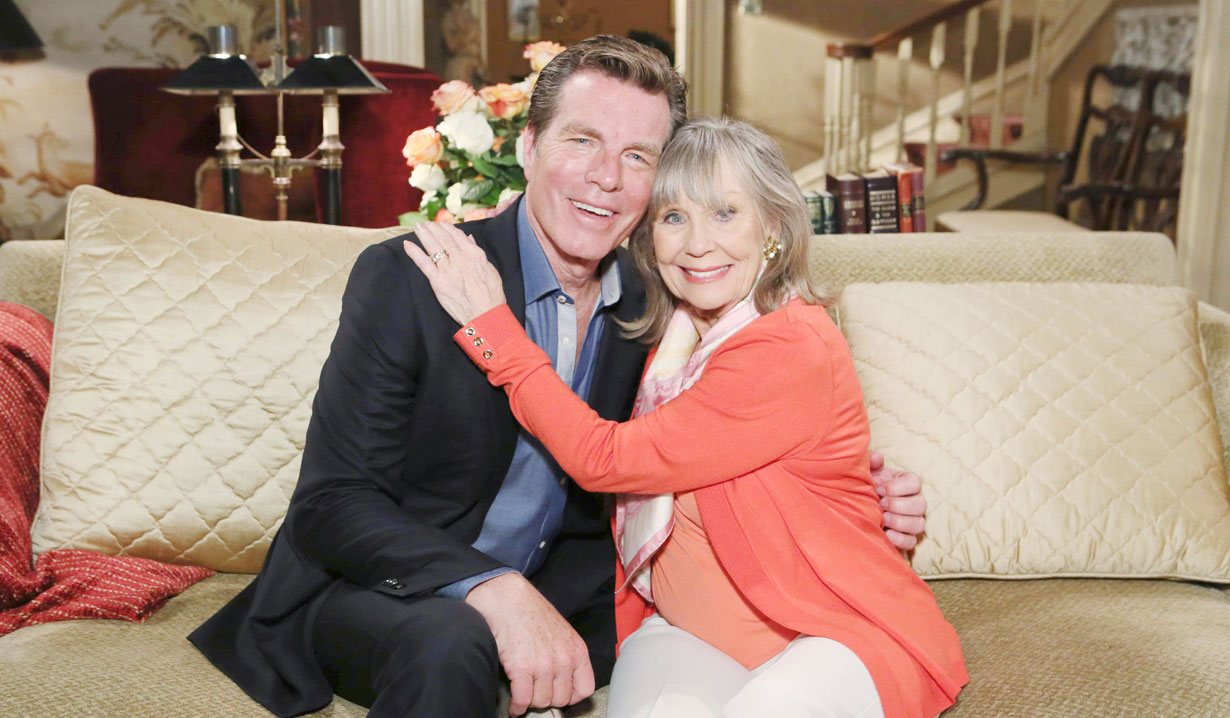 No longer the prodigal Abbott son.

Soaps.com readers were stunned to learned The Young and the Restless’ Jack Abbott was not the son of John Abbott after DNA tests confirmed this. The truth was revealed during a movie screening honoring Jack’s ailing mother Dina (Marla Adams) who is suffering from Alzheimer’s. Footage that was believed to have been destroyed in which Dina admitted to an affair and that Jack was not John Abbot’s son was secretly put into the film, shocking all in attendance. Actor Peter Bergman spoke with TVLine about the scandalous turn of events. On no longer being an Abbott, Bergman noted it would be hard for his character because, “Jack identifies as being John Abbott’s son. Jack’s name is John Abbott. For years after John died, Jack had conversations with him [John’s ghost] all the time about what he’d do in a given situation. He was Jack’s best friend, the man who taught him how to be a man. He was all of that. So, needless to say, Jack is thunderstruck!” Thanks to Jack installing a blood-only clause which prevents anyone but a blood Abbott from being CEO of Jabot, his younger brother Billy (Jason Thompson) has recently taken over. Jack used the same clause to oust his sister Ashley (Eileen Davison) from the position, and now he’s faced with the same issue. The siblings recently began to make amends, with Jack even telling her that she was every bit John’s daughter as he was John’s son. Now the shoe is on the other foot. Bergman notes, “He can say that to Ashley and believe it, but his situation just seems different. She wasn’t walking around trying to be John Abbott.” Jack’s mother Dina has regularly taken to referring to her son by her ex-husband’s name and his own birth name, John. Bergman says this may be a symptom of her disease. “I can tell you our writers have researched this. They have talked to experts. It might be a really informed choice. So maybe this is not an uncommon thing.” However there could be another reason, and perhaps a twist is coming and there is more to it. “Hopefully, the audience is saying, ‘Wait, there’s a wrinkle here.’ Wrinkles are great.” Then there is his son Kyle, now being played by, Michael Mealor, who has been in cahoots with Victor Newman (Eric Braeden) and at odds with Jack since his return. Both have been suspected of revealing Jack’s secret, and it’s strained Jack’s relationship with his son. “Jack’s been trying to wedge Kyle into the Abbott family and, suddenly, that doesn’t have the same value. Kyle has felt disconnected from his family his whole life. Maybe they’re not that different?”

As for what is next for Jack. Berman says Jack is now asking himself, “Why am I trying to be such a good guy?” Bergman doesn’t know where the story is going, but he feels Jack going to some dark places would be interesting. Currently he’s spiraling out of control, given that Jack crashed his car after drinking and driving. “Jack’s had to take some of his own medicine. It’s been a very good thing. Who is Jack without all this stuff?”