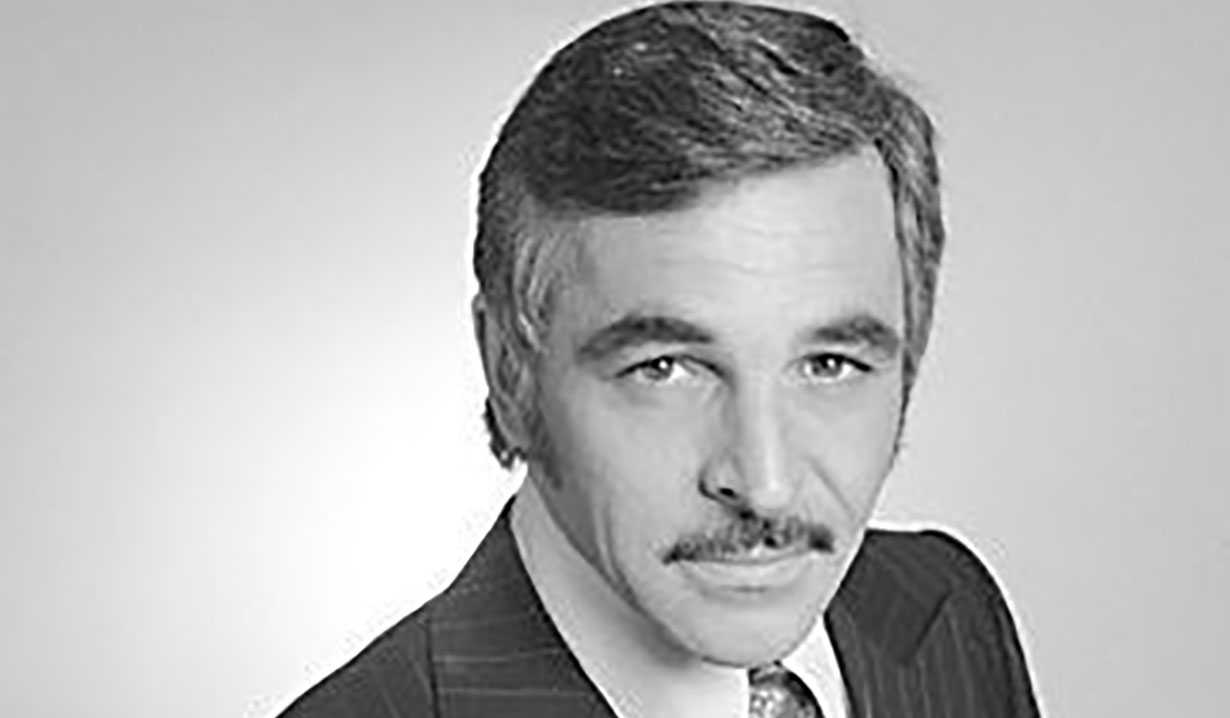 Soaps.com has learned that “The Young and the Restless” alum, Donnelly Rhodes, who played the role of Katherine Chancellor’s husband, Phillip Chancellor II, from 1974 to 1975 and later voiced the character in flashbacks in two episodes in 1998, passed away at age 80 of cancer on January 8, 2018 in Maple Ridge, British Columbia, Canada. Phillip was the founder of Chancellor Industries, and the catalyst for the rivalry between Katherine and Jill Foster. In a notable dramatic scene prior to his death in a car accident in 1975, Phillip told Katherine their marriage was over.

Born on December 4, 1937 in Winnipeg, Manitoba, Rhodes joined the Royal Canadian Air Force as an airman-mechanic. He then studied acting at the Manitoba Theatre Centre, graduating in the first class of the National Theatre School of Canada in 1963. Finally, his first debut on stage was as Stanley Kowalski in “A Streetcar Named Desire,” which he played at Stratford Theatre, in Stratford Ontario. The actor found more success in USA, working at Universal Pictures and throughout his career, the actor was recognized with numerous honors, including a 2002 Gemini Award for his role of Detective Leo Shannon in “Da Vinci’s Inquest,” a Gemini Earle Grey Award for Lifetime Achievement in 2006, and a star on Granville Street’s Star Walk in Vancouver, courtesy of the B.C. Entertainment Hall of Fame.

Rhodes got his start in notable television series such as “Maverick,” “Bonanza,” and “Mister Ed,” and went on to appear in dozens of well-known movies and TV shows including, “Ironside,” “Butch Cassidy and the Sundance Kid,” “Mission: Impossible,” “Hill Street Blues,” “Double Trouble,” “Danger Bay,” “The Heights,” “Street Legal,” “Murder, She Wrote,” and more recently, “Da Vinci’s Inquest,” “Battlestar Galactica,” “Supernatural,” and “The Flash.” Rhodes also played convict Dutch Leitner on the soap opera parody series, Soap from 1978 through 1981.

The actor, husband and father is survived by his wife Sarah, and two children. Soaps.com extends condolences to his loved ones.

Saddened to hear of Donnelly Rhodes passing. Loved working with him on BSG. A lovely man who made a terrific Doc Cottle. RIP.

From Bonanza to Soap to Hill Street Blues to The X Files to Butch Cassidy and the Sundance Kid #DonnellyRhodes was a gentleman actor that played them all. It was a pleasure to work with him in this life. pic.twitter.com/TznJ4NrVDc