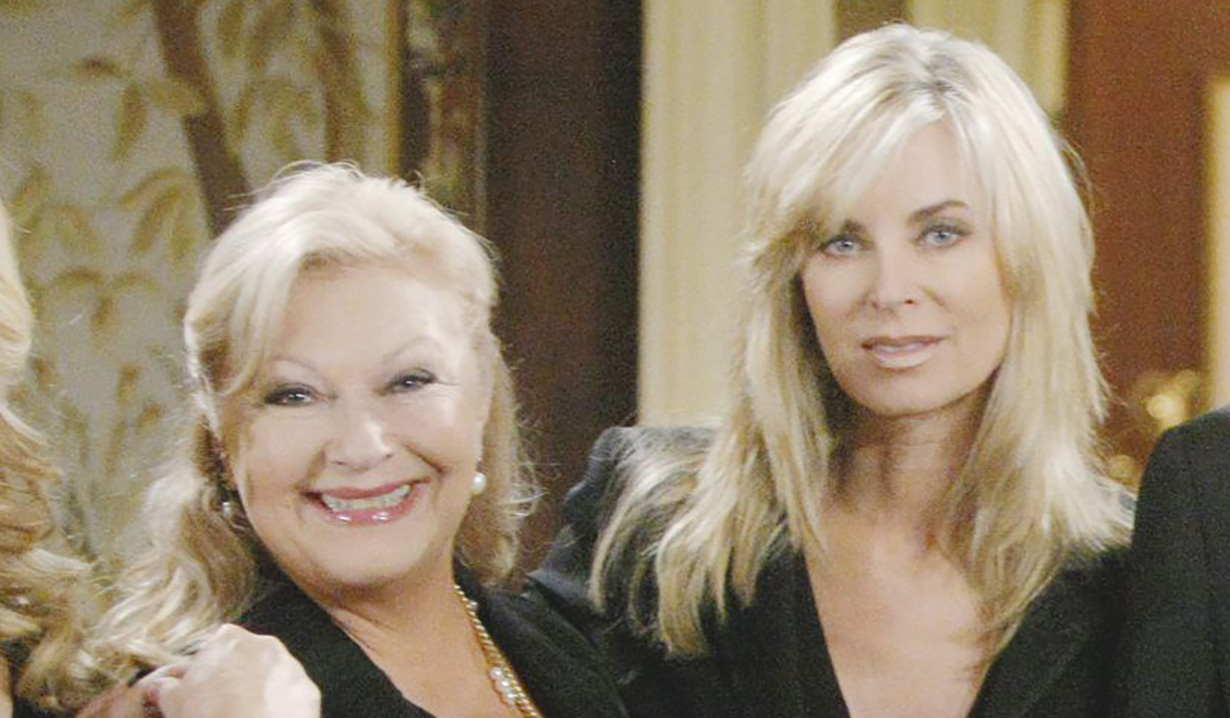 Y&R family on and off screen.

Eileen Davidson (Ashley Abbott) and Beth Maitland (Traci Abbott) recently got together to answer fan questions on The Young and the Restless’ Facebook page. Soaps.com is happy to share the 15-minute video, where they talk past, present and future “Y&R.”

During their chat, the women who have been portraying “The Young and the Restless” sisters on and off for roughly 30 years, came off just as close as the women they portray, noting their “natural rapport.” They reminisced about the family vibe on set when they first started and how they would hang out together after work with Jerry Douglas (John Abbott) and Terry Lester (who played Jack Abbott before Peter Bergman). They apparently all sang and played the piano, with the exception of one of the Abbott sisters, who claimed to not be very talented.

When the women were asked about working with Marla Adams (Dina Abbott Mergeron) they both gushed about how wonderful it was to have her back on set. Davidson claimed it’s been amazing because “it’s brought back so much history,” while Maitland shared that she is like a mother to all of them. However, it appears Adams has a favorite “daughter,” off set anyway, with whom she drinks vodka.

They also talked about their home lives, what advice they’d give their characters (can you guess which one needs to “go to therapy”), who has an easier time regrouping after an emotional scene and what it is like working with Bergman, whom they called a “terrific” and “active” actor.

Near the end, Maitland admitted, “Coming back to Genoa City…is literally like me coming home. I do not feel complete unless I’m here.” And although Davidson recalled a long-ago wedding being one of her favorite show memories, she’s excited about what’s happening now, because their storylines are opening a new chapter for the Abbott family.

What are some of your favorite Abbott memories? Watch the video of Davidson and Maitland and tell us below!