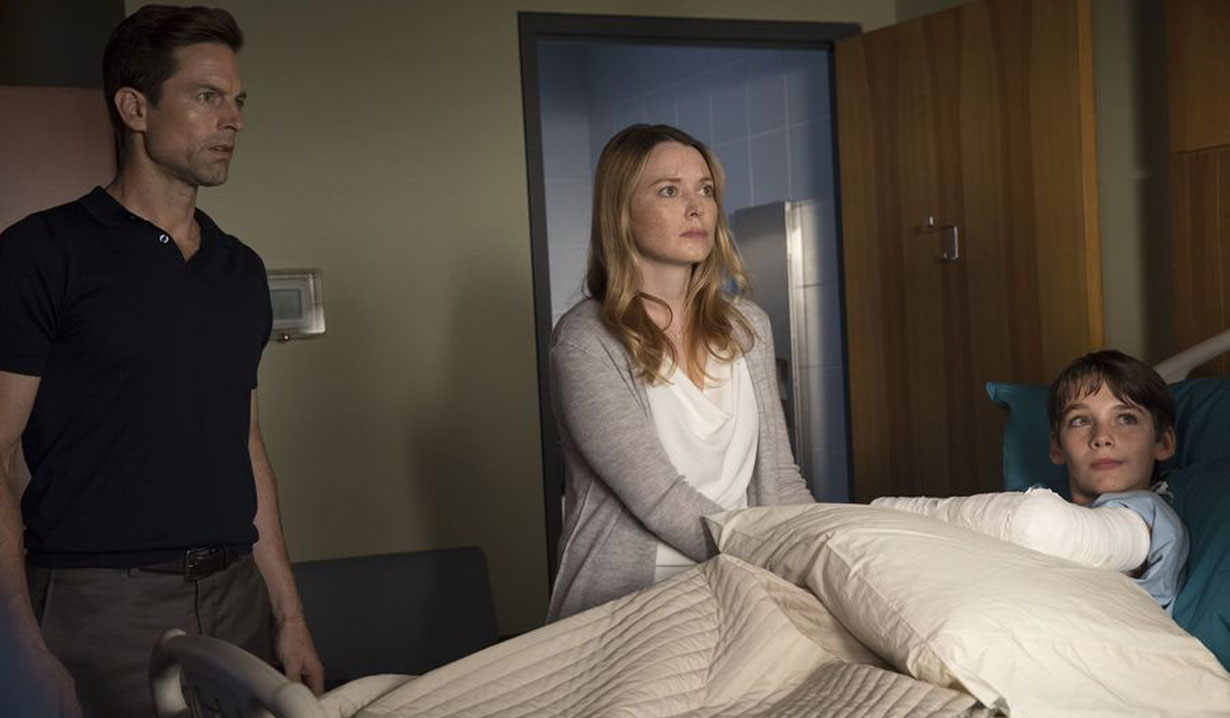 Updated October 17: Soaps.com has a posted a video promo (below) for Michael Muhney’s “The Good Doctor” episode titled “Point Three Percent.” ABC released episode details via a press release… “While in the exam area of St. Bonaventure Hospital, Dr. Shaun Murphy encounters a young patient who looks eerily similar to his deceased brother, Steve. After discovering his parents have hidden his diagnosis from him, Shaun struggles to understand why he doesn’t deserve to hear the truth about his own health. Meanwhile, the team can’t figure out what keeps triggering their patients’ increasingly severe allergic reactions and races to find the cause before the next one kills another patient.” Look for Muhney to play the boy’s father.

On October 9 we learned that Michael Muhney’s episode of “The Good Doctor” would air on Monday October 23 at 10:00 PM. The actor tweeted the news and urged fans to set their DVRs as not to miss his primetime appearance. “Set your DVR! Two weeks from today (October 23rd) I’ll be arriving in the @GoodDoctorABC universe!!!”

As reported on August 25, Michael Muhney, who played “The Young and the Restless’” controversial Adam Newman from 2009 – 2014, had been taping on the set of ABC’s upcoming new television series, “The Good Doctor.” The actor tweeted about spending some of his free time cycling in Vancouver, British Columbia in Canada while on location for filming. Muhney’s episode and character information has not been released, however the pilot episode of the new series is set to air on ABC on September 25.

“The Good Doctor” surrounds the story of a young surgeon with Autism and Savant Syndrome, who is brought in to work in the pediatric surgical unit of a prestigious hospital, and the question of whether or not a person who cannot relate to other people can still save their lives. The series stars Freddie Highmore (“Charlie and the Chocolate Factory”) as the young surgeon, Dr. Shaun Murphy, as well as “The West Wing’s” Richard Schiff as Dr. Aaron Glassman, and Hill Harper (“CSI:NY”) as Dr. Horace Andrews. Graham Verchere (“Fargo”) will play the ‘young Shaun’ in the series.

Earlier this year, Muhney addressed rumors about his departure from Y&R and talked about the possibility of a return. Since his exit from Genoa City, Muhney appeared in Correcting Christmas, “Search Engines” and “The Track,” which he also took to Twitter to promote as it just become available on Amazon. The actor plays the part of a pimp in the film, which was an award winner at the Las Vegas Film Festival.

Set your DVR! Two weeks from today (October 23rd) I’ll be arriving in the @GoodDoctorABC universe!!! ??

Mega-overwhelmed by all the people here in Vancouver showing me love. Folks even shoutin at me on my bike, “Look! It’s Adam Newman!” ?

Gotta pimp out this film where I play a pimp – available on Amazon now! https://t.co/MS1w8H0AUn pic.twitter.com/DrVYtFdVct