Best Y&R Snooze Worthy vs. Pass the Popcorn Moments of 2016 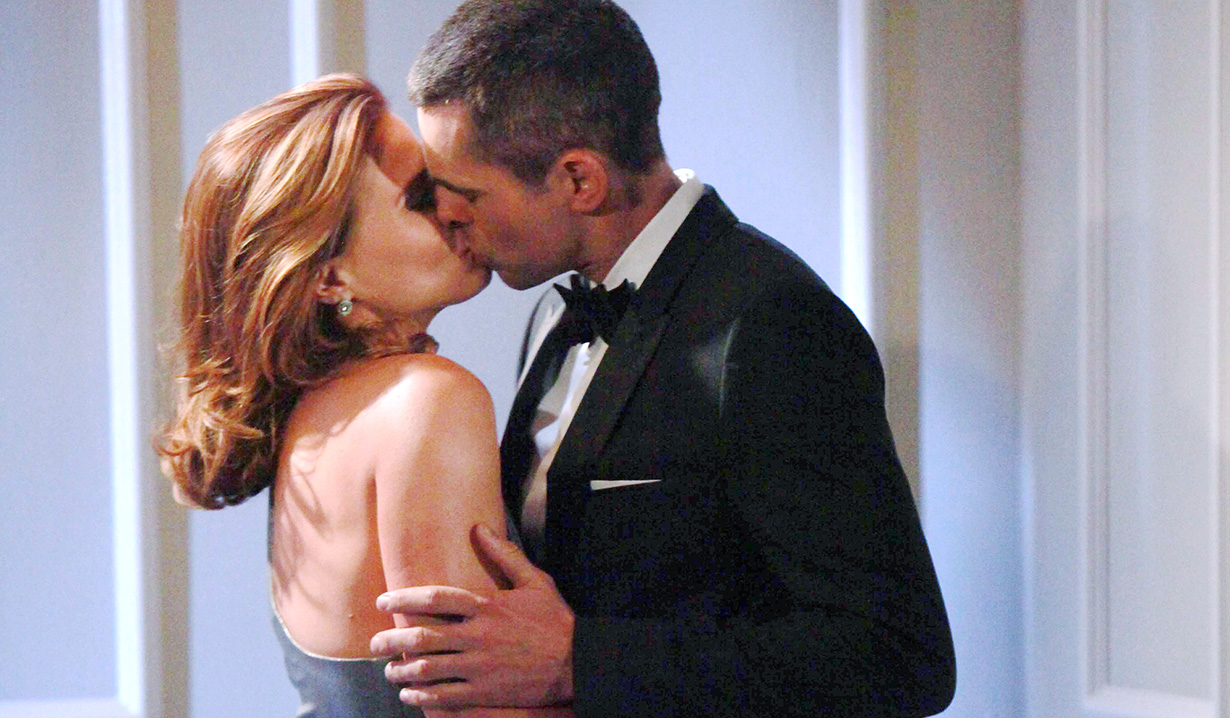 As we move into a new year filled with new soapy plots, Soaps.com is reflecting back on the “Y&R” storylines and characters that either got us talking or put us soundly to sleep in 2016.

Is it over yet? Most snooze inducing moments Stitch and Abby’s entire relationship:
Ignoring the sizzling chemistry between Ben ‘Stitch’ Rayburn and Ashley Abbott, the writers instead went for the dull, sleepy pairing of Stitch and Ash’s daughter, Abby. When Stitch’s wacky son Max arrived, viewers perked up, mainly because he actually went through with his devilish daydream of tripping Abby up, causing a tumble down the stairs that led to her miscarriage. For a while, this created an interesting dynamic between the two, until Max developed a convenient brain tumor and Abby forgave Max seemingly overnight. Months of endless analysis on the state of their marriage followed, finally leading to a drawn out divorce, and viewers emerged from their slumber. The Sully/Christian baby switch:
It began promisingly enough, with the revelation that Dr. Sandy Anderson was actually Sandra Allen, the woman paralyzed by a freak accident in Nick Newman’s pool decades ago. But then this storyline descended into plot driven madness with Sharon and others believing she was pregnant, despite none of her family ever seeing her once during her ‘pregnancy’ and Sharon somehow not sensing she was without child. But the ultimate was Sharon, fresh off another paternity switch scheme involving Nick, deciding to hide the truth about Christian being alive from Nick and allowing him to believe his ‘son’ was dead. Cue endless rounds of Sharon’s crazy wide-eyes and repetitive dialogue about the ‘secret’. The dumbing down of Jack Abbott:
2016 will forever be known as the year Jack Abbott spent most of it not interested in pursuing revenge against arch rival Victor Newman. Implanting Marco, his devious doppelgänger around town to take Jack’s life and Phyllis as his own, shockingly only made Jack have an epiphany about the pointlessness of revenge against Victor. “Y&R” was built on the Victor-Jack rivalry, so having Jack act so uncharacteristically lost viewer interest. Phyllis and Billy’s hot affair:
From their first partnership in the name of taking down Victor, to their fist sizzling kiss, Phyllis Abbott and Billy Abbott’s passion and ‘love in the afternoon’ had viewers transfixed. Of all the couples to hook up, nobody would have picked Phyllis and Billy. It was a cruel thing to do to the devoted Jack who loved Phyllis more than anyone, but Phyllis’ surprising chemistry with Billy won over some viewers, despite the betrayal to Jack. It made the fallout deliciously transfixing. The buzz this pair generated lasted the whole year! The Newmans send the Mustache to jail:
The Newmans turning Victor Newman in for his shady business dealings was a ‘pass the popcorn’ shocker. Viewers have seen many enemies try and bring Victor down, but for it to happen at the hands of his family – those he does everything in the name of – was an unexpected twist. As he was handed his lengthy sentence, viewers couldn’t believe Victor was finally getting his day in court – even if the sentence didn’t last. Adding Pattycakes to the baby switch plot:
Throwing Patty Williams into this repetitive drivel of a plot added the thrill viewers needed to sit up and take an interest again. Having Patty be the only one to discover that Dr. Anderson had feigned Sharon’s pregnancy and had stolen Christian and given him to Sharon was an exciting twist. Patty stabbing Dr. Anderson to death left viewers reeling. The antics didn’t end there… Patty then placed eerie hang-up calls to Sharon and painted the entire baby switch plot on a canvas.

What were some snooze inducing or popcorn moments for you this year? Tell us in the comments below!