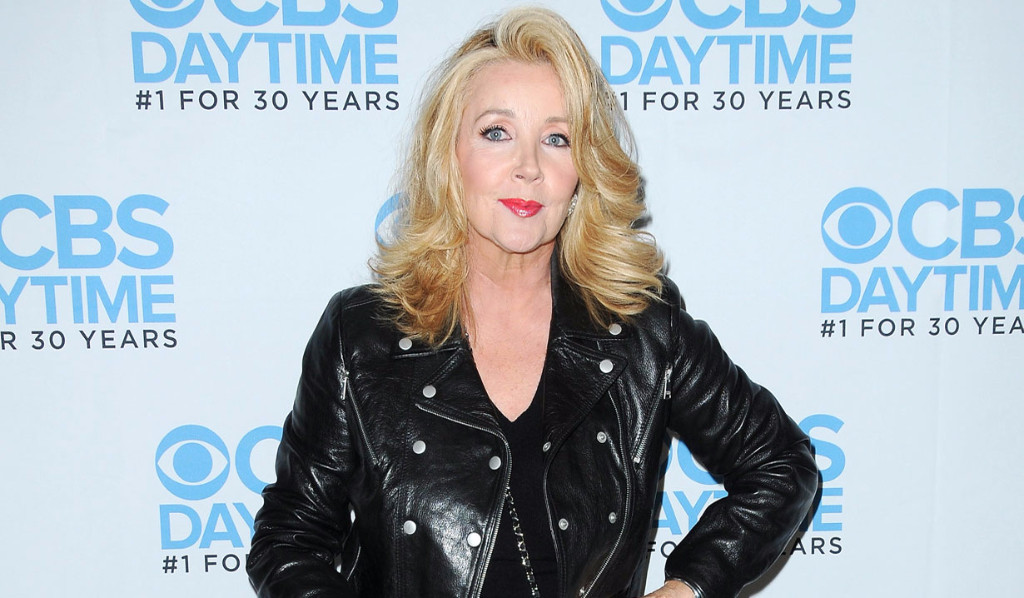 Highlights from the Y&R panel include most embarrassing moments, gossip about some behind the scenes storylines that never made it to tape, and more.

The Paley Center for Media in Los Angeles continued with its final panel for CBS Daytime #1 for 30 years celebration by honoring “The Young and the Restless.” Soaps.com was there for last week’s panel for The Bold and the Beautiful, which produced talk of love triangles, legacy characters and social issues. We returned to cover this week’s “Y&R” event. The early 30-minute shows didn’t focus on current families like the Abbotts and the Newmans; the original families were the Brooks and the Abbotts. The cast and audience laughed through a script that dared to include the line, “I feel so restless,” while timely topics like abortion were addressed in the debut show.

None of these revelations surprised executive producer Mal Young though because he felt that the writing was true to co-creators William J. and Lee Phillip Bell’s work.

“It’s 43 years later and you find the DNA of what “Y&R” is now in that script,” he said. “That’s why it’s still around today, it’s still relevant.”

Melody Thomas Scott (Nikki Newman), who has been on the show since 1979, reminisced about the shooting style of that era. She was there for the shift from a 30-minute to a 60-minute format.

“My first year was a half-an-hour script and we would shoot it as if it was live. They timed it to the second and when it was time to cut to commercial, we would stand in place like mannequins and wait for one or two minutes,” explained Scott. “We very rarely did something over — something bad had to happen, like a wall would have to fall over for us to re-do something.”

Kristoff St. John (Neil Winters) addressed some of the changes he’s seen in the CBS show since he joined the cast in 1991.

With all of the changes the show has experienced in 2016, fans and the cast are grateful that head writer Sally Sussman is back onboard.

“The feel of the show has never changed because of Bill and Lee’s vision. I have the pleasure of working with [writer] Kay Alden, who joined the show six months after its first run and we both have returned after 10 years of being away,” Sussman said. “We hope to keep up the spirit of what Bill and Lee created because that’s what we grew up with. It feels like we have a great opportunity.”

That’s when Eric Braeden (Victor Newman) chimed in, “I have to say we all breathed a sigh of relief when Sally Sussman and Kay Alden came back.”

The panel continued with the cast talking about the random actors who appeared on “Y&R” and some of their more embarrassing moments on the show. Here are some of the highlights from the panel.

How Peter Bergman got the job.

Viewers have Melody Thomas Scott to thank for bringing Peter Bergman into the “Y&R” fold. In 1989, Terry Lester quit the role of Jack Abbott in a huff over his amount of screen time and the quality of the show.

“I was a huge fan of his on “All My Children” and when we lost Terry Lester, the original Jack, I could see Jack Abbott in this man [Bergman],” she explained. “We were in Toronto having dinner and I had just read that they fired him and he was available, I said, ‘You have to get Peter Bergman.’ He really didn’t look anything like Terry Lester nor did he play it like Terry Lester, but I could see that there was a great Jack in there.

“It’s absolutely true, she’s in a large part responsible for me getting my job,” said Bergman.

Moderator and Entertainment Weekly writer Lynette Rice pulled out a list of random actors who have appeared on the show over the years. Stars like Dennis Haysbert, Bronson Pinchot, Brett Butler and Jenna Dewan Tatum were mentioned and some of the cast took time to remember their time on set.

Eric Braeden recalled working with George Kennedy, who played his father on the show.

“He came onto this show and had a lot of dialogue and never faltered once,” Braeden shared. “Our medium is frightening for most actors. He committed to memory and delivered in one take. I will never forget that.”

Before Anthony Geary was Luke Spencer on “General Hospital,” he did a short stint on “Y&R” in 1973 as George Curtis.

“He was the rapist, who raped Chris Brooks in a very scary scene,” said Sussman. “And then he went on to “General Hospital.” He was very scary in the part, but a wonderful actor.” Kristoff St. John told a mortifying story about questioning the boss. It’s something he never did it again.

“Scott Reeves, who played Ryan, and Heather Tom, who played Victoria, and I had just received the script where Bill was introducing the name Brash and Sassy,” he said. “So we are sitting in the dressing room laughing hysterically about this name. Then Scott says, ‘We should change that.’ How do you do that? You call Bill! I’m the sucker who called Bill.”

“I got on the phone and I said, ‘Bill, Brash and Sassy is a very interesting name, but we’re laughing about it.’”

“Bill said, ‘”We wanted to call it ‘Restless,” but we couldn’t get the rights for it.’”

“I said, ‘Wow,’ and I remember his response like it was yesterday.”

“He responded with, ‘Why don’t you stick to the acting and I’ll take care of the writing.’”

Peter Bergman regrets one scene in his time on “Y&R” and it’s one that’s hard to forget.

“I had a scene when I was about to marry Nikki and it was a bachelor-party thing with a stripper involved. I just felt so out of my element and Jack was supposed to be reveling in this. I had to commit,” he laughed. “I jumped on my chair and stole the boa and started dancing to the music. It was not in the script and they just let it go on forever.”

The storyline that wasn’t.

Did you know that Nikki Newman almost took a very different path in life? Melody Thomas Scott talked about a storyline that was nixed on the show.

“I was called up to John Convoy’s office,” she said. “I thought I was being fired. He very seriously said, ‘Melody, Bill is thinking about making your character a mud wrestler. Would you be alright with that?’ I was just so relieved that I wasn’t being fired, I said, ‘Oh, sure!’”

“At that time it was very popular on Sunset [Boulevard in West Hollywood] and I was going to all of the clubs doing research,” she laughed. “Then the CBS censors heard about that plan and pulled the plug on it.”