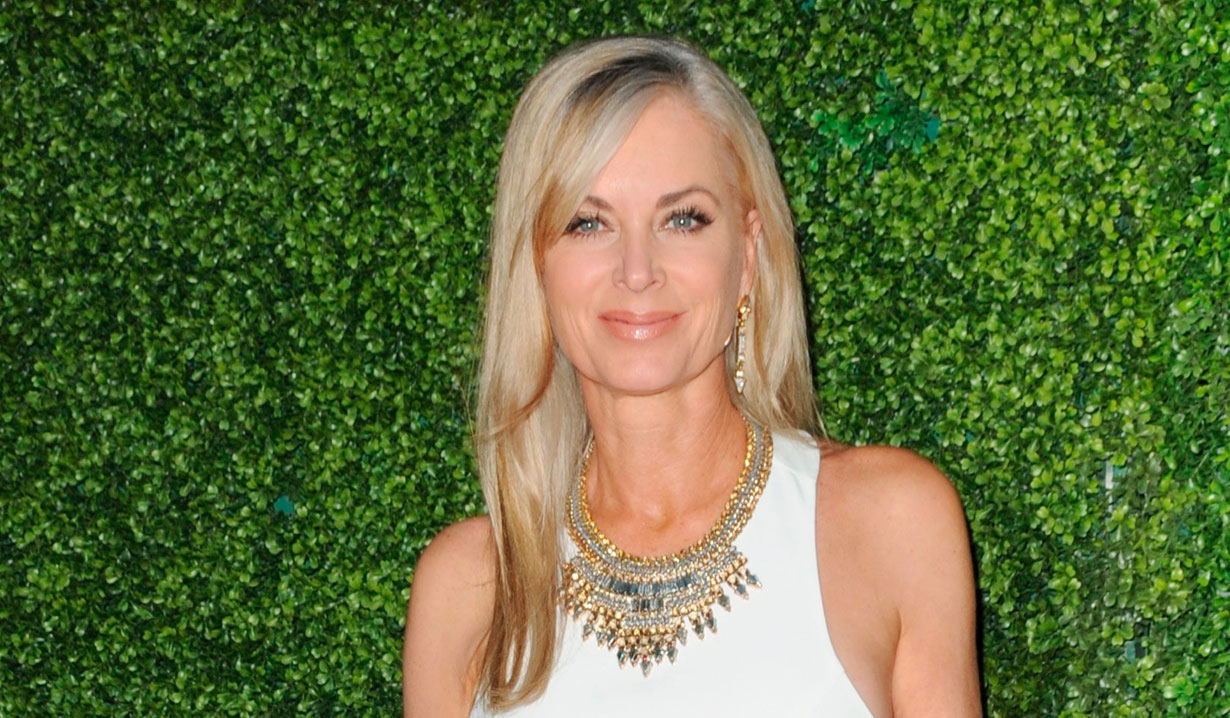 No more drama for Davidson on the Bravo hit show.

Updated on July 10: Soaps.com has learned that Eileen Davidson will not be returning to Bravo’s “The Real Housewives of Beverly Hills” for season eight. The actress confirmed to E! News, “After a lot of careful thought, I’ve decided because of my crazy schedules at ‘The Young and the Restless,’ as well as ‘Days of our Lives,’ it’s best for me and my family if I step away from being a Housewife for now. But you never know, I might be popping in from time to time just to see what the ladies are up to! Thanks for your love and support guys!!!”

The actress continues to play Ashley on “Y&R,” began taping on June 5 for her latest upcoming “Days” return and Davidson is working on a new movie based on her novel Dial Emmy for Murder.

On November 1, 2016 it was reported that Season 7 would premiere on Tuesday December 19 at 9:00 PM on Bravo. Eileen Davidson tweeted about her return of the drama to come…

I'm back for another wild ride, people!https://t.co/JTSWq1TEuq

On August 15, 2016 “The Young and the Restless'” Eileen Davidson (Ashley Abbot, ex-Kristen DiMera on “Days of our Lives”) confirmed to Michael Fairman that she was returning for season 7 of “The Real Housewives of Beverly Hills.

Davidson told Fairman, “This will be my third season coming up on RHOBH, and I would never, ever in a million years, seen myself on a reality show, either. However, I have to say it has opened up some things for me. The books I wrote are now being made into movies, and I am going to star in them, and I just had another interesting meeting the other day about something I’m working on. I am pretty excited about all of that.” She went on to talk about what fans can expect this season: “But I decided if I am going to be doing it, then I am really going to do it. So, I am opening my life up even more, and even being more real. If I am going to be in a reality show, then I want it to be the real me that is shown, and not a façade. And if I am going to do it and appear on it, then I think I can help people, and lead through example. As people know, I have lost a lot of people in my life, and I will be exploring that, and grief, and taking it to a different level.”

Season 7 is already the subject of many online rumors. Original cast member Yolanda Hadid Foster has already announced she is not returning for the new season. During season 6, former “Days of our Lives” actress Lisa Rinna accused Yolanda of not having Lyme’s Disease, but instead suggested Munchausen.

Rinna and Davidson joined RHOBH during its fifth season, during which Rinna clashed with previous cast members Brandi Glanville and Kim Richards. Rinna played Billie Reed on “Days” and her husband Harry Hamlin (“LA Law”) and Davidson’s husband Vincent Van Patten (Christian Page, “Y&R”) have both made appearances on the show.

Other cast members returning include Erica Girardi, Kyle Richards and Lisa Vanderpump. Rinna and Davidson were spotted at Girardi’s disco themed birthday party back in July, fueling speculation that Rinna is also back for the new season.

Soaps.com will keep you updated with season 7’s premiere date on Bravo this fall.