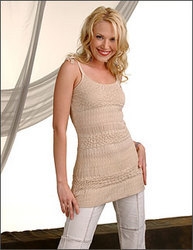 Some fans have wondered if The Young and the Restless star Adrienne Frantz (Amber) was really singing during her appearance at Neil’s club Indigo. Well, I’m here to tell you that she was! Aside from being a wonderful actress, Adrienne has always had a passion for music!

We’re excited to bring you the news that in April of 2007, she’ll be releasing her new CD “Anomaly” with Wrong Records along with Producer Daniel Wise! To hear samples from the CD and view video of Adrienne recording it, you can visit her MYSpace at Adrienne Frantz on MySpace!

Adrienne started performing at a young age. At three, she held private dance recitals for friends and family and by thirteen she was singing “The Star Spangled Banner” at professional sports events all over Detroit, Michigan. It wasn’t until Adrienne was sixteen that moved to New York City and landed numerous commercial roles. In 1997, she caught her big break, landing the daytime role as Amber on Bold and the Beautiful.

Soaps.com wants to wish Adrienne much success with her upcoming CD!

Meet Doug Davidson On The Price Is...