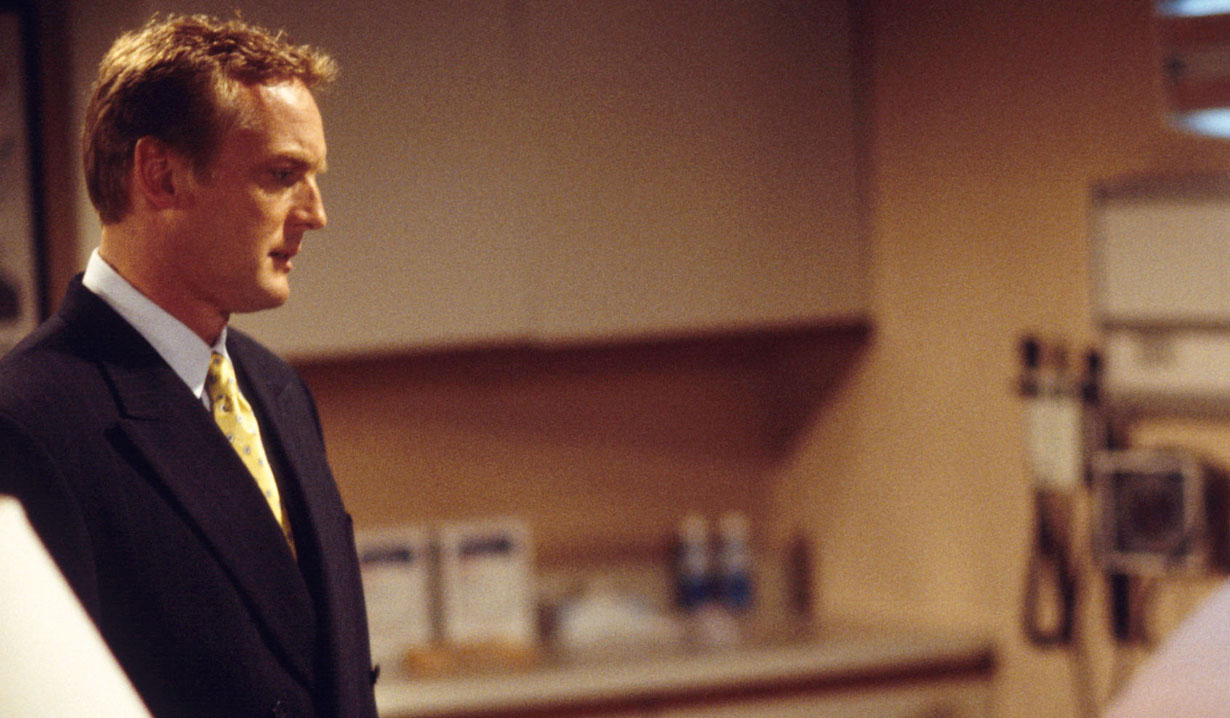 In this week’s “The Young and the Restless” Throwback Thursday poll Soaps.com takes readers back to 1983 when a former prostitute named Cindy Lake died in Paul Williams’ arms…

Jack and Phyllis Abbott have reached a crossroad in their marriage and are uncertain what the future might hold. Years ago, Paul’s future was shattered when his fiancée Cindy died in his arms. Paul had been working undercover to infiltrate the mob when he met and fell in love with Cindy, who was described as a hooker with a heart of gold. When Paul’s identity was blown, Cindy was injured and ended up in the hospital.

Paul stayed by Cindy’s bedside until she woke up and admired the engagement ring on her finger. Paul promised to make it official upon her release and they professed their love. Though Paul tried to lighten the mood with talk of their honeymoon destination, Cindy asked him to lean in closer. She wanted nothing but the best for Paul, including his happiness, and sadly admitted it wouldn’t be with her. Cindy knew she was dying and as tears streamed down their faces, she asked Paul to hold her. He took Cindy in his arms where she died moments later.

Weekly spoiler video: Chelsea is out...