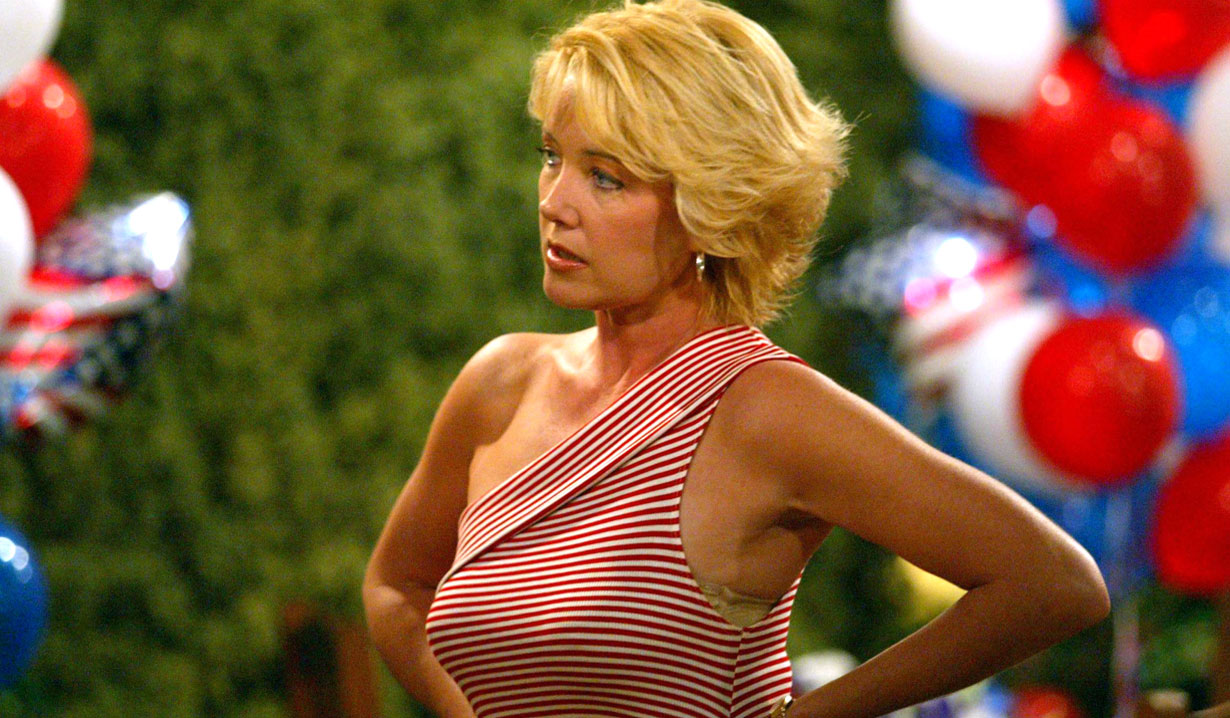 A variety of guests to ensure excitement.

This week’s “The Young and the Restless” Throwback Thursday poll takes readers back to July 4, 1997 when Nikki Newman Landers held a big holiday party at the Newman ranch…

Pool parties in Genoa City have gone on for years during the Fourth of July and back in the 90s Nikki and her husband Joshua Landers invited various guests to one at the Newman Ranch. Nikki placed calls to friends and family, some refused and others accepted her invitation to the annual Newman pool party. When Grace Turner initially turned Nikki down, due to her affair with Nick, Sharon became suspicious as to why her best friend wasn’t planning to attend, leading Nick to convince Grace to show up with Tony Viscardi.

Diane Jenkins felt uncomfortable as well and didn’t want to attend but Victor convinced her to accompany him to his ex-wife’s festivities. However, they weren’t invited, which left Nikki scrambling to defuse drama between Victor, Diane and Jack Abbott. Ashley did her best to drag Jack away but he pointed out to Victor and Diane that he had been invited and planned to stay for the fun, which included him taunting Diane about all of Victor’s ex-wives present at the party. Nikki was at her wit’s end and finally received some reprieve from the drama when she heard the phone ringing from inside the main house.

Last week’s answer: When John Abbott offered Chris Brooks an exclusive modeling contract at Jabot he expressed plans to develop a campaign around her, with tons of perks.

Care to buy Melissa Ordway and...