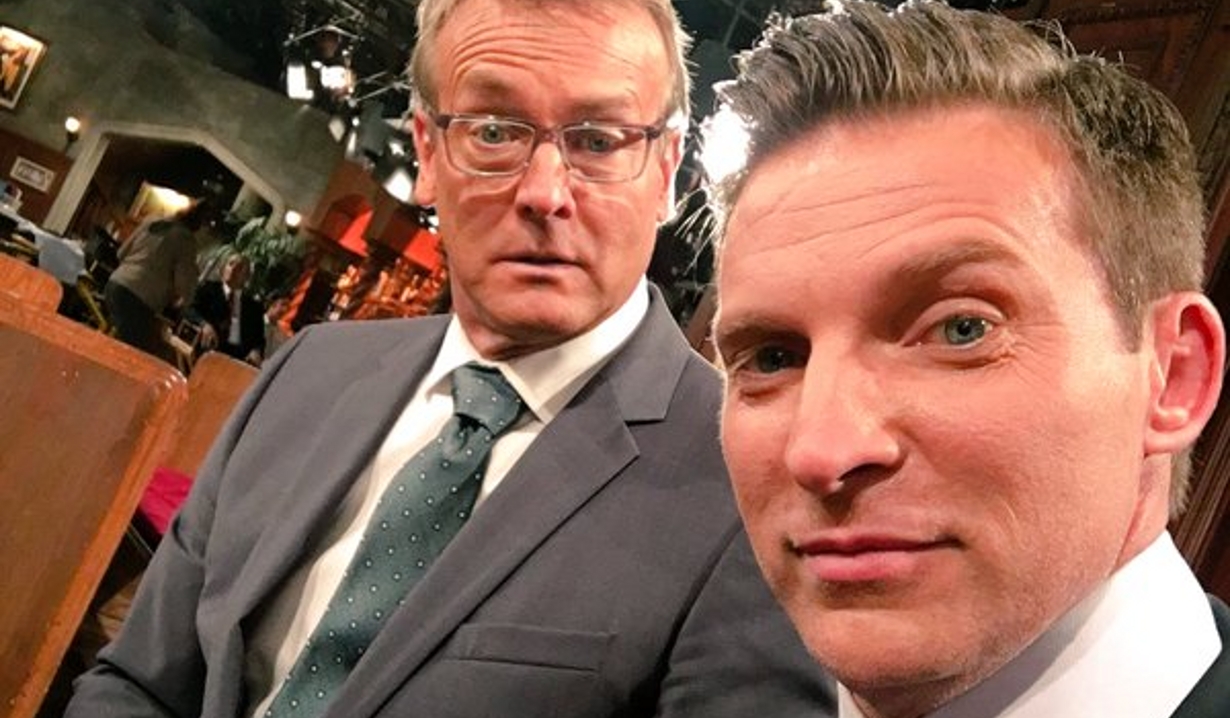 This week, the stars of “Y&R” talk about youphobia, figuring it all out, and brilliant mermaids.

@Traceybregman I love you!! Thank you❤️❤️❤️

On way to NBA FINALS! pic.twitter.com/mtP7TBFPtQ

You: "I feel like crap today."
Me: "Here's a hug and some toilet paper".
You: "Hugs are overrated and the TP is too abrasive.
Me: Like you?

Why do we all look so shocked? Cause it was game night and @joeykingactress was no where to be… https://t.co/lxJsLzXXxF

A first.. (Your T.V. Mom) How sweet!! Xxoo jesswalton https://t.co/QqLzoXlXdy

It makes me smile to think Ali and Prince are having a quick feet dance competition in the heavens right about now. #FloatAndSting #RIPChamp

I also sang karaoke with Justin Bieber when he was nine.Just say N' https://t.co/Yc5nAkXxpM

@HunterHaleyKing Seriously, congratulations!!! You go girl! All irons in the fire!!

Does anyone really care that "Eddie Munster" declared his support of ANYTHING or ANYBODY?? PLEASE!!

Lunch with the babe @ Aroma Coffee and Tea https://t.co/E4YbMxWB4N

When u do a film 2 try & bring an end 2 bullying & someone bullies u on ur Instagram by commenting 25 times about how awful they think u r ?

I see this! Thank you very much. Kind words. Adam does kick ass! Thanks for watching. https://t.co/07OoXYH3vC

#waybackwednesday with these hot chicks ?? and a random photo bomber https://t.co/d6Dprsb2o8

Casually pushing the hair out of my face to gaze at my super cute dress from serenaboutique_… https://t.co/ZSO7cefYu4

@MelissaOrdway hahaha I love you!

Sending positivity, strength, comfort, and hope to the victims, the families, & all who are enduring the chaos & tragedy at #UCLA today. ❤️

I love that Luca is trying to figure it all out. That sort of transition and evolution is so human. #YR https://t.co/1WYI4LUav8

What kind of proposal could Summer have for Luca? Keep watching….. ? #YR

From 1 angle, there's something really intriguing about ppl who can effortlessly let go of "things/ppl" that no longer "serve" them. But…

When u & ur sis @joeykingactress both hav separation anxiety & haven't seen each other in 4hrs & shes finally home.. pic.twitter.com/FYT7JiCR6h

There's also something borderline disturbing about it. Are we here to be served? Or be of service? Both? ? 2 each his own! #ATime4Everything

Another great day in GC with DAD! @DougDavidsonYR @YRInsider @YandR_CBS have a great day. pic.twitter.com/6qEr8T0uQP

@MilesGastonV @YRInsider hahaha ok I'm obsessed with you cuz u called me a mermaid?? excited for the tweetin tomorrow!

Catch up with the news on Y&R alum Marisa Ramirez’s baby girl before getting up to date with the latest information concerning Victoria Rowell court case against CBS/Sony.