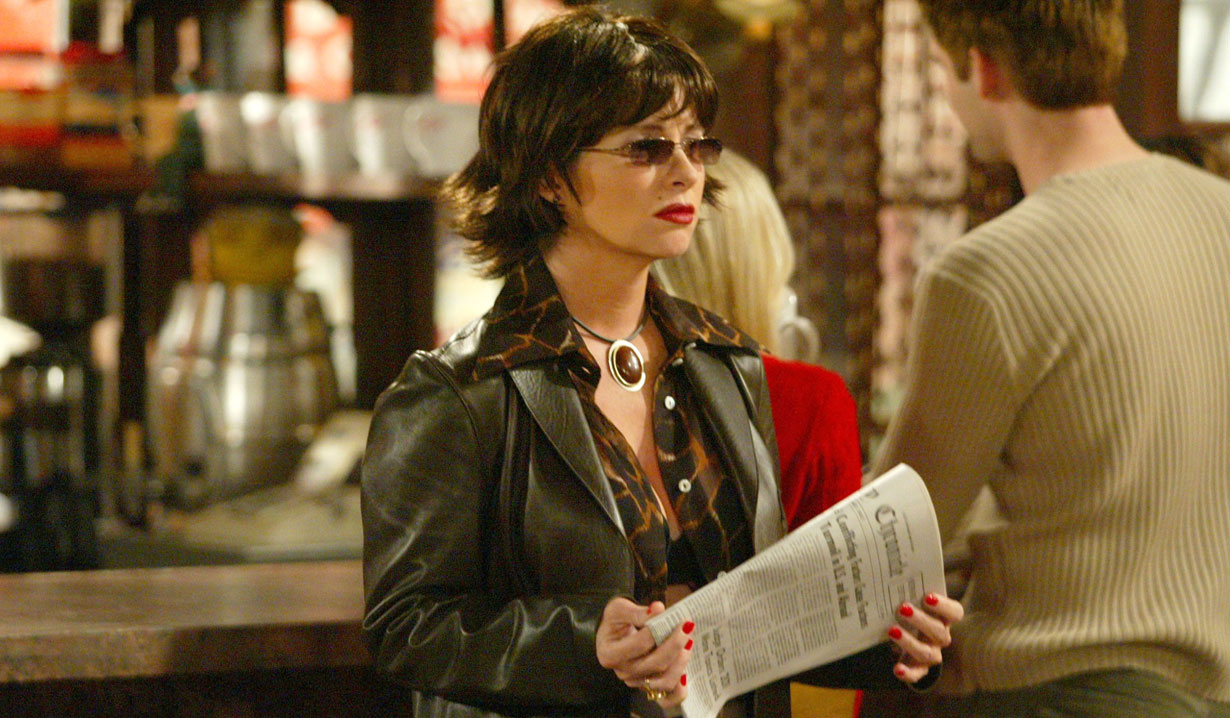 “I found out something tonight, something ugly and sick.”

Soaps.com is revisiting a time back in 2002 when Michael Baldwin barged into Paul and Isabella Williams’ apartment with news about Kelly Simmons…

These days Victoria Newman has been getting to know and sleeping with Travis under the disguise of a receptionist named Tori. Years ago, Christine Williams disguised herself as a woman named Kelly Simmons in order to get dirt on Isabella, who was married to her ex-husband Paul Williams. Kelly made her way around Genoa City asking questions about Isabella. When Paul came across her, he recognized Christine – and Michael found out about her ruse as well.

Michael located Isabella and revealed that Christine and Kelly were one in the same. Though he didn’t know for sure if Paul knew, Isabella recalled Paul acting strangely toward her and feared he’d been in on Christine’s attempt to access incriminating evidence in order to get out of their marriage. Michael then revealed that there was someone helping Christine keep up the disguise, which sent Isabella into a panic, begging Michael to help her figure out what to do.

Last week’s answer: After Victoria Newman confronted her stalker Gary Dawson he responded by saying, “None of this is your fault.”

Relive who came to the rescue when Isabella Brana tried to kill Christine Williams.