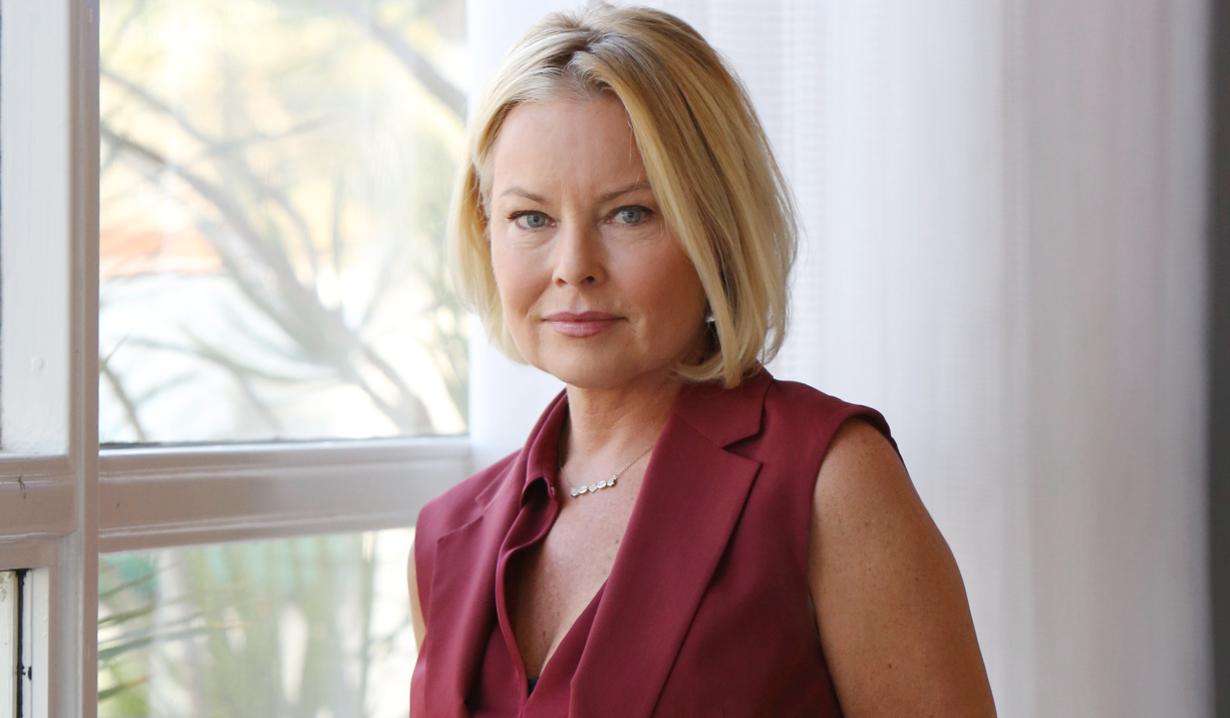 A soap alum faces the courts.

Updated April 9: Soaps.com has learned that Jensen Buchanan once again faced the judge during a probation violation hearing in the Santa Maria Superior Court on Friday April 6. Though she was accused of violating her probation, Buchanan was found not-guilty after Judge James Voysey ruled that no violation had taken place. The former soap actress was released from Santa Barbara County Jail and ordered to report to probation on Monday.

Both sides gathered for Jensen Buchanan’s probation violation hearing on Friday March 2, where parties debated the accuracy of the ankle monitoring device that the actress was ordered to wear after her November 2017 release. Testimony will recommence on Friday March 16.

Soaps.com learned on February 1 through court records that Jensen Buchanan’s probation violation hearing has been moved up to Friday March 2 at 9:30 AM in front of Judge James Voysey in the Santa Barbara Superior Court. The former actress’ bail was once again denied on Wednesday January 31, therefore Buchanan will remain in jail until her hearing.

On January 25 Soaps.com found that court records showed the hearing date for Jensen Buchanan’s probation violation would be on Wednesday January 31 in front of Judge James Voysey at 9:30 AM. As of today, the former soap actress is still in custody.

Jensen Buchanan went before Judge James Voysey in the Santa Barbara Superior Court on Monday January 22 at 8:30 AM and was denied bail on her alleged probation violation. Though a probation violation hearing date could not be set on Monday, due to counsels’ scheduling conflicts, both parties will be back in court this morning at 8:30 AM to try to set a date. The former soap actress remains in jail.

On January 18 Soaps.com learned that Jensen Buchanan has been placed in jail for violating her felony probation and is currently in custody (as of 1:15 PM Thursday) in the Santa Barbara County Jail. Noozhawk news is reporting that the former soap actress is scheduled to be arraigned before the judge today in the Santa Maria Superior Court on the probation-violation charge. Probation officers are alleging that alcohol was registered on her device between December 29 through January 11 – with a peak reading of 0.18. Oxnard Police reportedly arrested Buchanan, who was ordered to avoid alcohol, on January 12. Court documents also show that Buchanan will be back in court for a ‘Probation Violation Readiness & Settlement’ hearing on Monday January 22 at 8:30 AM.

Apparently, Buchanan had been out of custody on an alternative sentencing, entailing the use of an electronic alcohol monitoring device.

We learned on Friday October 6 former soap actress Jensen Buchanan was sentenced to 1 year in county jail and 5 years probation after previously pleading guilty to DUI. Noozhawk news reported that Judge James Voysey heard statements from the victim and his wife, who urged him to impose the maximum sentence of 6 years in prison.

“Even though I didn’t die that day, in a very real sense she took away my life, because now I am going to die sooner than I probably would have,” Bradley Asolas stated. “I will list my injuries because it’s insane how broken up my body got. You might give her the max. I have basically been given a death sentence. Quite frankly, I didn’t die that day, I very well could have. They kept me alive those doctors. Praise the doctors at Cottage Hospital, they kept me alive.”

Buchanan’s defense attorneys Josh Lynn and Dmitry Gorin said during the last 16 months, the former soap actress has remained sober and changed her life. “The circumstance after this accident was one I have just never seen on either side that I have been on —a defendant doing what she has done,” Lynn said. “And it’s not because she had money or because she was well-known.”

Buchanan, in handcuffs, faced the courtroom and addressed the Asolas family. “I’m the drunk driver who caused tremendous emotional pain and suffering to your entire community and family. I made the tragic choice to drink and drive, changing the course of your life forever. What I did is wrong. I am deeply and profoundly sorry for all the pain and suffering I have caused all of you.” She went on to say, “I promise you there is no incarceration that will be as difficult as living with the knowledge of the damage that I have inflicted on you and your family. I am forever changed by what I have done. I will live, rightly so, with the horror of what I have caused.”

The judge had a very hard time determining the punishment and stated, “If prison would give back something to the family,” he would have imposed the maximum sentence. During Buchanan’s sentence, she’ll be supervised and will attend programs for her disease of alcoholism. “Should Ms. Buchanan violate the terms and conditions of her probation, every day of that six-year prison sentence is right there, and I would not hesitate to impose it,” Judge Voysey warned.

The Asolas received a $5 million settlement from Buchanan’s insurance.

As reported on August 21, though Jensen Buchanan entered a not-guilty plea to driving under the influence back in October 2016, Soaps.com has learned that on Friday August 18 the former soap actress pleaded guilty, as reported by the Santa Maria Times. Her sentence could consist of five years of probation plus up to a year in county jail. The victim, Bradley Asolas, and his wife, Sandy, spoke out at the latest hearing…

“I think it’s wrong. My life’s forever changed, and she got off with a slap on the wrist,” Asolas said. “When I drive now, I always wonder, if I’m involved in a crash again where the airbags break out and my heart gives out again, I can actually die this time.”

Sandy added, “She drank, hit my husband and he almost died and I had to sit through that, watch him go through that, and all of our lives are changed forever.”

Buchanan’s sentencing hearing is set for Friday October 6. Judge James Voysey will also hear about Asolas’ medical conditions during this time and informed Buchanan that her conditional sentence may change after the fact.

On June 19, Soaps.com learned Jensen Buchanan’s preliminary hearing, which was to begin on June 9, had been postponed to Friday August 18. The Santa Ynez Valley News is reporting that the hearing will last about four hours, beginning at 8:30 AM in Department 8 of the Santa Maria Superior Court. Judge Gustavo Lavayen will preside.

On May 18, Soaps.com reported that Jensen Buchanan appeared before Santa Barbara County Superior Court Judge Gustavo Lavayen on Wednesday May 17, along with the victim Bradley Asolas and his family. Since a preliminary hearing date was set for June 9 it appears attempts to reach a plea deal had failed, as reported by Noozhawk News. The crime in question took place one year ago on Wednesday May 18, 2016. Soaps.com will continue to update readers as the preliminary hearing begins.

On March 16 Soaps.com reported via Santa Barbara’s Noozhawk News that former “Y&R” actress, Jensen Buchanan, entered a Santa Maria courtroom on Wednesday March 14 and learned that her case has been continued to Wednesday April 5. It’s possible on that date that the former soap actress could be informed whether or not she’ll receive jail time for her felony crimes stemming from driving under the influence of alcohol and causing injury. While the DA believes Buchanan deserves to go to prison, her defense team is hoping for probation, due to her having no criminal history.

Jensen Buchanan appeared in court with her attorneys on January 11, 2017 and learned that she will wait two more months for a preliminary hearing date pending a pre-plea report from the Probation Department. The Santa Maria Times reports that the case was continued until March 15.

As previously reported by Soaps.com, The Santa Maria Times stated that on Friday October 14, 2016, in Santa Maria Superior Court, Jensen Buchanan’s defense attorney Meryl Chambers entered a not-guilty plea on her behalf to felony DUI. Buchanan, who was in attendance, was ordered by Judge Patricia Kelly to continue to wear an electronic monitoring bracelet and remain in a sober living facility until her next court date on Wednesday November 30 upon which a preliminary hearing date will be set.

According to the Santa Maria Times, Jensen Buchanan appeared before the court today and failed to enter a plea on the charges against her in relation to the car crash on May 18. The actress, who was wearing an ankle-monitoring bracelet and reportedly appeared ‘disheveled’, has entered a live-in residential treatment program and attends Alcoholics Anonymous meetings daily, according to her lawyer, Dmitry Gorin.

Santa Barbara District Attorney Joyce Dudley announced on June 14 that actress Jensen Buchanan has been charged with felony driving under the influence of alcohol causing injury, and felony driving with a blood alcohol level of .08 percent or greater in relation to the car crash on May 18. Santa Barbara’s Noozhawk reported that she has also been charged with causing great bodily injury to 56 year-old Bradley Asolas of Camarillo, California, with an allegation that her blood alcohol level exceeded .15 percent. Court documents allege that she was driving with a blood alcohol level of .34 percent when the incident occurred.

Buchanan is due to be arraigned in court in Santa Barbara on June 22.

“The Young and the Restless’” former actress, Jensen Buchanan, who recurs as Genoa City’s Elise Moxley, was involved in a car crash early on Wednesday May 18, according to CBS Los Angeles. The report indicated that Buchanan was driving her black 2016 Mercedes at about 6:20 AM local time on State Route 154 near Santa Barbara when her vehicle drifted across the center line and struck a white 2014 Ford C-Max traveling in the opposite direction. Both Buchanan and the other driver were taken to the hospital, where the actress was treated for minor injuries, and the 56 year-old male driver of the white Ford was found to have suffered major injuries as a result of the crash. Later, Buchanan was arrested for DUI.

Jensen Buchanan joined Y&R in November 2015, though she is no longer working on the show. She is a true daytime veteran, having appeared on “One Life to Live” as Sarah Buchanan, “Another World” as twins Vicky and Marley Hudson, “As the World Turns” as Vicky McKinnon, and “General Hospital” as Melissa Bedford. The actress just completed work on the film, “Wraith.” 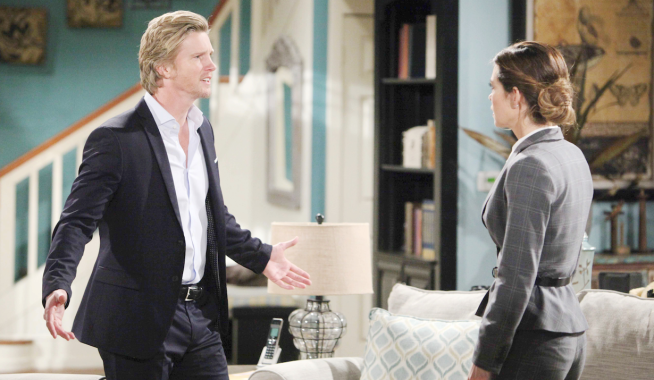 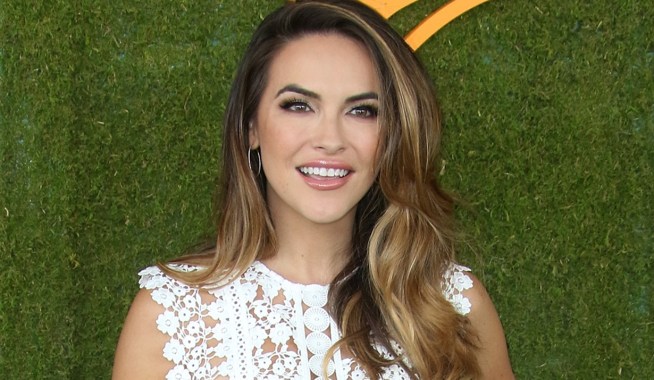