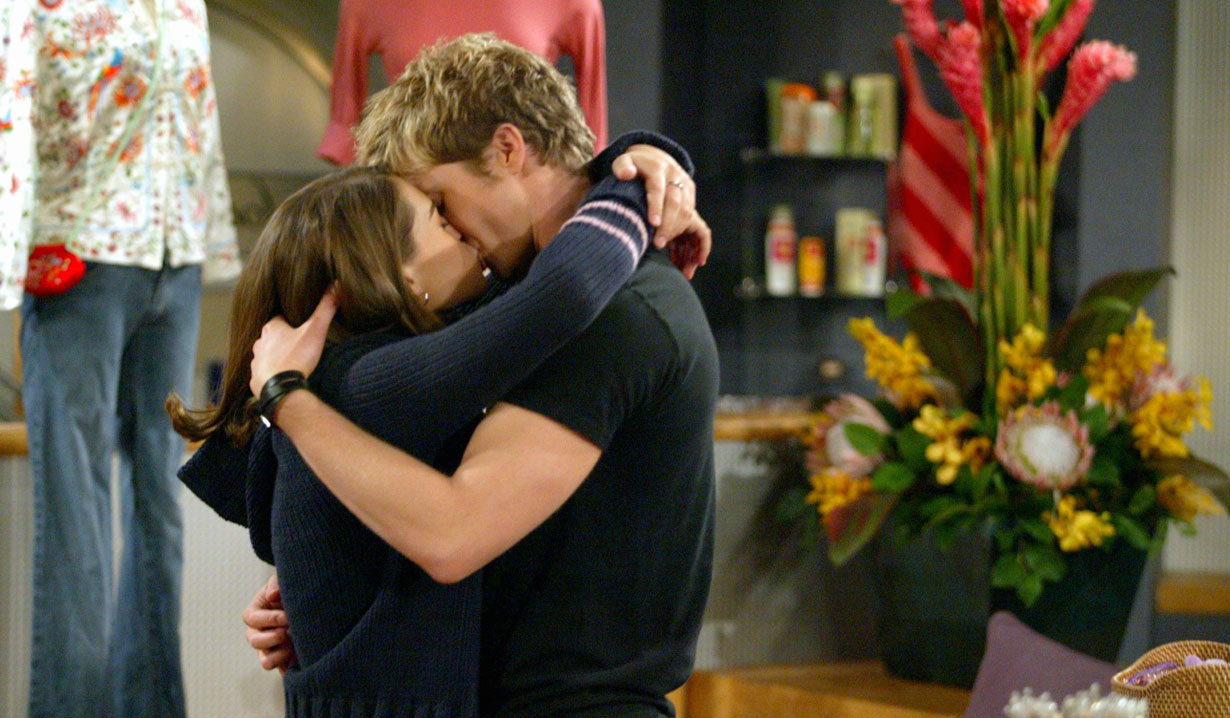 Contributing to the delinquency of a minor.

Soaps.com is going back to 2001 in this week’s “The Young and the Restless” Throwback Thursday poll when Colleen Carlton and JT Hellstrom were forbidden to see each other…

Nick, Noah and others have warned Summer away from Luca and Vikki even tried to buy Luca out of Summer’s life. None of it worked, just like back in 2001 when Colleen Carlton and JT Hellstrom refused to heed John Abbott, Traci Connolly and Brad Carlton’s warnings to stay away from each other. As many of JT’s friends went away to college he was forced to attend Genoa City University. His GPA was so poor that JT needed additional help before he could even begin classes at the local college. Colleen, just fourteen years old, had a crush on JT and offered to tutor him.

During the time, JT fell for Colleen but the couple was forced to meet in secret, due to her grandfather and her parents forbidding her to see the much older JT. Colleen snuck out to meet JT one day and was caught in the park by Traci who’d returned to Genoa City. Traci immediately called the police, had JT arrested for contributing to the delinquency of a minor and announced that Colleen would be returning to New York City to live with her.

Last week’s answer: Nikki slapped Sharon across the face after learning that Sharon and Nick had gotten back together – and after Sharon claimed Nikki had lost control of their lives.